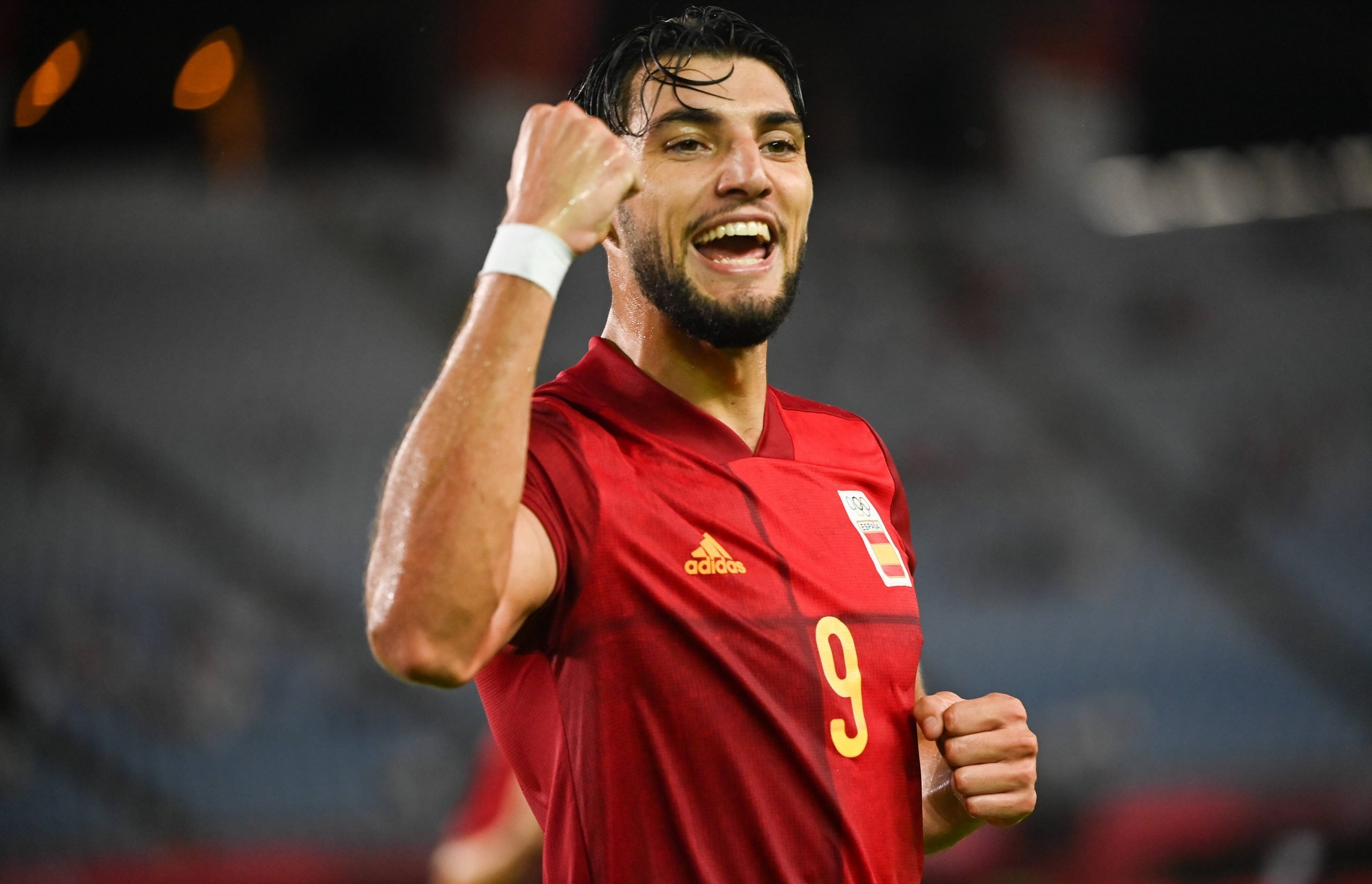 As per a report from SPORT (h/t SuperDeporte), Barcelona have been offered an opportunity to sign Wolverhampton Wanderers’ 24-year-old striker Rafa Mir.

The Murcia-born forward spent a couple of years within Barça La Masia academy between 2009 and 2011 before having stints with Real Murcia and Valencia, following which he ended up at Wolves in January 2018.

However, Rafa Mir failed to settle down with the Premier League outfit. The striker has had loan spells away at UD Las Palmas, Nottingham Forest and SD Huesca, with the latter one lasting eighteen months, during which he impressed quite a bit.

Indeed, Rafa Mir enjoyed a productive 2020/21 campaign, scoring 16 goals in all competitions. His exploits in the Tokyo Olympics with Spain have seen his stock rise further, especially after his hat-trick against Ivory Coast that sent La Roja into the sem-final.

Now, it is being reported that Barcelona have been offered the chance to sign the two-time capped Spanish international by super-agent Jorge Mendes. It is not the first time that the Catalan giants were given an opportunity to sign Rafa Mir, with the club having turned him down only a few months ago.

However, the 24-year-old is now back on the table for the Blaugrana, who could potentially be losing Rey Manaj as well as Martin Braithwaite this summer.

Wolves, for their part, are also open to cashing in on Rafa Mir as he is in the final year of his contract. The Premier League club would be open to a player exchange as well if the offered star fits their project. Whether that appeals to Barcelona and prompts them into taking up the option of landing him remains to be seen.

It must be noted that the Catalans have already brought in two new forwards in Memphis Depay and Sergio Aguero this summer. And, Antoine Griezmann also looks set to stay.