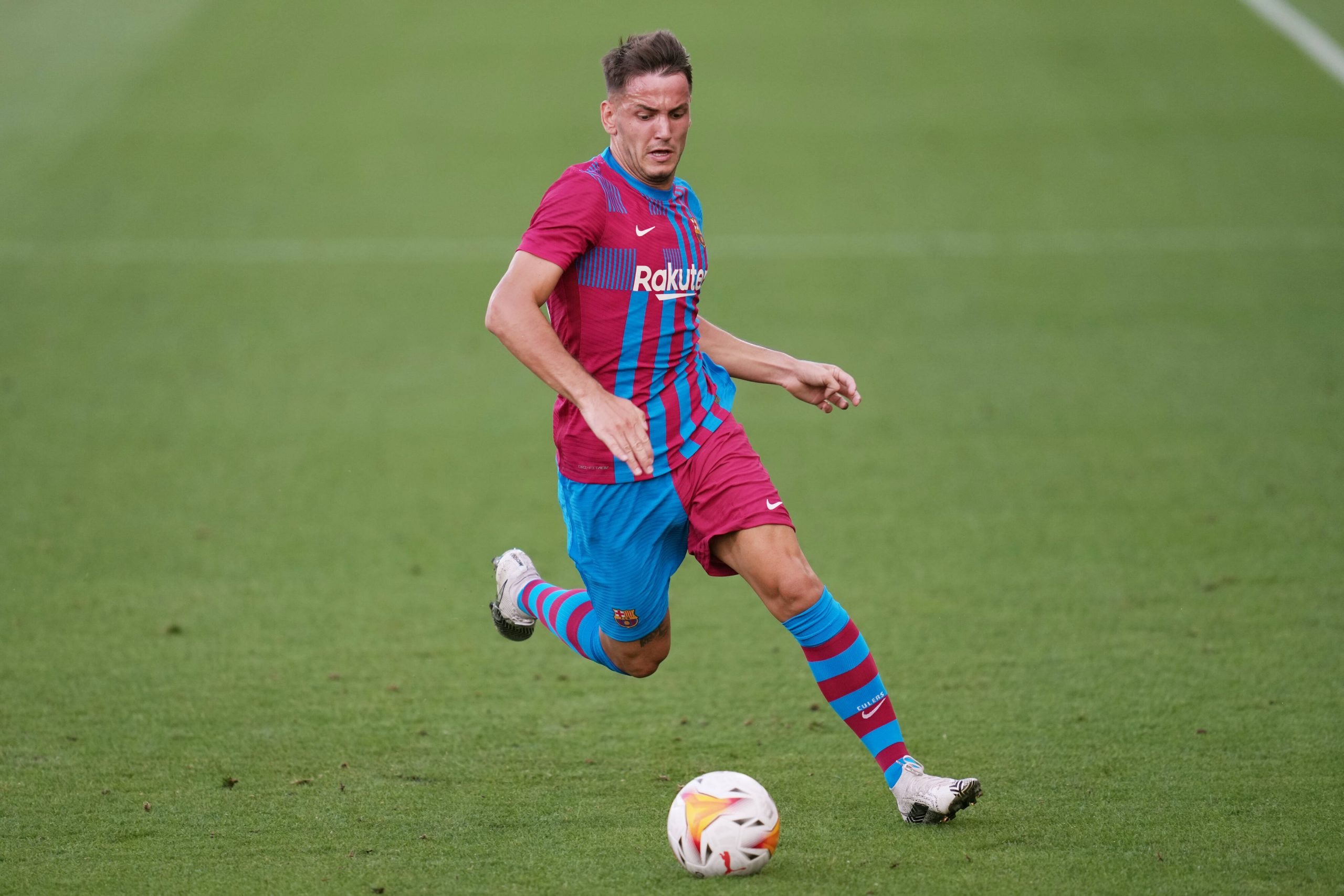 FC Barcelona’s 2021 preseason is almost halfway over. At this juncture, there are some players who Ronald Koeman is sure to rely on in the coming season, and others who know are halfway out the door. Up until recently, both Rey Manaj and Barça were certain that they were going to part ways, but circumstances seem to have changed.

As per a report from Spanish publication Mundo Deportivo, the Albanian has no desire to rush his decision to leave the club. As far as the club is concerned, they intend to sell him for 2.7 million this summer. The likes of Sassuolo and Familicao are interested in him, and both player and club see the next few days as crucial.

For Rey, Barca B was a stepping stone to recover and relaunch his playing career. In his two years playing for the subsidiary, he has been their top scorer. Last season he scored twelve times from 21 appearances, and as such, he has managed to attract attention from several European clubs.

Thus far in the preseason, he has performed superbly. Four goals in just 90 minutes, and as MD reported, his current scoring rate is of a goal every 17 minutes.

Owing to his current scoring prowess, there is a “hype” being generated around him. Barça are thus planning on taking advantage of this extra attention to milk as much money as they can from any possible deal. The Blaugrana are seeking to get around €5million from anyone seeking to make a purchase.