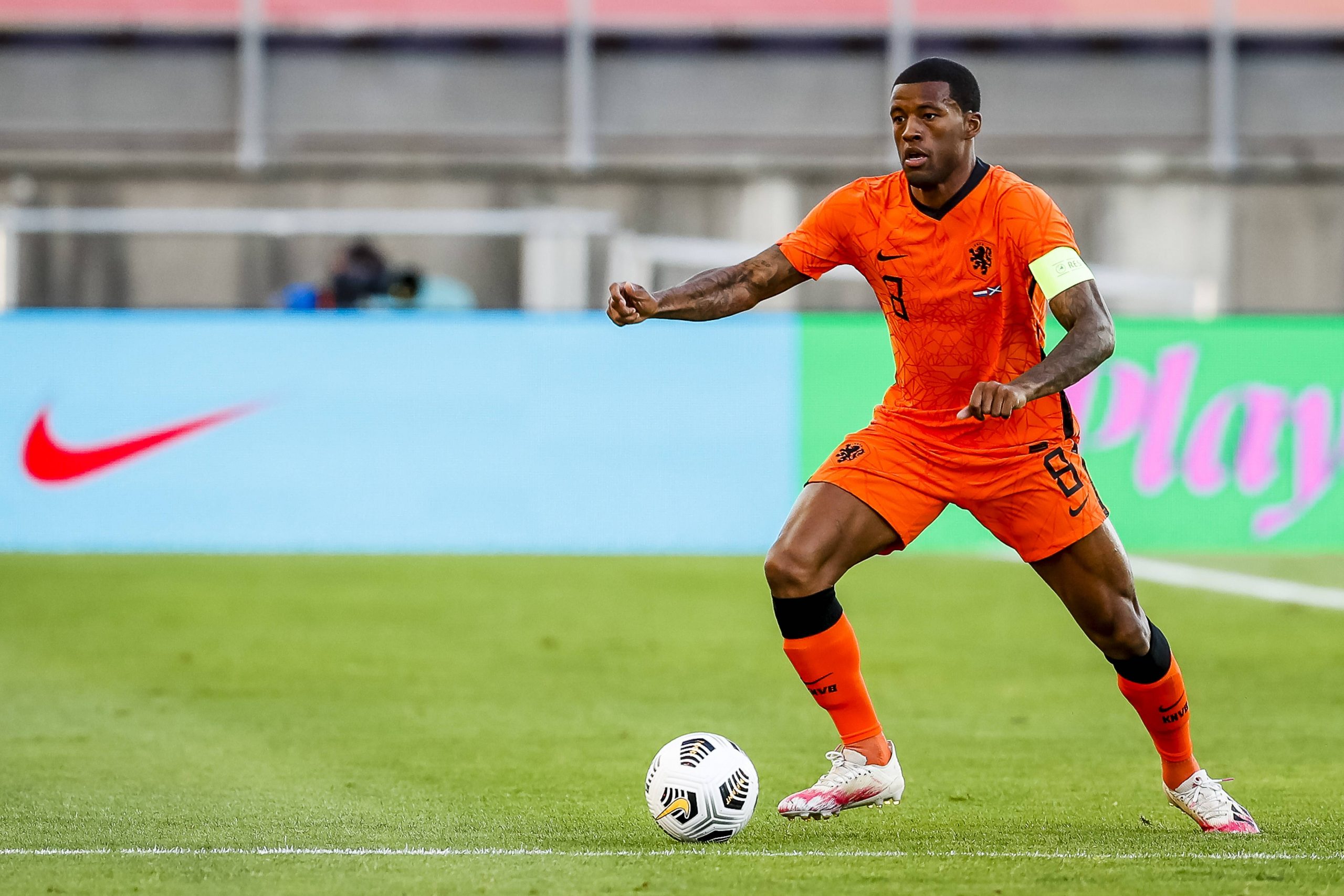 Speaking in a press conference ahead of Netherlands UEFA Euro 2020 clash against Ukraine (h/t Voetbal Zone), Georginio Wijnaldum has opened up on his decision to join PSG instead of Barcelona.

The 30-year-old had been linked with a move to Barcelona for almost a year now. The Catalans had made an approach to sign him last summer but a move had failed to materialise. Nevertheless, for the longest time it was believed that Wijnaldum would eventually end up at Camp Nou when his contract with Liverpool ran out this summer.

However, in a last minute swerve, the Netherlands international decided to snub PSG and instead sign for French giant PSG. Now, shedding light on his sudden change of mind, Wijnaldum said: “Barcelona’s rejection was difficult, I negotiated with them for four weeks but Paris were faster and more decisive. Their project convinced me.”

The former Liverpool midfielder was then asked whether the wages being offered played a factor in his decision, to which he responded: “Yes, I admit I’m going to make more money in Paris, but my choice has nothing to do with the money.”

Wijnaldum is currently with Frenkie de Jong on international duty with the Netherlands for the Euros. The 30-year-old was asked if his decision had left the Barcelona star frustrated, and he responded in the affirmative, saying: “Yes, and not just him, look at social media.”

Wijnaldum did admit that it was a tough call for him to make, given that he was in talks with Barcelona for a while.

“It was a difficult choice, we were negotiating with Barcelona for four weeks but we didn’t reach an agreement. Paris came and they were more decisive and faster, and I also liked their project. But I have to say, I thought I was going to Barcelona, the only club that has been interested in me for a long time,” he said.

Wijnaldum has signed a three-year contract with PSG while Barcelona are now looking at alternatives for the ex-Liverpool star, with AS Roma’s Lorenzo Pellegrini being high on the club’s wishlist.