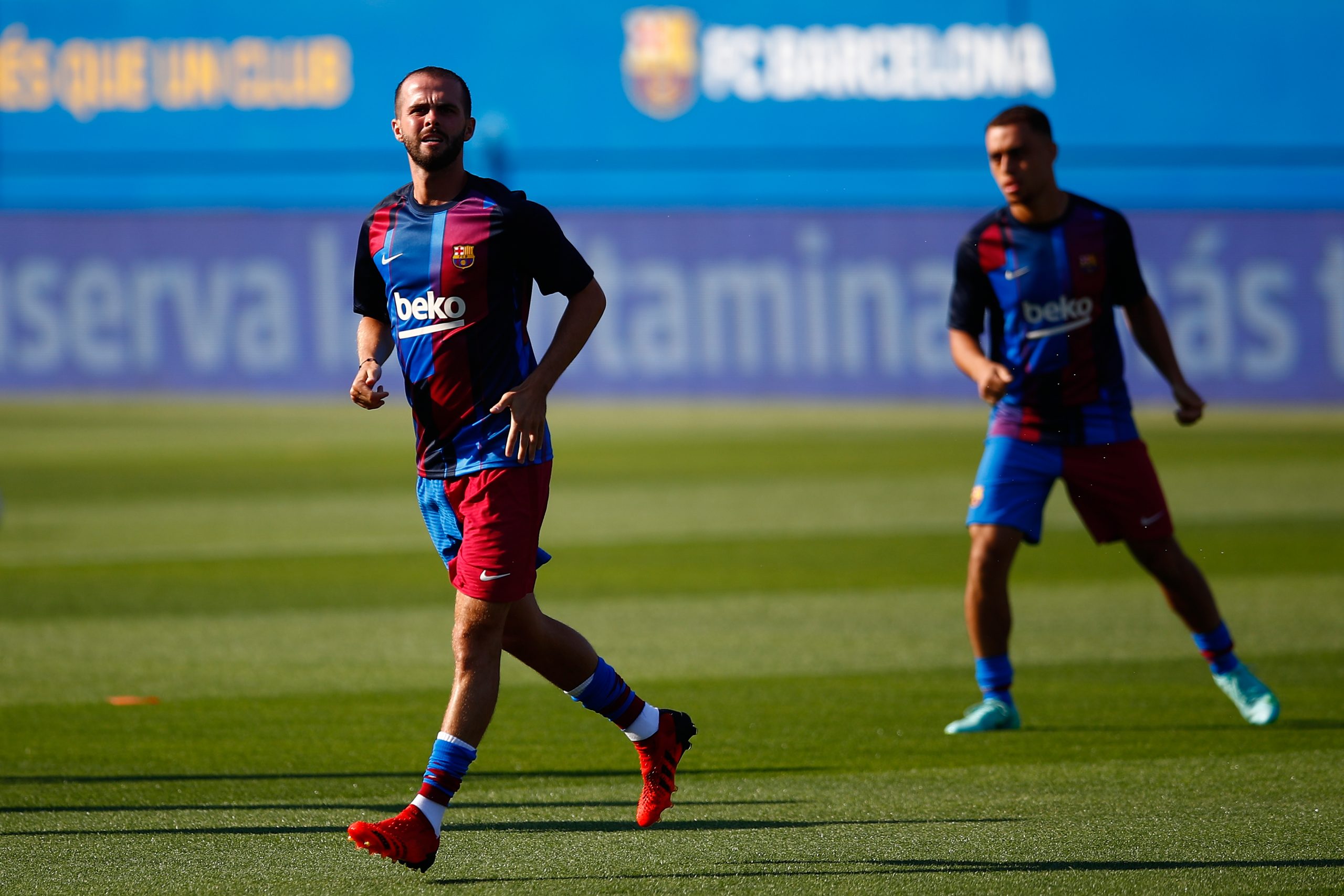 As per the latest update from Fabrizio Romano, Barcelona midfielder Miralem Pjanic is on the verge of completing a transfer to UAE-based outfit Sharjah FC. The 32-year-old flew out to the Middle East on Tuesday and is now set to undergo his medicals today to finalise the move.

Pjanic looked set for a second chance at Barcelona after impressing manager Xavi Hernandez during pre-season despite a lukewarm loan spell away at Besiktas during the 2021/22 campaign.

The 32-year-old was viewed as a backup for Sergio Busquets at Spotify Camp Nou. However, four games into the season, he had not received a single minute of on-field action. The fact that Frenkie de Jong did not depart also went against him.

So, when Sharjah FC approached him with a three-year contract offer, Pjanic took it under serious consideration and decided to join the club.

The Bosnian international pretty much confirmed the transfer with a post on social media last night as he flew out to UAE to finalise the transfer. An agreement over a three-year deal has been in place since Monday.

And now, Pjanic will complete his medical at his new club tpday before an official announcement of the transfer will be made.

The 32-year-old will terminate his contract with Barcelona and join Sharjah FC on a free transfer. Even though he had two years left on his deal with the Blaugrana, the midfielder has waived off his salary payments for that duration, unlike Martin Braithwaite.

Pjanic joined Barcelona from Juventus in the summer of 2020, in an ill-advised move that saw Arthur Melo move the other way. He will depart the club having made 30 appearances, all of which came in his debut campaign under then-manager Ronald Koeman.