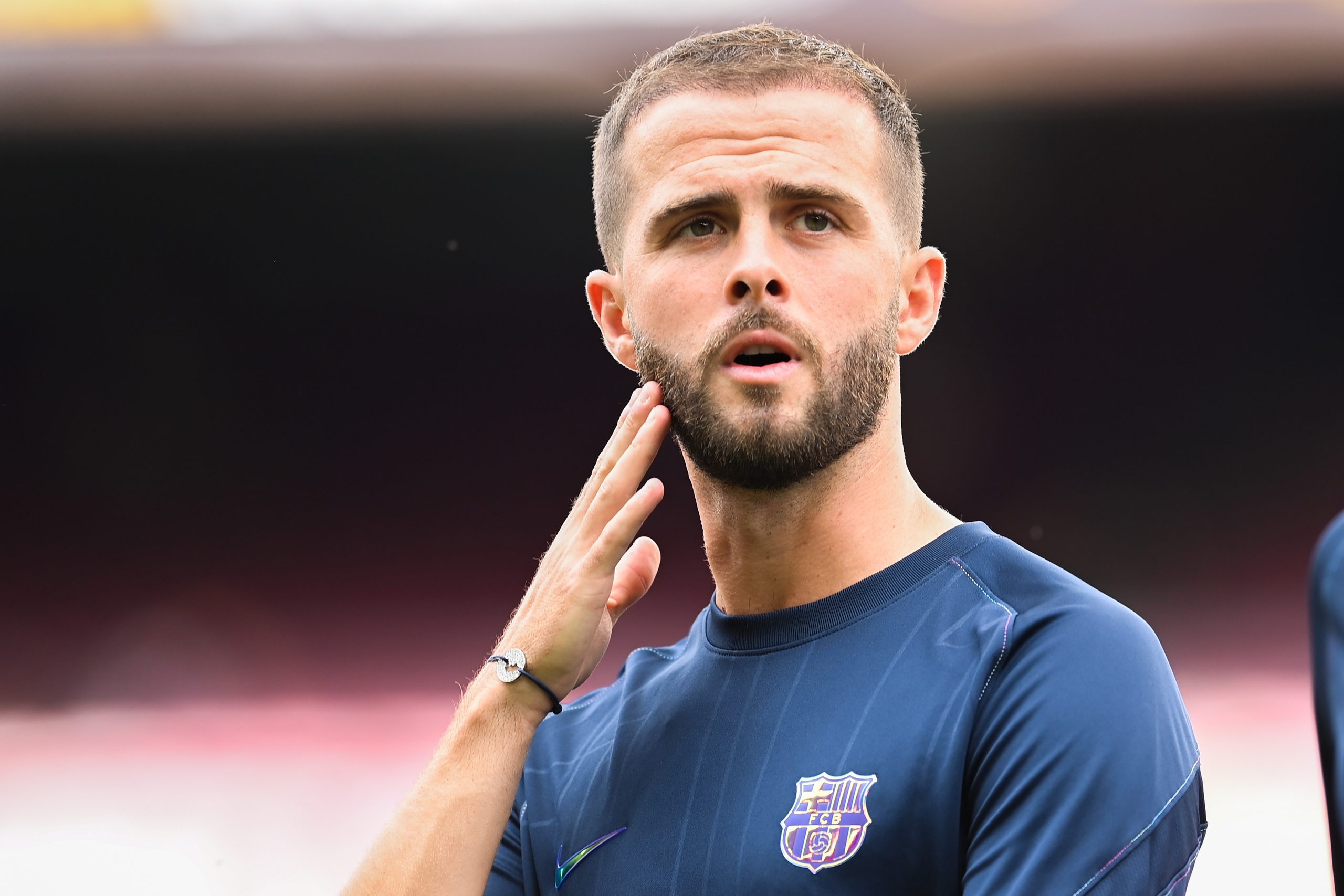 Barcelona could be close to bidding goodbye to veteran midfielder Miralem Pjanic as a move to UAE-based club Sharjah FC could be on the cards for the 32-year-old.

Reports emerged on Monday stating that Pjanic had received a three-year contract offer from the Middle East outfit and Barça would be open to sanctioning his sale as he is not a major part of the plans at Spotify Camp Nou.

And now, Italian journalist Giacomo Iacobellis is reporting that Pjanic is seeing the three-year deal as ‘too good to turn down’.

The report claims that the former Juventus midfielder wants to remain at Barcelona while manager Xavi Hernandez is also keen on keeping hold of him.

However, Pjanic’s current situation is forcing him to seriously consider the offer from Sharjah FC. While he was not sold in the summer as Xavi thought of him as a backup for Sergio Busquets, the ex-Lyon ace is yet to play a single minute of football this season.

Indeed, Pjanic is behind the first-choice trio of Pedri, Gavi, and Busquets in the pecking order while both Frenkie de Jong and Franck Kessie are also ahead of him on the list.

Furthermore, de Jong not leaving the club in the summer has meant that Barça are looking at other ways to trim their wage bill, which casts doubts on Pjanic’s future.

Given the current circumstances, a lucrative three-year contract proposal from Sharjah FC is certain to appeal to the former Juventus and AS Roma midfield mainstay.

Fabrizio Romano reported late on Monday that Pjanic was already close to leaving the club. Whether that comes to fruition or if he decides to stay put at the Catalan outfit remains to be seen.

Should Pjanic leave, it will free up enough salary mass for Barcelona to register the contract extensions of Ronald Araujo and Gavi with La Liga.