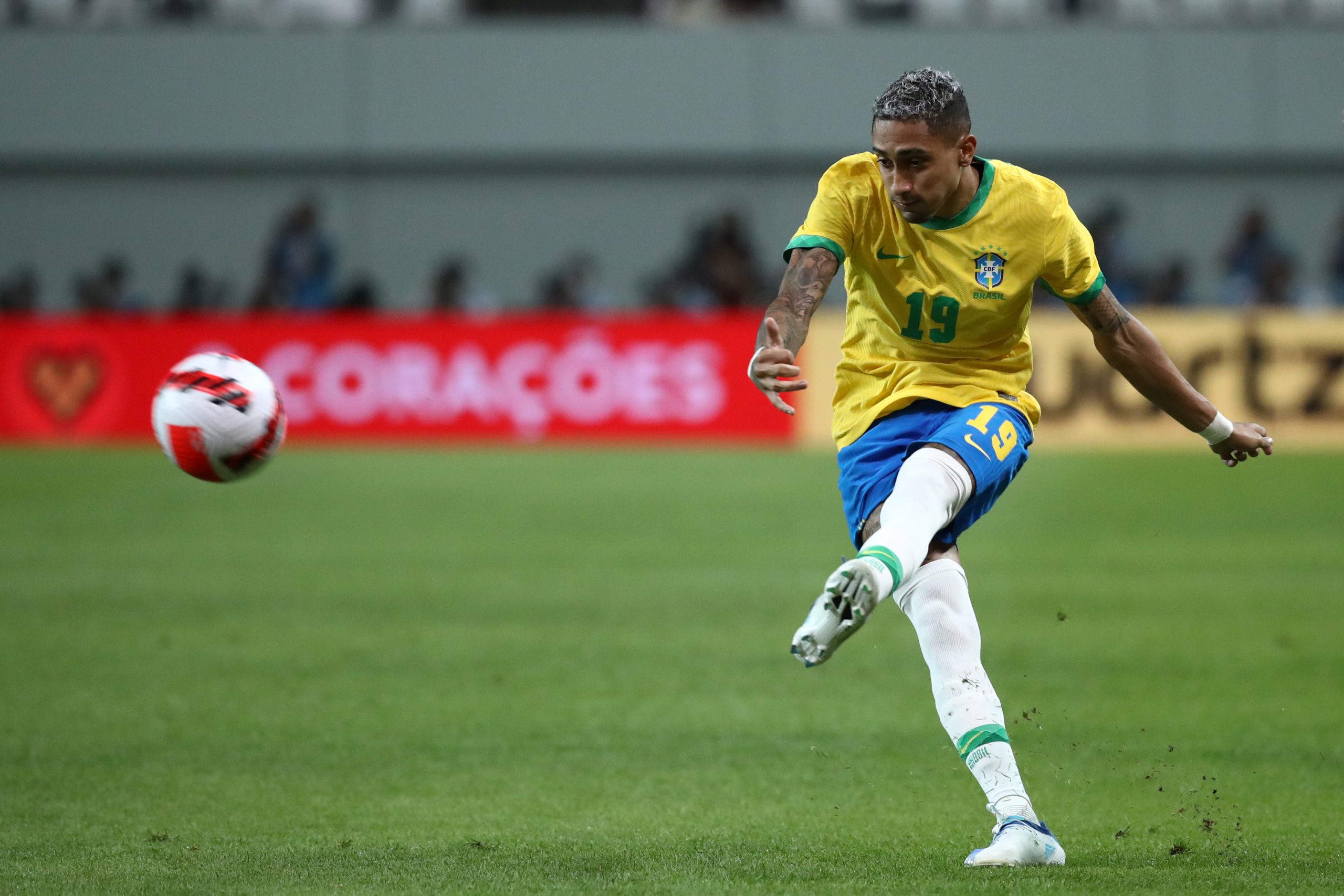 Barcelona’s pursuit of Leeds United and Brazil winger Raphinha got a tad bit more complicated as Arsenal and Tottenham Hotspur have entered the race, reports The Athletic.

The 25-year-old has emerged as one of the most in-demand commodities in the transfer market this summer after his exploits for Leeds United over the past couple of years.

The Brazilian international was critical to the Whites avoiding relegation from the Premier League this past season. But an exit this summer looks to be written on the wall for Raphinha, as he wishes to play European football, with Leeds open to a sale if their demands are met.

Barcelona have emerged as the former Rennes’ forward’s most ardent suitors. The Catalan giants view Raphinha as a direct replacement for Ousmane Dembele, who is all set to depart as a free agent in two weeks.

Barça are believed to have even agreed personal terms with Raphinha, thanks to their close relationship with the winger’s agent, Deco. However, their financial situation has made the move complicated for the club.

The Blaugrana are burdened with a debt of over £1 billion and are currently in no position to sign or register new players. The situation is expected to ease out with player sales and the triggering of Joan Laporta’s ‘economic levers’.

Nevertheless, Barcelona will be operating on a very tight budget and strict Financial Fair Play limits, making things difficult for them to sign Raphinha.

And, Arsenal and Tottenham look to capitalise on the situation, having entered the race to sign Raphinha from Leeds United.

Arsenal are on the lookout for quality additions to their attacking roster that is reliant on young Bukayo Saka. Meanwhile, Tottenham also wish to bolster their attacking options and see Raphinha as an alternative to his compatriot, Richarlison of Everton.

Chelsea, too, have been credited with an interest in Raphinha, although they are currently focusing their efforts on signing Dembele on a Bosman deal.

Leeds are reportedly demanding a sum of €55 million for their prized asset. Whether Barcelona have the means to meet that valuation or end up missing out on Raphinha remains to be seen.