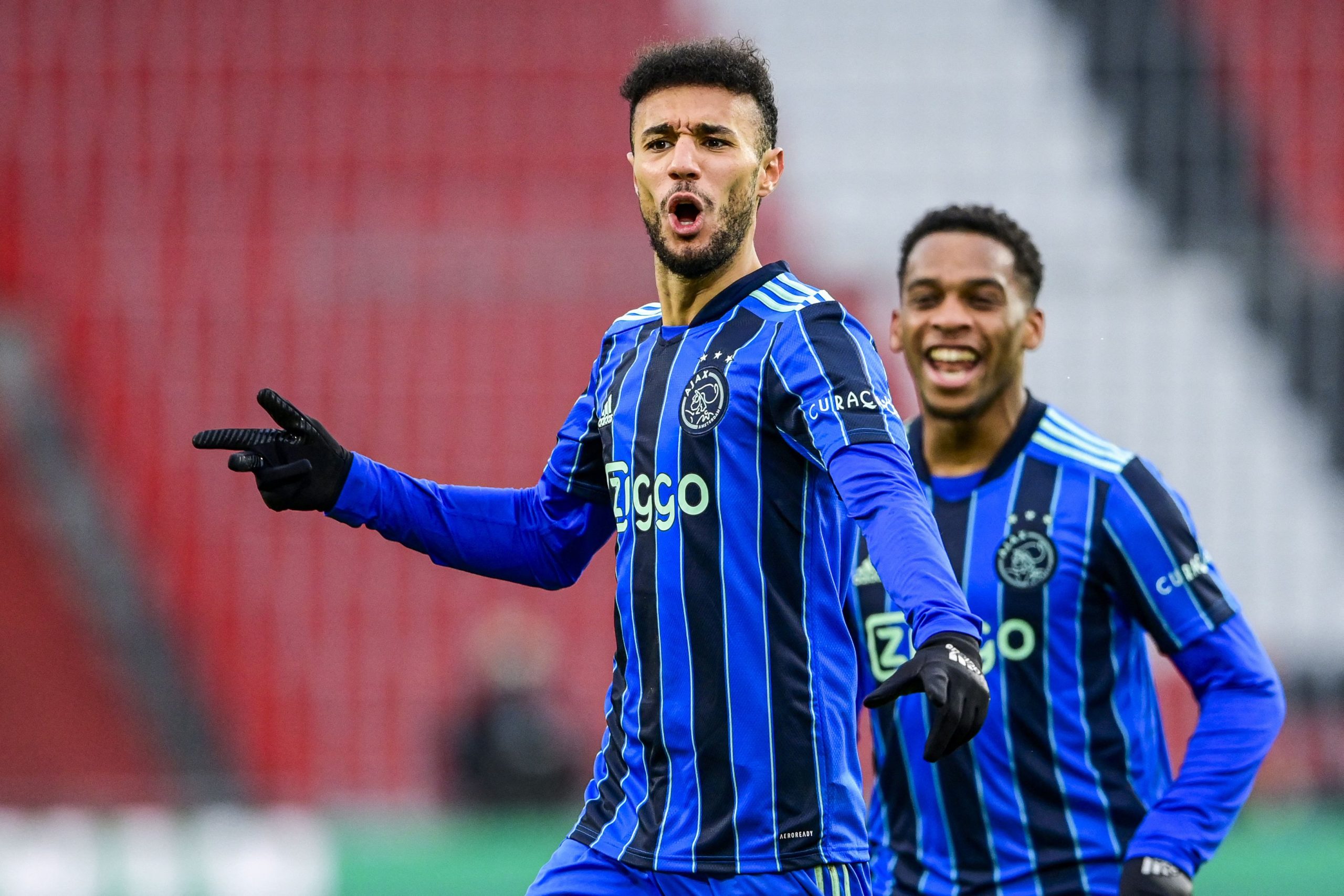 Barcelona have been linked to Noussair Mazraoui for a while now, who has now publicly admitted his desire to leave Ajax in the summer.

The right-back situation at Barcelona is rather volatile right now. Sergino Dest seemed to be a guaranteed starter under Ronald Koeman, but his stocks have fallen significantly since the arrival of Xavi.

Meanwhile, 38-year-old Dani Alves has become a constant feature in Barcelona’s lineup since the managerial change. To add to the mess, Oscar Mingueza, too, seems on his way out with Valencia on the lookout.

Both Dest and Mingueza are on the departure list, and a vacancy has opened up in the department. One of Barcelona’s targets to fill the void is Ajax’s young right-back, Noussair Mazraoui.

Italian journalist Fabrizio Romano has released the statement of the youngster on his contract situation earlier today.

“My future? That’s a good question man. I think the chances of me remaining at Ajax are very small, maybe 5%. I am open for something new – it’s a good moment to leave,” he said.

Despite the Amsterdam outfit’s best efforts, Mazraoui has refused to renew his deal. The 24-year-old has scored five goals and provided two assist this season in the Eredivisie and is probably licking his lips at the chance to play at the Camp Nou.

The Blaugranas aim to kill two birds with one stone with this operation. While Mazraoui can undoubtedly slot perfectly into Xavi’s Barcelona, the operation is also seen as a means to please Mino Raiola in the hope of receiving a boost in the race for Erling Haaland.

As it stands, the youngster will be a free agent in June. Given the absence of a transfer fee, he would be the ideal target for Barcelona to reinforce their right-back department.