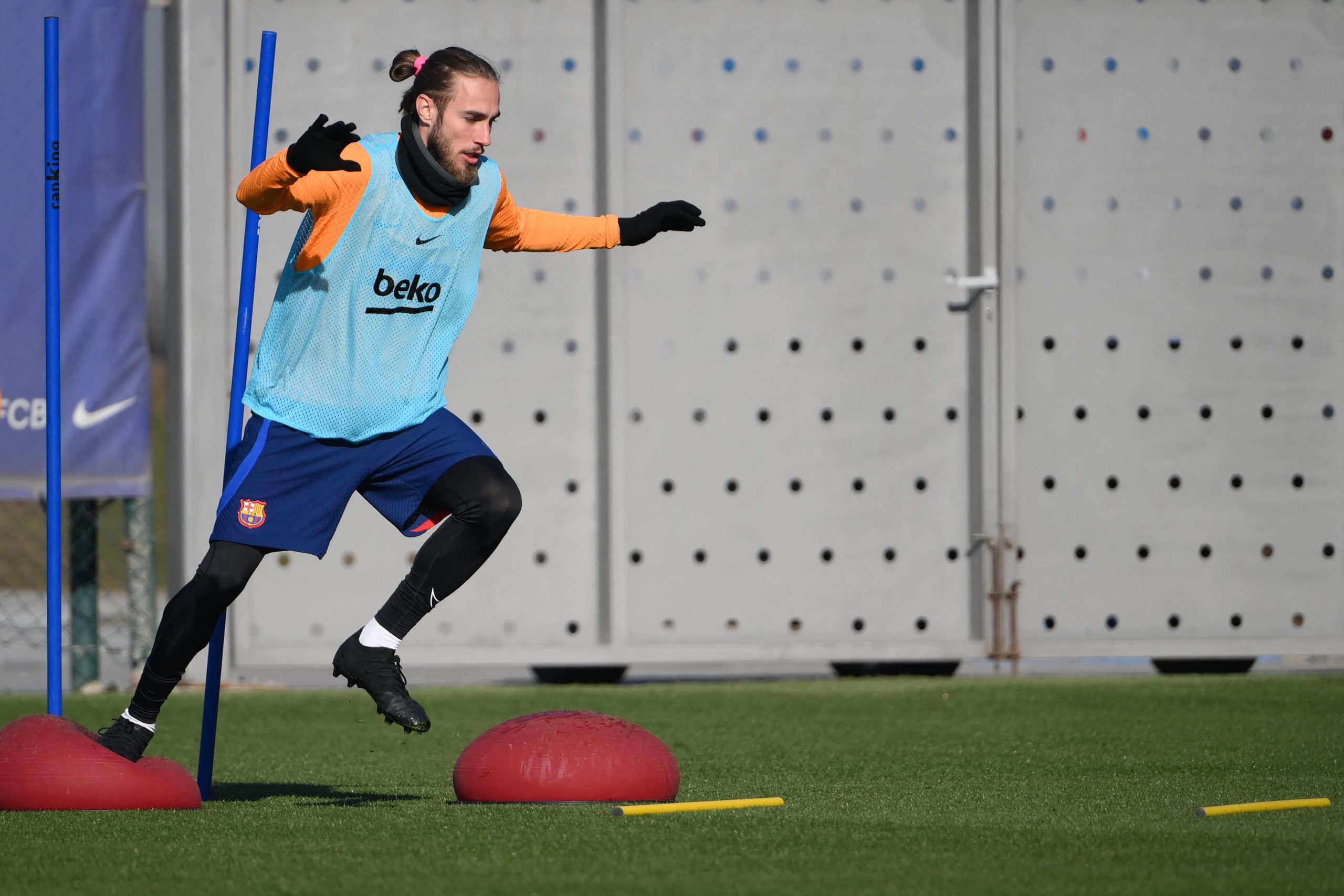 Oscar Mingueza has offers from several teams in La Liga, and could leave Barcelona on loan in the winter transfer window.

Barcelona have had a number of players that they wish to have exit the club. Mostly they have been unsuccessful, with only Philippe Coutinho’s loan deal with Aston Villa succeeding. Another player the Catalans seemingly have no interest in keeping is Oscar Mingueza. The centre-back has been put on the exit list by Xavi Hernandez.

According to a report relayed by Mundo Deportivo, there is interest from three La Liga clubs. Jose Bordalas’ Valencia are the headlining team, who have him on their radar as a potential loan signing. The issue comes in the fact that the Spanish manager prefers Djene Dakonam from his former club, Getafe over him.

The Barça number 22 has been at the club ever since he was 11. He climbed up the ranks in the academy, making it into the B team, where he stagnated for some years. Last season, because of an injury epidemic in the squad, Mingueza finally got his chance and has since represented Barcelona on 58 occasions.

Despite being versatile and showing his capacity to play in all four spots in a back four, Xavi Hernandez does not see him as an essential. Barcelona already have enough players in the right-back and centre-back positions, and Mingueza does not make the qualitative cut.

This season, he has been much less defensively rigid than the last. His performances, especially at right-back, saw him overtaken by Ronald Araujo and Eric Garcia.

Mingueza not short of opportunities

That said, Mingueza has a bucketload of offers if he indeed wants to leave to look for minutes. Mallorca and Celta Vigo are also chasing his signature from within the league, while Hertha Berlin have put their name in the hat from the Bundesliga.

Barcelona, at this pont, are looking for additional clauses to add to any loan deal that goes through. They want to seek financial compensation from Valencia in the event Migueza does not receive an adequate amount of minutes.

Djene, his main competitor, is someone Bordalas knows quite well. He played under the Spaniard all throughout his time in Getafe and is willing to reunite with the Togolese as soon as possible. This season he has represented Los Azulones on 19 occasions and has been a regular for La Geta for years now.

If Mingueza does indeed leave, then the funds amassed will be vital in the forthcoming summer. Barcelona are planning on replacing Mingueza with the likes of Andreas Christensen from Chelsea, among other top central defenders.