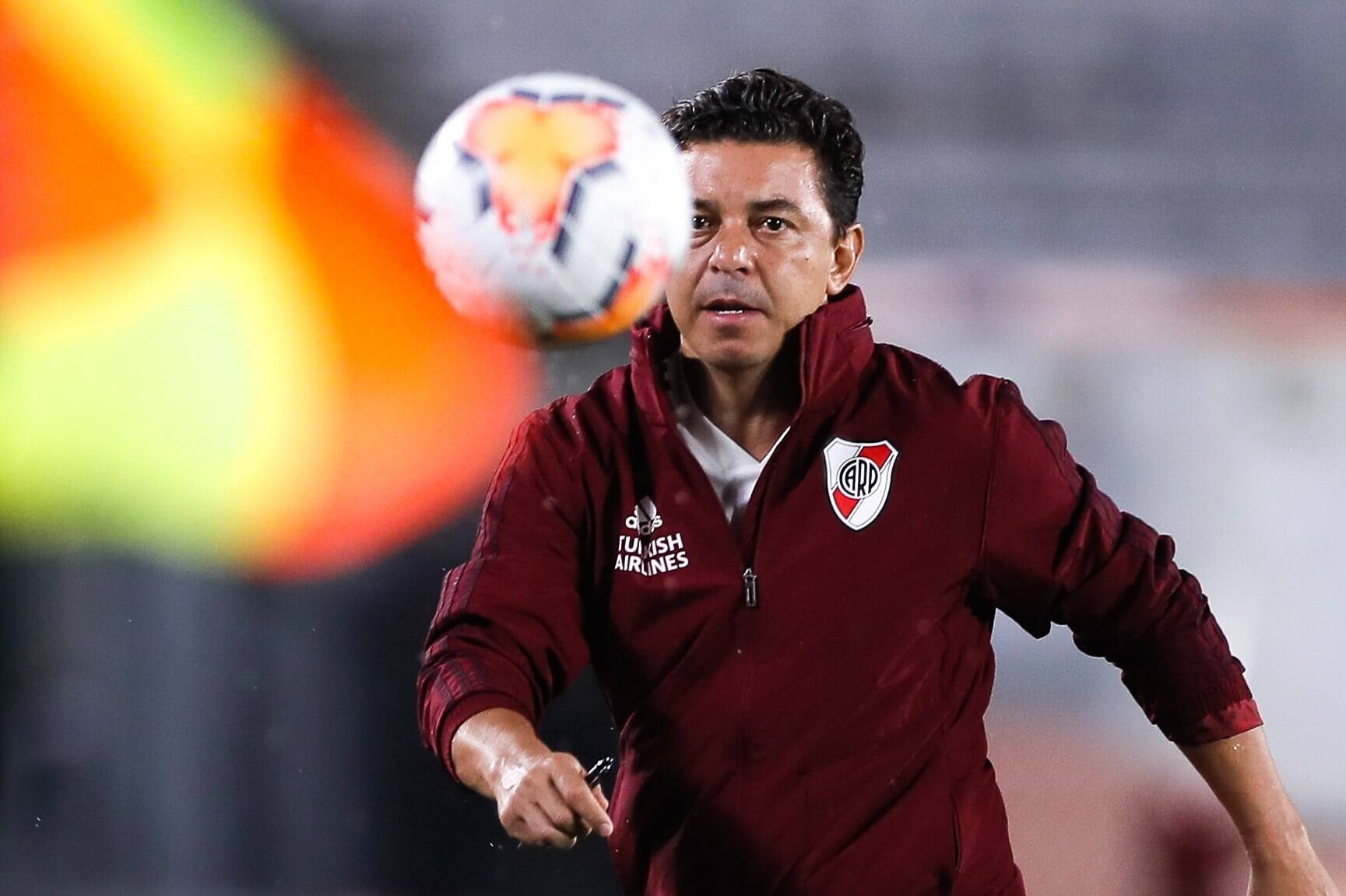 With Ronald Koeman’s days at Barcelona numbered, the search for a replacement is heating up. The Dutchman has never really enjoyed the complete confidence of the supporters nor president Joan Laporta.

And the latest defeat to Benfica, and the manner of the loss, may well have been enough to push him over the edge. The usual links to Xavi, Roberto Martinez are doing the rounds, while Andrea Pirlo has emerged as a surprise candidate as well.

As per RAC1, though, another name that is on the table for Laporta & co. is that of River Plate head coach Marcelo Gallardo. Regarded as one of the best young coaches going around, the Argentine had been approached by Barcelona last year after sacking Ernesto Valverde.

However, he had declined to take over the reins of the club, leading to the Catalans turning to Quique Setien. And, it seems like the 45-year-old has emerged on the agenda for the Blaugrana yet again with Koeman on borrowed time at Camp Nou.

Gallardo has been in charge of River Plate since 2014 and has led them to plenty of success over the years, including two Copa Libertadores trophies along with many other honours. Held in very high regard by former Barcelona boss Pep Guardiola, the 45-year-old is now being linked with the hot-seat at Camp Nou.

However, Gerard Romero has quashed those speculations in a fresh update, claiming that Barcelona had already made an approach for Gallardo ten days ago, only to be rejected by the Argentine tactician for a second time.

With a massive game against Atletico Madrid coming up next, it will be interesting to see if Laporta decides to take a call regarding Koeman’s future before that or waits for the international break to make a decision.

As for the replacements for the Dutchman, Gallardo, despite being under consideration, is unlikely to arrive at Camp Nou.