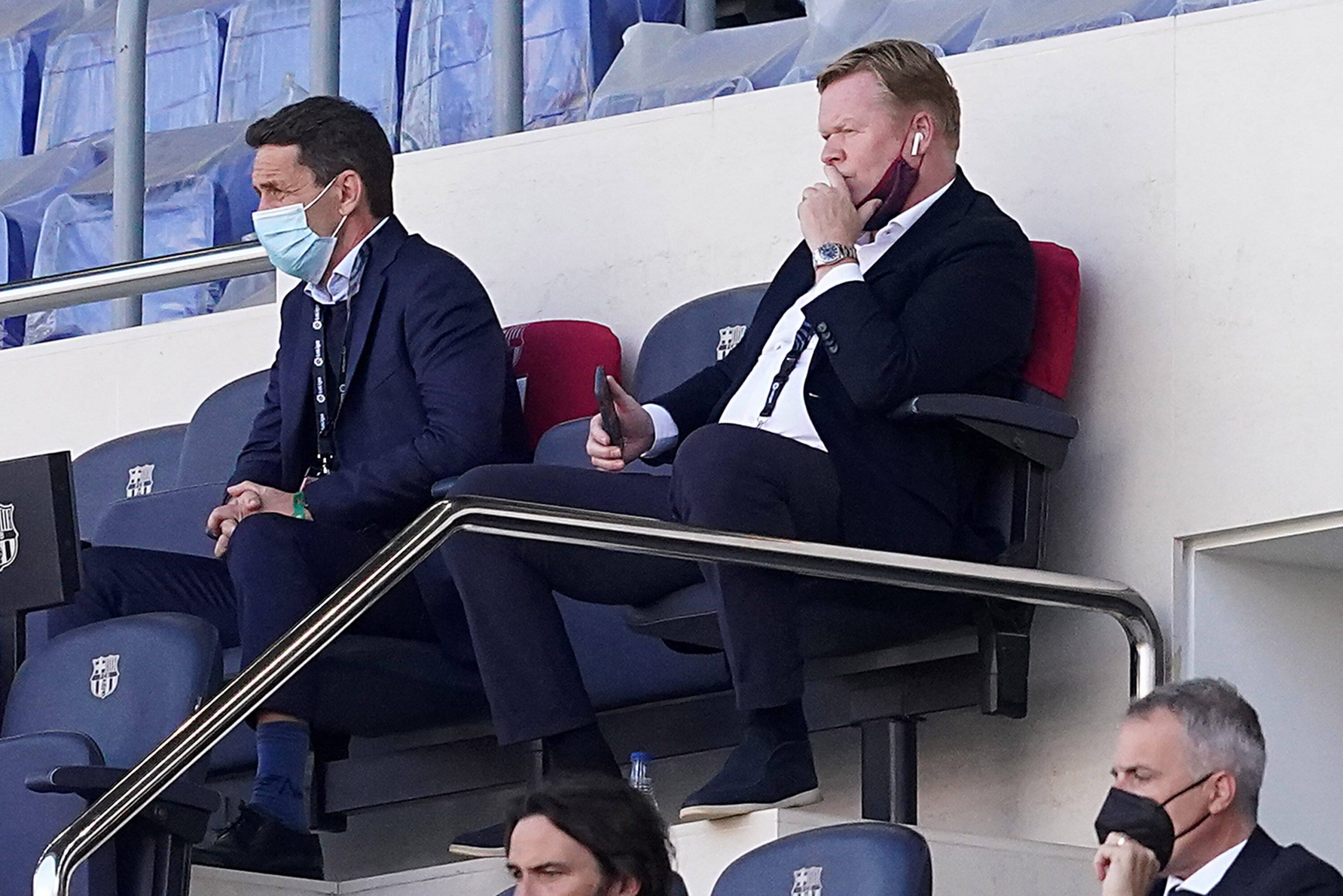 According to a recent report by Gerard Romero, leadership at the Catalan club continues to be doubtful over the future of current manager Ronald Koeman.

Joan Laporta had reportedly made contact with Xavi earlier this month, who is currently undergoing talks to extend his managerial contract at Al Sadd, as to his availability to return to Barcelona, this time as a coach.

The president was fairly vocal about the fact that the Dutchman is not the ideal candidate to lead the new sports project, stating that he possessed a great admiration of Julian Nagelsmann, who is now the coach of Bayern Munich and therefore highly unlikely to coach the Catalan side.

Doubts about Koeman’s continuity had, however, settled in 2021. Barcelona found incredible form in the league and youngsters like Pedri, Mingueza, Moriba, and Araújo were showing signs of brilliance. La Blaugrana seemed set to perform an incredible league comeback.

Indeed, they were only one victory from rising to the top of the table against Granada, but the Dutchman infamously failed to beat them, and ever since, his future at Camp Nou has been a huge question mark.

Despite Koeman’s Copa del Rey victory earlier this year, he has been entirely unable to beat top-class teams, with a measly 1 win all the way back in October out of 8 big games. This has, understandably, not gone down well with club leadership, who view a massively poor record against elite teams as antithetical to the spirit of Barcelona.

The market for coaches is, however, saturated. Laporta, who is currently unconvinced of the current coach, views Xavi as the first choice for his replacement. The club legend is, however, looking to extend his time at Qatar, so it is unclear as to whether he would be open to a return to the Camp Nou. That said, his contract reportedly contains the same clause that was in Koeman’s contract with the Dutch Football Association that would allow him to join Barcelona at any time during his tenure.

Last but not least, a name that has been thrown around is Marcelo Gallardo, the current manager of the Argentinian side River Plate. The Argentinian was linked to a move to manage La Blaugrana after the sacking of Ernesto Valverde, an offer that he turned down.

Koeman’s future is certainly in question and seems to be contingent on his ability to win the league, which appears to be slipping from his hands. What is clear at the moment is the fact that, if the Dutchman were to be relieved of his duties, Xavi is the first choice to replace him at the club.