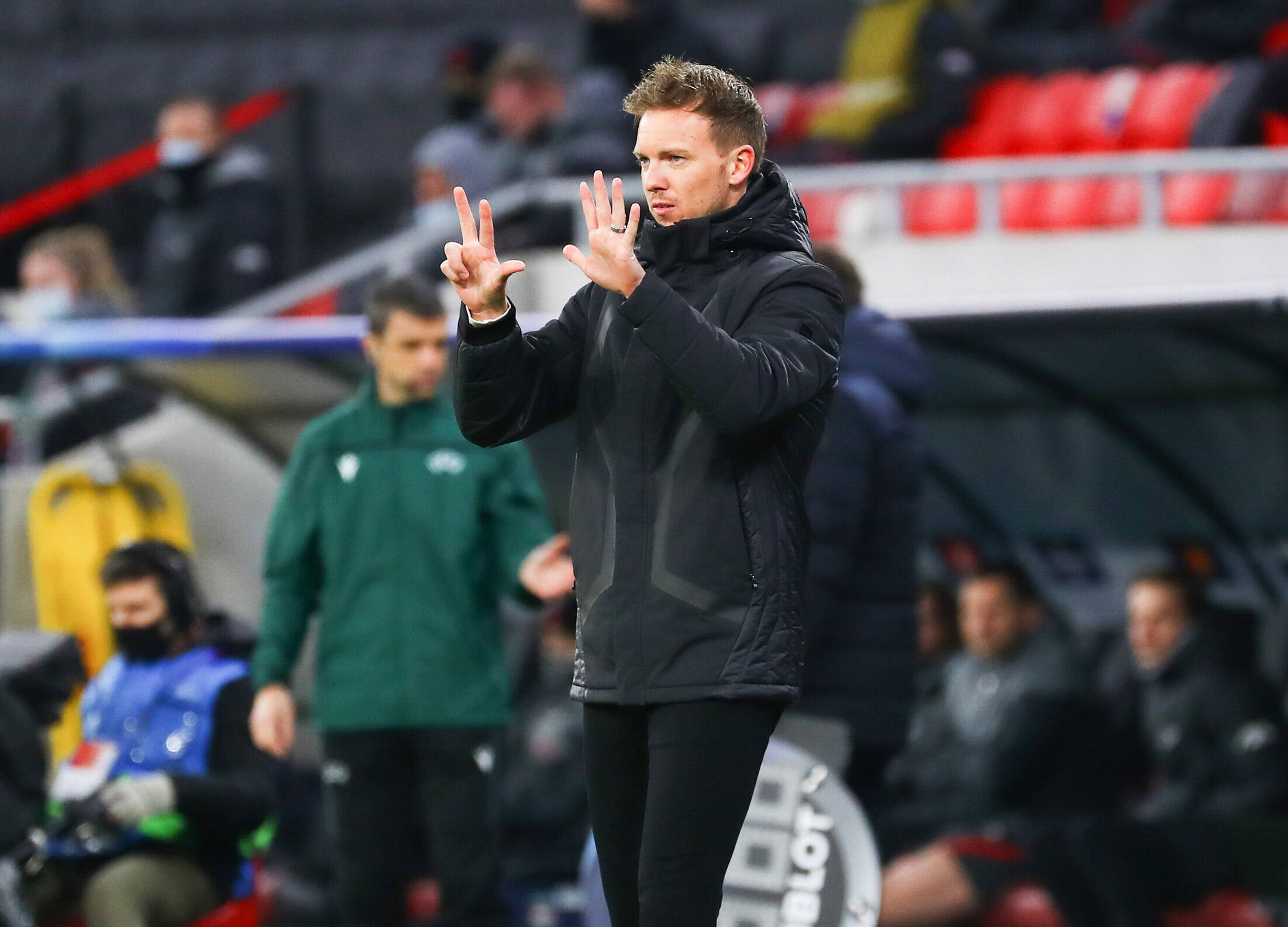 In the latest iteration of Cadena SER’s ‘El Larguero’ program, Manu Carreño has reported that the new Barcelona president Joan Laporta is a huge fan of Julian Nagelsmann and is considering him as part of the club’s plans in the future.

Laporta has plenty of respect for the current coach Ronald Koeman, who has done a great job so far at the club. He was left in charge of a dishevelled squad in a state of heavy transition after the previous board appointed him and then resigned.

However, Joan Laporta would not have considered Koeman a first priority for his project if he had to start from scratch. And though he heavily favours the young Julian Nagelsmann, The president is in no rush to let the Dutchman leave. Koeman’s status as a club icon owes him respect.

Laporta had previously stated that Koeman has a contract in force which should be honoured by the club. Despite their relatively early exit from the Champions League in the round of 16, the team seems like a much improved side and have a much fresher mentality, much to Koeman’s credit. They are still in contention for the La Liga title and have made it to the Copa del Rey final as well.

Julian Nagelsmann however, has been catching a fair few eyes in the past few seasons. His work in Germany, first with Hoffenheim and then with RB Leipzig. He even led Leipzig to their best ever run in the Champions League last season, taking them to the semi-finals after beating Atletico Madrid.

The German, who is just 33 years old right now, has quickly become a highly sought-after coach in the footballing circuit. His meticulous approach to training his team has drawn him comparisons to Jose Mourinho, while tactically he is a disciple of Thomas Tuchel and Pep Guardiola.

Tuchel especially has influenced him a lot, since Nagelsmann was his assistant for a season at Augsburg at the mere age of 24. This was Nagelsmann’s first position in the coaching department and he recalls it as one of the “greatest learning experiences of his life.”

Earlier on, Guillem Balague via TV3 also reported that Nagelsmann is ready to make the step up to a big club in the near future. The Leipzig manager reportedly told Balague that he had said no to Real Madrid, but if a club of that stature came calling again, he would be willing to accept.

Given his approach to the game, his tendencies to play the kind of football that Barcelona have come to be revered for, his youthfulness and passion, the German could perhaps be the perfect candidate to usher in this new era of change at the club.