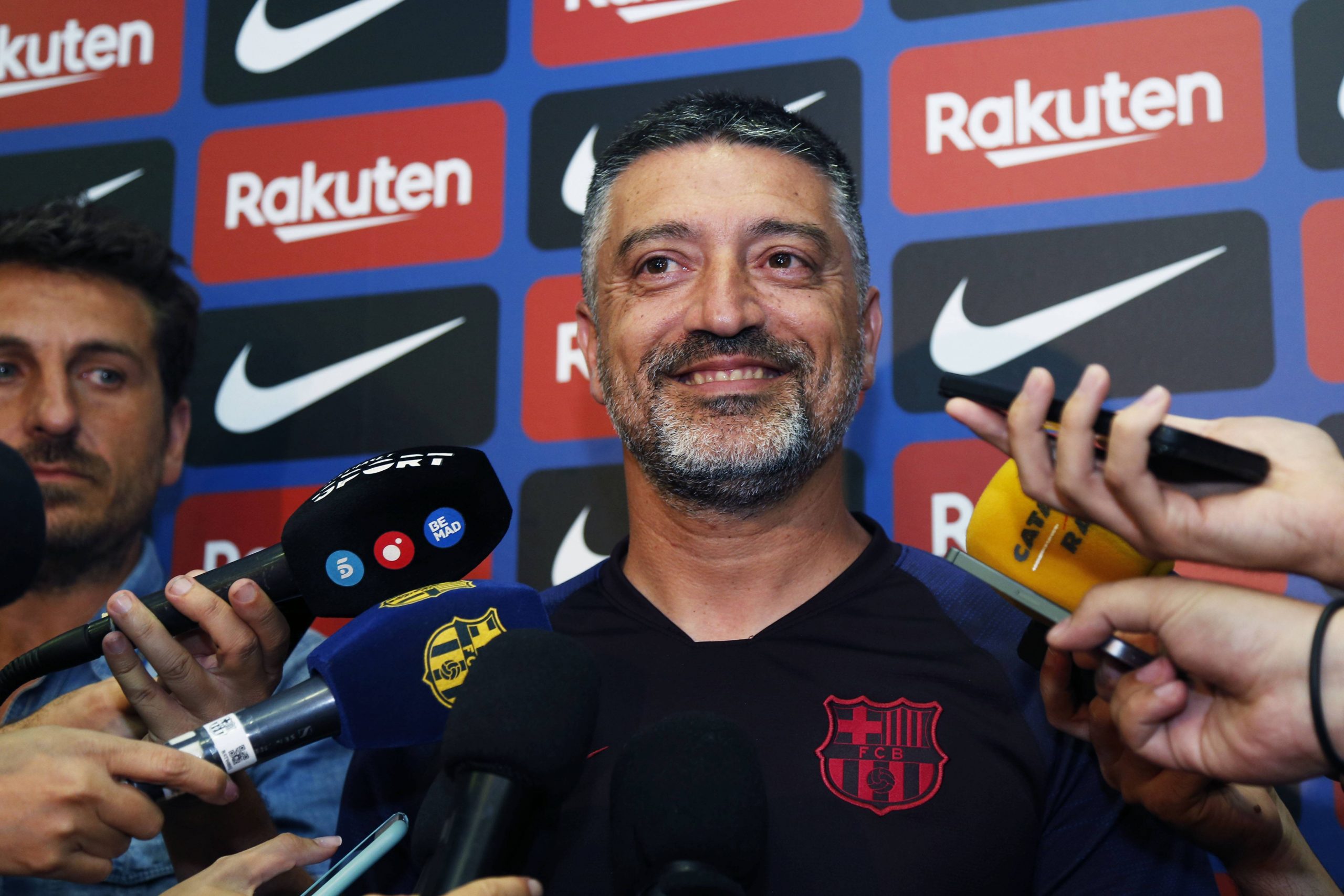 Barcelona’s B team manager, Garcia Pimienta, spoke in an interview with beteve. The former Barça man expressed his desire to manage the first team someday. He also spoke about the players who have come up the ranks under his managerial period.

Pimienta has been doing a wonderful job for the B team. The Catalan almost led the subsidiary squad to promotion from Segunda B to Segunda A last year. This season too, Barça B have qualified for the promotional playoffs. He was also touted to replace Quique Setien after the former’s disastrous time at Camp Nou.

“I was ready, and I’m ready to coach the first team, it’s my duty. It would be unrealistic if I am not prepared. It is my intention and my enthusiasm, considering that it is complicated,” said the Barça B boss on a possible move to the first team. “We [players, doctors, physios] must all be prepared to go up to the first team and do our part well,” added the Catalan.

Pimienta has been a Blaugrana throughout his career. He had spent 11 years in different levels at Barcelona before eventually moving out to the Catalan club, Hospitalet, searching for more playing time. Ever since his retirement, he has spent his time coaching youth teams of Barça and is currently enjoying his stint with the B team.

No doubt, he has instilled this sheer love and passion for the club in the players he has groomed. In fact, Pimienta’s hard work has paid off this season, with multiple players looking ready to play at the highest level.

“I was not surprised by the performance of players like Mingueza, Araújo, or Ilaix. They are excellent players, with Barça DNA, and if you put them next to the best, they are even better,” replied the former Barça man when asked about players coming up through the ranks.

He went on to add, “I’m not surprised at all, what it shows me is that the home players understand football in the style of Barça. They always respond when they are given opportunities in the first team.”

With key players such as Araujo, Riqui Puig, and Mingueza being promoted to the first team, not many expected Barça B to be in the position they currently stand in. When asked about the key objectives for the remainder of the season, Pimienta clearly mentioned that his boys have their eyes set on the promotion to Segunda Division.

“The first goal was to qualify for the First RFEF, and the second goal is to try to meet the challenge of promoting to the Segunda,” said the Catalan manager.

Pimienta has done a wonderful job at different levels in Barça in the past. He has shown immense character as a coach for the past two seasons. The Catalan has also given clear indication to the board that he is ready for any potential opening in the future.

Considering Barcelona’s poor results under Koeman, we will have to wait and see whether the board will consider replacing the Dutchman with Pimienta next season.