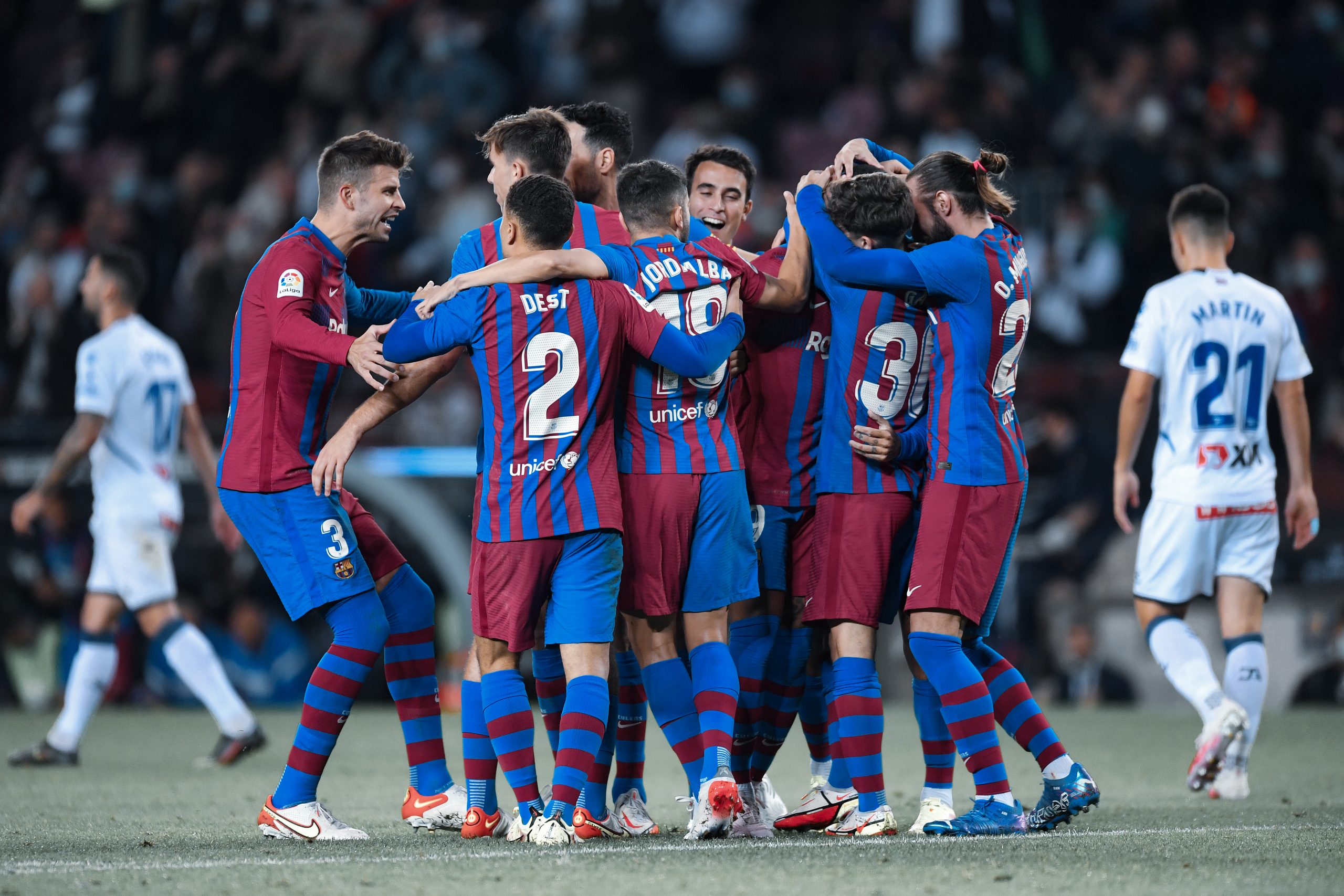 Barcelona hosted Deportivo Alaves on Saturday in what was the first game of the post-Ronald Koeman era. Sergi Barjuan, the interim manager, did not change much in the side that played midweek.

The Catalans dominated the opening half entirely, barely giving the visitors any space to breathe. Yet, their inability to capitalise on chances cost them when Alaves equalised three minutes after Memphis emphatically put the Blaugrana ahead. Here are the player ratings from Barcelona’s 1-1 draw at home.

The German goalkeeper had a relatively quiet first half before a slightly more entertaining second. Alaves only registered two shots on target on the night. Though one was saved by ter Stegen, he went down easily once again for the second shot that eventually registered as the equaliser.

Flashy is not the first word that comes to mind when one thinks of Mingueza. The young defender comes off as someone who can do the dirty work well without coming across as a generational talent. Yet, his distribution keeps getting better and better. He was solid in defence, but some of his passes over the top were just mouthwatering.

Gerard Pique put up a half-decent performance until the goal conceded, with three tackles and an interception on the night. Yet, he was easily beaten for Alaves’ equaliser. The Spaniard was replaced at the 70th minute owing to discomfort in his leg. His injury update will be critical for Barcelona’s coming games.

One more game, and one more night when Eric Garcia was the better of the two centre-backs. The bar may not be high. Yet, it is an indication that though he is finding his footing in the team. The youngster had a whopping 127 touches in the game, being involved in almost every buildup.

Statistically, Jordi Alba got the assist for Memphis Depay’s goal. However, his pass had little to do in the conjuring of the magical shot. Apart from that, Alba had a busy night with little product. He was extensively involved in building up the play but only created one chance.

The young academy talent was the team’s best player in the last game. Rewarded with another start, he did not disappoint. Nico bossed the midfield against Alaves and put up a strong case as to why he should be a regular starter.

Sergio Busquets has been Barcelona’s best midfielder this season and he continued his good form on the night. He produced three key passes playing as a defensive midfielder with a 100% completion rate of dribbles. Moreover, he looked very comfortable with La Masia gems Gavi and Nico by his side.

After being benched for the last game, Gavi returned to the starting lineup and looked fresher than ever. His three key passes on the night helped Barça break through the lines. Moreover, his intricate dribbling brought Barcelona on the brink of scoring the second goal when Memphis hit the post.

Many have called for Dest to be removed from the right-wing after his horrendous finishing in the last two games. Yet, there is a feeling that the USMNT star is the best option to deploy there at the moment. Dest’s game was relatively a step down from his last two performances, but a positive display overall.

Sergio Aguero put up a strong display when on the field. His aerial prowess made him a threat in the box and his off the ball movement was invaluable. However, he had to be taken off late in the first half because of a sudden difficulty in breathing. He reportedly suffered from a sudden tachyarrhythmia. Barça Universal wishes him a speedy recovery.

The Dutchman’s goal was one of quality. The shot was taken from a long way outside but curled perfectly into the top corner. However, Depay also had three clear cut chances to win Barcelona all three points later in the game that he squandered.

Coutinho got an early entry into the game owing to Aguero’s emergency. The Brazilian tried his best to help his team, but his slow decisions and movements could not do the trick.

Ronald Koeman’s departure came as music to many ears, but none as much as Riqui Puig’s. The youngster finally received minutes under Sergi Barjuan. The youngster played 20 minutes but failed to have a significant impact on the game.

Gerard Pique’s injury meant that the French centre-back was called up to play. In his 20 minutes, Lenglet looked comfortable, solid and reliable.

On his first-team debut, Abdessamad Ezzalzouli played ten minutes and received 11 touches of the ball. Similar to Puig, he did not have any impact worth recalling on the night.

Balde came on in the 80th minute for Oscar Mingueza. His pace was an asset against the tires legs of Alaves, but he could not conjure any magic on the night.