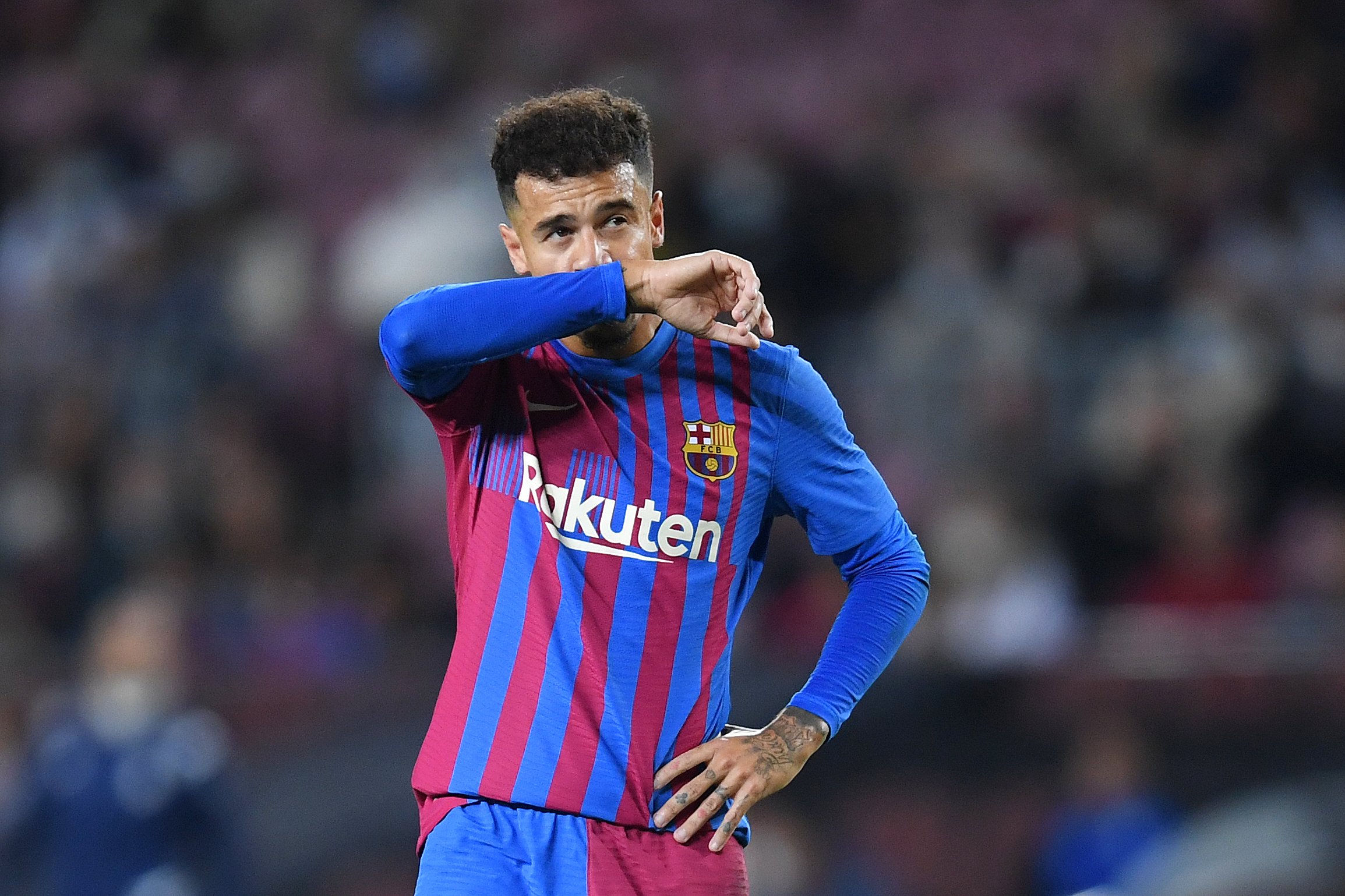 Sergi Barjuan led Barcelona into their first game under his temporary regime. The Catalans looked to come back strong after the happenings of the weekend, and a win was needed to keep spirits high.

However, Barcelona drew the game in lackluster fashion. Despite taking the lead, they could not hold onto their hard-earned advantage and never found a way back into the game.

The opening half saw plenty of chances go the hosts’ way. Barcelona dominated possession of the ball and created wave after wave of attack. However, neither side found the back of their net in the first half.

A worrying sight in the periodic was Sergio Aguero’s injury. In the 40th minute, the Argentine clutched his thorax and went down unable to breathe. He was immediately replaced by Philippe Coutinho.

Sergino Dest and Oscar Mingueza wrecked havoc on the right-wing, with Alba leading the charge on the other flank. The combination of Gavi and Nico in midfield worked wonders for the Catalans steamrolled the opposition in the department.

The second period got off to an electric start. The two teams that walked into the dressing room at the end of the first period returned with more zest and passion, and the difference in quality was visible.

Barcelona were the first to go ahead via a stunning goal by Memphis Depay. The Dutchman cut inside and attempted a shot from far out. The bullet of a shot found the top corner, giving Joselu no chance. Jordi Alba recorded the assist.

Yet, the hosts joy was short-lived. Alaves equalised in less than two minutes after Barcelona’s goal giving Sergi Barjuan’s side no time to even celebrate. Joselu and Rioja worked in synchrony and the latter earned a 1v1 scenario. Rioja calmly dummied past Ter Stegen before sending the ball crashing against the net.

In the 58th minute, Depay once again had a glorious chance. However, his effort off Gavi’s ball hit the post and went in vain. Less than a minute later, his low and powerful shot was again stopped by Joselu.

Serji Barjuan opted to give Barca B winger Abde his first-team debut in the 80th minute. Apart from the youngster, Riqui Puig and Alejandro Balde too saw minutes after a long hiatus.