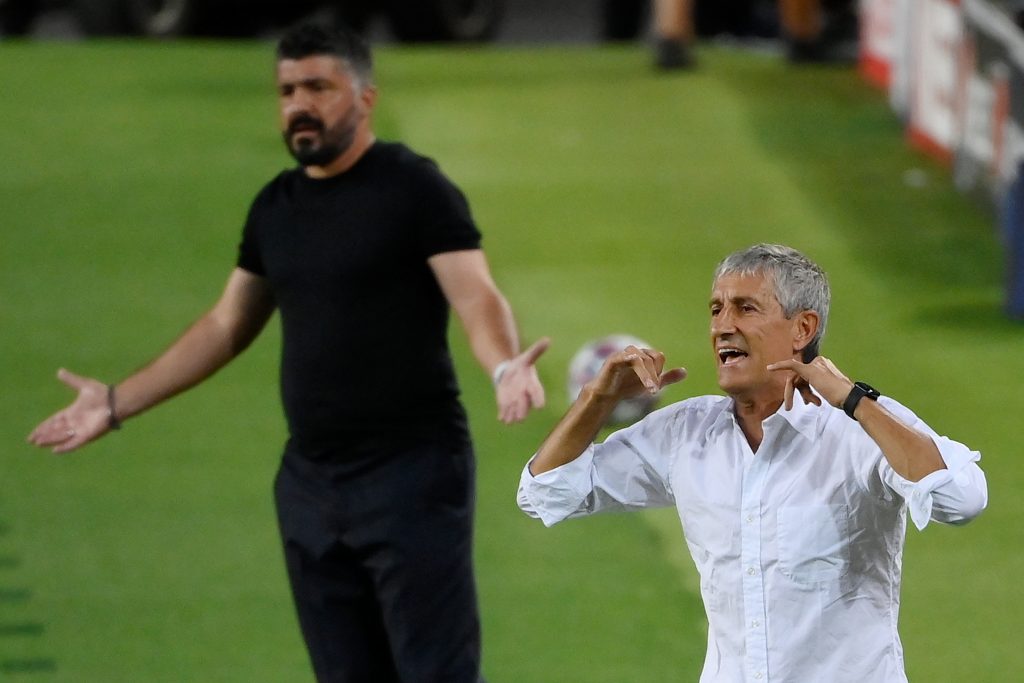 On the game:
“Napoli are one of the best Italian teams. We knew how to deal with them in the first half. I congratulated Gattuso after the match. I admire his work. The team has been good and we deserved the victory. We have overcome the opening minutes and in the second half Napoli didn’t create much danger.”

“Not everything can be done perfectly, the rival have their merit and you cannot control a game one hundred percent. We have beaten a team that has had a great season. The team has been very good. What we did was not easy.”

“We have to be optimistic, we are fine. Today, except for the first minutes, we have played an extraordinary first half, with good chances. We can look to the future with optimism, but we must keep in mind that we face great teams.”

On Lionel Messi:
“Messi played the whole game because he was able to carry on after the break. Leo never complains. He had some pain, but there shouldn’t be a problem. He was fine. We will analyze it, but there won’t be a problem.”

On the upcoming Bayern game:
“Bayern are a great team. It will be a great game. There are no favorites. We have the best player in the world, but Lewandowski has 13 goals in Europe this season. Any team can win.”

On Arthur Melo:
“I have already said what there is to say regarding Arthur. I have no comment.”

On not subbing on Riqui or Ansu:
“The circumstances of the game have led us to make certain decisions.”

On the unavailability of key players:
“Missing Busquets and Vidal was huge, but Rakitić, Sergi Roberto and De Jong have done an extraordinary job. We’ll see what we’ll do against Bayern Munich.”