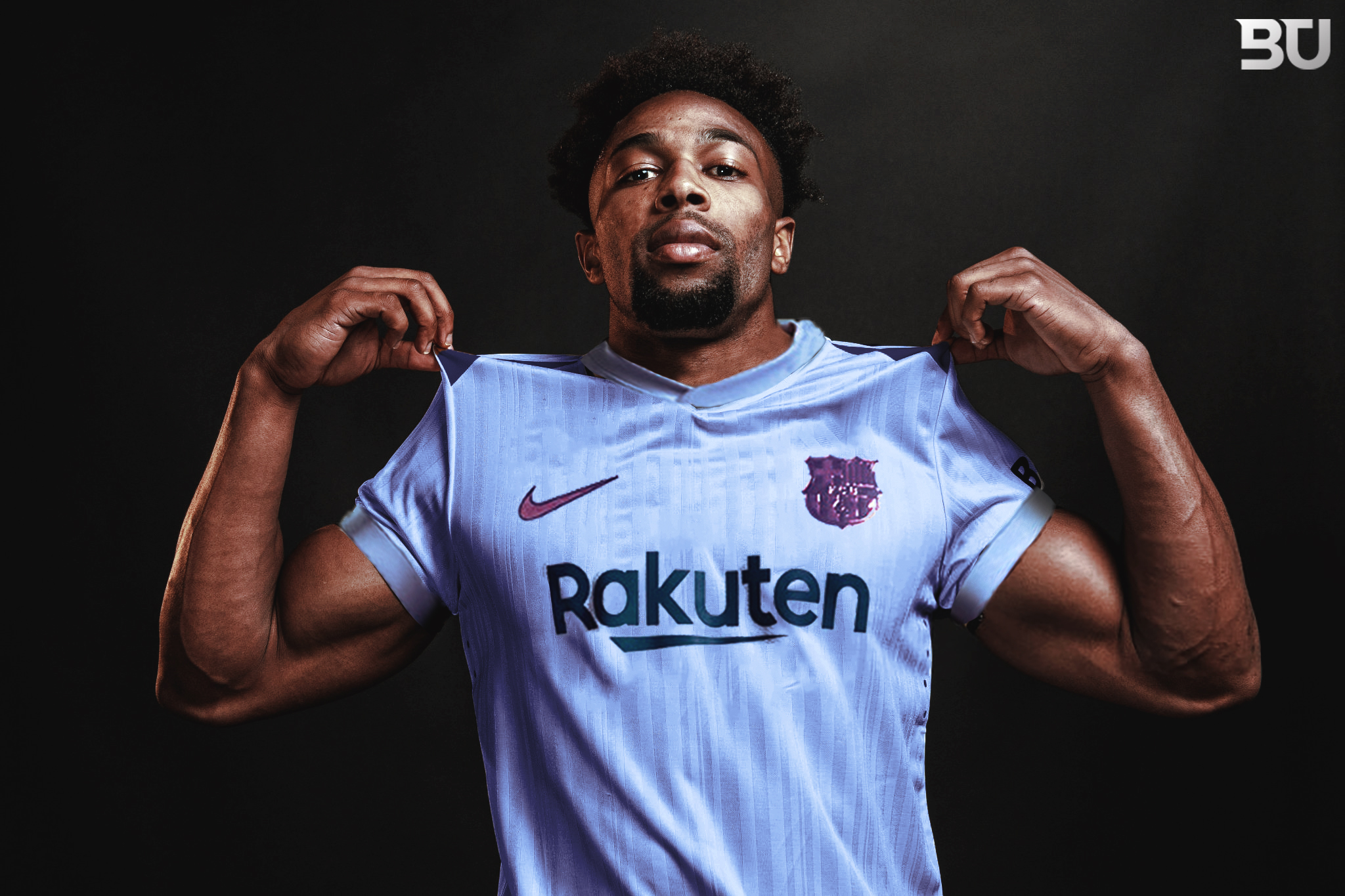 After last playing in the Camp Nou seven years ago, Adama Traore is making a triumphant return home. The La Masia graduate joins Gerard Pique, Eric Garcia, Cesc Fabregas, and many more on the ever-growing list of players who left at a young age and came back.

He comes at an opportune time for Barcelona, who are in desperate need of a dynamic presence upfront.

In the following piece, Barça Universal will explore everything about Traore, including his strengths, weaknesses, and what he can bring to the Catalans. In short, there is plenty to be excited about.

Traore was born on January 25, 1996, in L’Hospitalitet, Barcelona. After a short spell with CE L’Hospitalitet’s youth set-up, he joined La Masia at 8-years old, where he would spend the next decade.

He was a shining star, notably helping Barcelona to their first UEFA Youth League trophy. In a frontline that featured future first-team player Munir El Haddadi, Traore registered an assist in the tournament’s final and scored twice overall.

Traore made his first-team debut in November 2013, coming on for Neymar Jr. in a 4-0 La Liga victory against Granada.

Three days later, he appeared in his first Champions League match. Traore then continued to play for Barça B throughout the 2013/14 campaign. One year later, in December 2014, he scored a sensational goal against Huesca in an 8-1 Copa del Rey victory at the Camp Nou.

Unfortunately, he failed to make a further impact in the senior side and moved to Aston Villa in the summer of 2015 for €10 million.

In the summer of 2018, Traore moved to Wolverhampton Wanderers, where he has been ever since. That is, until his return to Barcelona this month.

Traore was eligible to play for the Mali national team, however, he opted to play for Spain. He has so far made eight appearances for La Roja and was recently called up to Euro 2020.

Adama Traore mainly plays on the right-wing, either as part of a front three or from a deeper wingback/wide midfielder position. While he has been featured at wingback, striker, centre-attacking midfield, and left-wing/midfield throughout his career, he works best as a traditional winger.

That means keeping width, playing down the flanks, and prioritising crossing over operating in the box. Still, he has played on the right-side in only 43% of his appearances this season. This change in scenery could be at fault for his alarmingly low goal contributions tally (1), but more on this later.

With those attribute comes a gift of elite dribbling and ball-carrying. The Spaniard has consistently topped the charts in relevant statistical categories. In the Premier League this season, he is second for most players dribbled past (64) and far-and-away first in terms of average successful dribbles per game (5.21 at 72.9% completion).

In fact, as of early January 2022, he is the best dribbler in Europe. In terms of progressive carries per game, the Spaniard is in the 94th percentile of positional peers across Europe’s “Big Five” leagues over the last 365 days.

Traore’s technical dribbling ability, mixed with his physical traits, make him a nightmare to defend against, particularly in open space. After (typically) beating his defender, he looks to whip crosses into the box.

His 4.22 shot-creating actions per 90 mins display the threat he possesses to set up teammates. Still, it’s worth asking: why are his goal contributions so low?

Over the last two seasons, Traore has an alarming tally of six goals plus assists. Numbers don’t tell the whole story, but his final product and decision-making leave something to be desired.

In other words, he can easily get past defenders, but he has to make the most out of the next play, such as the final ball or shot. He struggled when Raul Jimenez was out for a 9-month injury spell, as the two had quite the rapport. Although, there may be another reason for these low numbers.

As previously mentioned, Traore has played fewer minutes than ever this season at right-wing/mid. His heatmaps below help display this visually.

Over the last three seasons, he has contributed 18 goals when played on the right. Conversely, he has 7 when featured in every other position (striker, left-wing, centre-attacking mid) during that same time frame.

Comparing the two images above, we can see where Traore’s shots have come from in the 2020-21 campaign (left) and 2021-22 (right). There is clear symmetry between his heatmaps and shot-map too.

Quite evidently, he has seen a change in positions this campaign, playing more centrally. Being asked to cut in from the left or play in tight central spaces do not complement Traore’s skillset. This is worth keeping in mind when considering what he can offer Barcelona.

What will he bring to Barcelona?

While Traore may not be as versatile as new-signing Ferran Torres, but there is still plenty he can bring the Catalans.

First, Xavi will probably play him at right-wing in a 4-3-3. He could start alongside Ferran Torres and Memphis Depay, or he can equally provide a spark off the bench – Traore dominating tired legs near the end of matches could be devastating.

His astute dribbling can help widen and break down low-blocks, sending crosses into the crowded box. Alternatively, he will be an effective outlet for playing on the break, adding dynamism and verticality to an attack that desperately needs it.

Many have expressed a desire to see Traore play right-win back. Reports even say that Tottenham Hotspur were interested in his services for this reason – to replace ex-Barcelona defender Emerson Royal.

After all, Traore’s physical traits and athleticism should translate well to the position, right? Well, he has featured at wingback on occasion for Wolves, but his performances were nothing to write home about.

In general, the 26-year-old lacks the defensive acumen necessary for that role, despite his offensive traits being perfect for it. It could be worth a shot, though.

At Barcelona, Xavi will have to make the most out of Traore’s ball progression and dribbling while fine-tuning his end-product simultaneously.

Whether Ousmane Dembele ends up leaving this transfer window or spends the rest of the season on the sidelines, Traore is, in many ways, his direct replacement. That is, for the time being, at least.

Traore can fulfil a similar role to the Frenchman out on the right-wing, providing width and dynamism. Still, Dembele is a more threatening creator and exploiter of space. Nevertheless, the Wolves winger is a significant upgrade over Abde Ezzalzouli and should help the Catalans stay in the hunt for a top 4 spot in La Liga and a deep-run in the Europa League.

Traore returns to Barcelona in the theoretical prime of his career, bringing a dimension of desired unpredictability and dynamism with him. He is only on a loan deal, and if things go awry, there is little risk; if things go well, Barça can trigger the relatively economical €30 million buy-clause.

Traore has also reportedly taken a steep salary cut to help facilitate the move, and that can not be understated. Hopefully, he hits the ground running with breakneck speed like we all know he can.