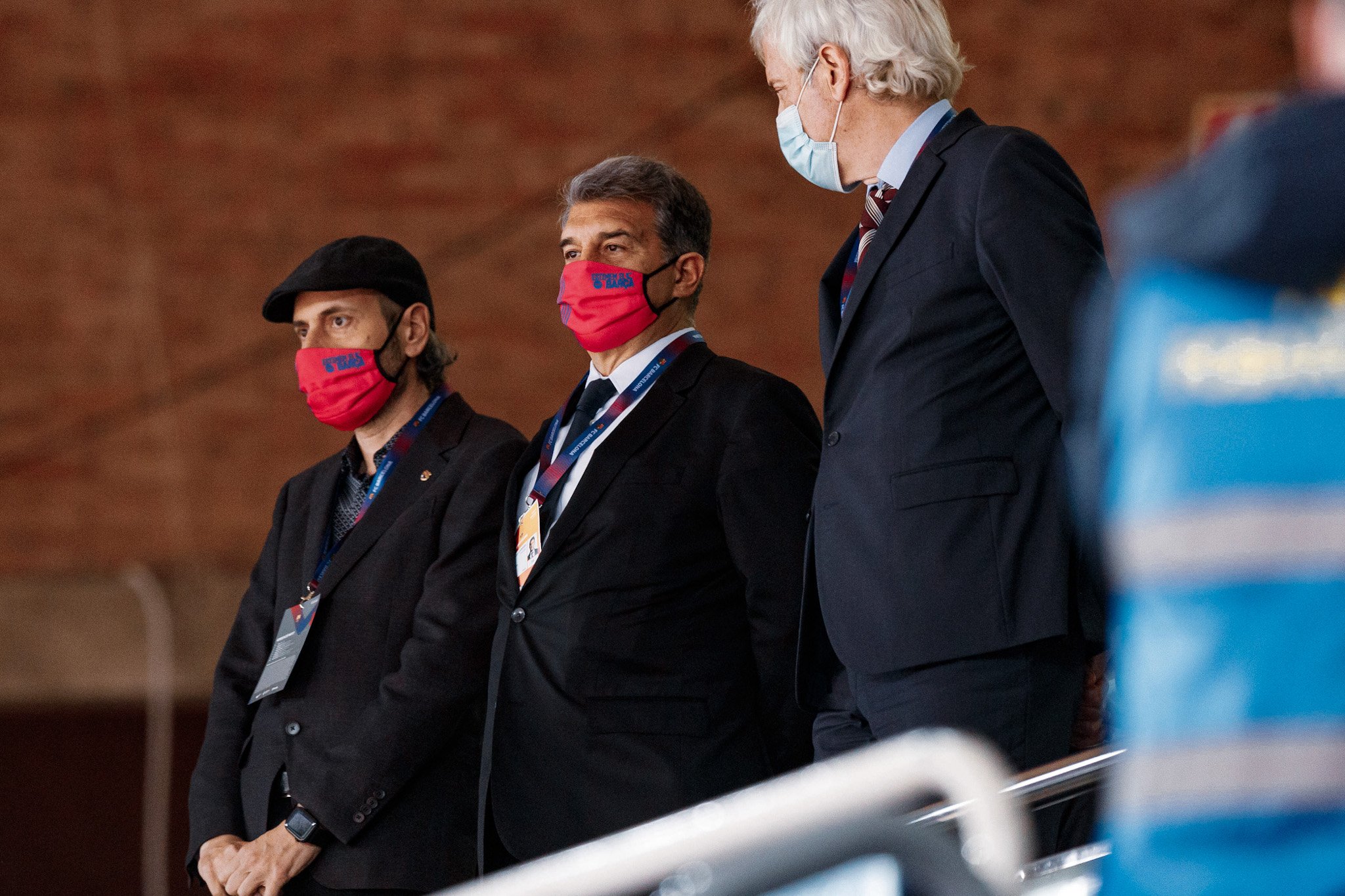 Luis Suarez’ departure last year has left Barcelona sorely missing the presence of a number 9. At the very least, they did so for the first three months of the season. Come 2021, the team’s understanding of tactical systems, synchronisation, confidence, and understanding between the teammates have all improved; in other words, Barcelona began playing positional play the right way once again. Barca are the only team in Europe that have not lost a league game since the turn of the year.

Nevertheless, the need for a number 9 persists, as any squad is incomplete without one. That is where the dilemma kicks in; should Barca sign Memphis Depay – Ronald Koeman’s favourite? Or should they cash in on ‘the Norwegian star and generational talent’ Erling Haaland?

Lautaro Martinez is another interesting option, with rumours regarding his potential move to Barça resurfacing. Lastly, experienced striker Sergio Aguero is another key option to lead the Catalan club’s attack. With his exit from Manchester City confirmed, rumours regarding his move to Barcelona are rising. Thus, the conundrum remains; who should Barcelona sign to become their new nine? Alternatively, should the club take a different route, championing a system that relies on a false 9?

According to the Catalan radio station RAC1, Depay is Koeman’s favourite option. The Dutchman has enjoyed a spectacular season so far, scoring fourteen and assisting nine in Ligue Un. He has enjoyed a very productive campaign, being a reliable threat with great output. However, Depay doesn’t entirely fit the mould of a striker, as he prefers to drop deeper as a false 9. Perhaps he may not be the best option for the club as they have many players who fit his profile.

Next, several rumours have been propping up over the last few months regarding the bright future of Erling Haaland. The Norwegian striker is destined to leave Borussia Dortmund to make his mark on Europe. The 20-year-old displays a unique mix of strength, pace, and consistency in finishing.

However, it is his immaculate understanding of space and positioning that makes him the world-class striker that he is. The Norwegian is always in the right place at the right time, using sudden movements to get into pockets of space and tuck away chances. If the fans could have their way, Haaland would surely be at the top of the priority list. Unfortunately, given Barca’s mounting debt, this signing seems impossible unless several players exit the club.

Lautaro Martinez back on the table

Another option for the club is Lautaro Martinez. The rumours surrounding him had seemingly died out last summer due to Inter’s high transfer demands. In spite of this, RAC1 has claimed that he is once again an option on Barça’s radar. The Argentine shows the tactical understanding and the technical skill to play quick one-two’s and create moves in tight spaces. Furthermore, he is an astute finisher and has already bagged fourteen goals in Serie A.

Last, but not least, the club are also considering the signing of soon-to-be free agent Sergio Aguero. The 32-year-old striker has played at an elite level for several seasons in Manchester City and has also nurtured a friendship with Lionel Messi at the international level. His profile as a number 9 may suit the Garnet and the Blue the best out of all options.

Sergio Aguero is crazy about signing for Barcelona, but nothing has been agreed yet.

Aguero does not command a fee as high as Haaland and is also suited to the Blaugrana’s style of play. He has the technical capability as well as the elite finishing required by any striker in the club.

READ: Reviewing the pros and cons of bringing Aguero to Barcelona

Regardless, signing Aguero presents undeniable negatives; firstly, he is 32-years-old and will probably not play more than two seasons at the top level. Secondly, Aguero’s injury record is not one to show off. The Argentinian striker has consistently struggled with injury problems, presumably ones that will not get better with age.

An alternative option is not signing any number 9 at all. In the early season, the Catalan club had lacked total efficiency in front of the goal. However, Koeman’s team are now comfortably the best goal scorers in Spain. The Dutchman’s tactical tweaks and better understanding among the players have improved the team’s output. In addition, the 4-3-3 and 3-4-3 systems have greatly benefited the team. Further, with Lionel Messi back to his best, Barca can perhaps afford to bet on the development of Ansu Fati and Ousmane Dembele as secondary goalscorers for the team.

Additionally, Barça’s positional play crucially requires numerical superiorities all over the field. In other words, having a false 9 as compared to a traditional striker is hugely beneficial as he is able to drop into the midfield and allow the team to sustain possession more efficiently. Messi plays this role to perfection, dropping deep and creating a midfield diamond, which allows for great versatility and movement in possession. Such superiorities cease to exist when there is a traditional striker up front who lurks in and around the box.

With the hopeful recovery of Ansu Fati, betting on him is perhaps the best option the club currently have, given its financial constraints. Playing as a left-winger, the Spaniard often drifts into the box as an auxiliary striker, when Messi vacates the forward spaces to drop deep. This is similar to David Villa or Pedro’s former roles in the club, who were both great winger-nine hybrids. In this regard, Fati can offer a great balance between width and presence in the eighteen-yard-box, given his clinical finishing and well-timed runs.

What club president Joan Laporta and his board plan to do remains a question of time. Perhaps they may choose any one of the above-mentioned options. Regardless, betting on the club’s current crop of youth does not seem too bad of an idea, specifically given Fati’s profile and how it suits Barca’s system of positional play.

We can only hope whatever does happen regarding the Barcelona-centre-forward dilemma nurtures the best interest of the club.