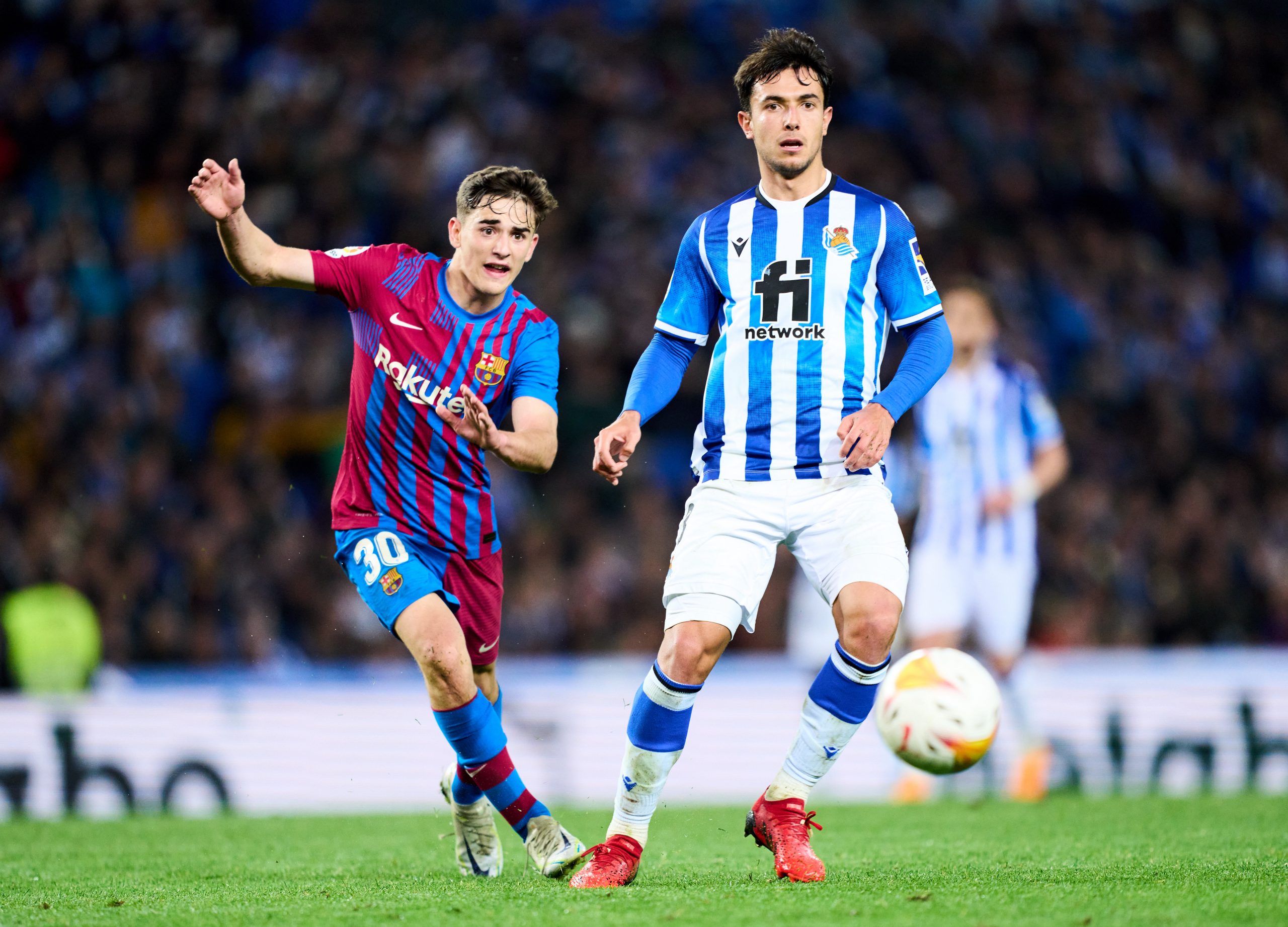 As per a report from Onze TV3 (h/t Mundo Deportivo), Xavi Hernandez has requested Barcelona to immediately start negotiations to sign Martin Zubimendi from Real Sociedad amid speculations about him penning a new deal with the club.

Barça are on the lookout for a long-term replacement for Sergio Busquets, who will be out of contract with the club at the end of the season. And, the Blaugrana have zeroed in on Zubimendi as their ideal choice to take over from their captain, with Xavi giving his seal of approval as well.

While Barcelona are planning a move for the 23-year-old midfielder, Real Sociedad have been trying to secure his long-term future by handing him a new contract.

Indeed, talks are already believed to be underway over a new deal, which would tie him down to La Real until 2027 while they also plan to increase his release clause amount from €60 million to €90 million.

Alerted by this development, Xavi has reportedly now urged Barcelona to begin negotiations to sign the Basque midfielder next summer.

Zubimendi has grown into prominence over the past couple of years and has displayed the necessary qualities which have convinced Xavi that he could be the right player to replace Busquets as Barcelona’s pivot midfielder from next year.

But, the Catalans’ pursuit of the Spanish midfielder would get difficult if he were to sign a new contract with Sociedad, especially if they are planning to hike up his release clause to €90 million.

It should, therefore, not come as a surprise that Xavi is pushing Barcelona to initiate talks over a move for Zubimendi at the earliest as he wishes to land the 23-year-old midfielder before the next season starts.