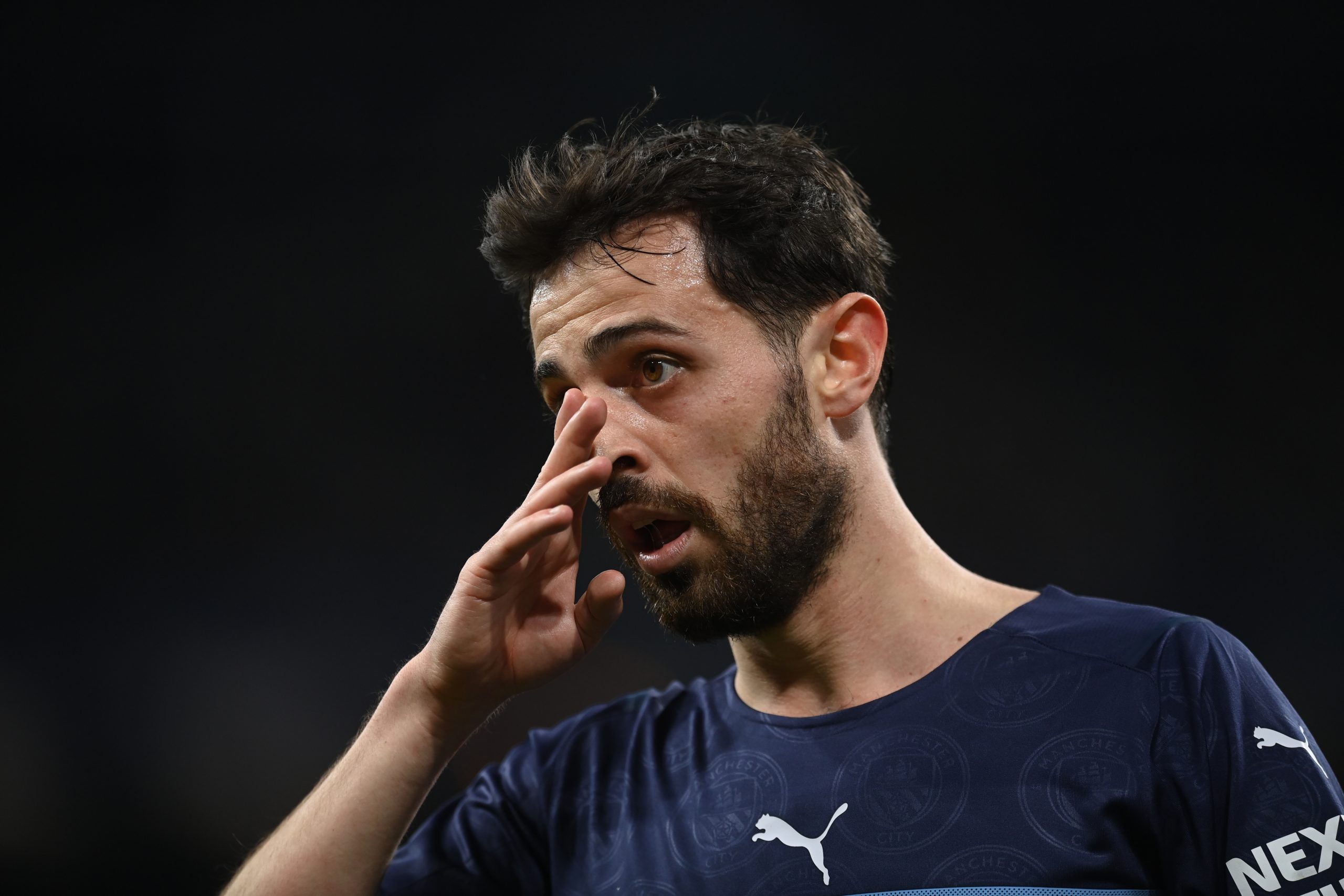 A recent report from Mundo Deportivo has offered an interesting revelation on the future of Frenkie de Jong and Barcelona, in extension.

There has been a lot of speculation surrounding the future of the talented Dutchman, who is reportedly unhappy over his role at the club. Although there has been some internal discontent, Xavi remains determined to keep hold of de Jong for the foreseeable future.

However, the report suggests Xavi could be open to offloading the Dutchman in the summer if he can sign a player with similar or higher quality.

One such player could be Bernardo Silva, with Xavi identifying him as the missing piece of the jigsaw, as far as the Barcelona midfield is concerned.

The Manchester City star is indeed rated highly by the Barça manager owing to his technical brilliance and ability in possession. Unlike de Jong, he is much more an accomplished number eight, who can further operate out wide, if required.

Having played under Pep Guardiola for many years now, Silva also has the tactical nous and the familiarly with the positional play.

It makes him a desirable option for Xavi, who feels the Portuguese international has the quality to become the ideal midfield partner for Pedri.

This way, he would channel Guardiola’s old Barcelona setup that had Xavi and Iniesta as the interior midfielders, with Sergio Busquets serving as the number six.

Xavi wants to “clone” that setup by signing Silva. The Man City star’s expertise in possession, coupled with his creativity, could add a whole new dimension to Barça’s approach play.

The operation to sign Bernardo Silva could be tricky. But the midfielder has voiced his desire to leave Etihad in the past while his agent Jorge Mendes has an excellent relationship with Barcelona.

It could prove to be extremely useful in facilitating the move, although neither of the parties is yet to initiate any contact or make the first step in signing the Portuguese international.