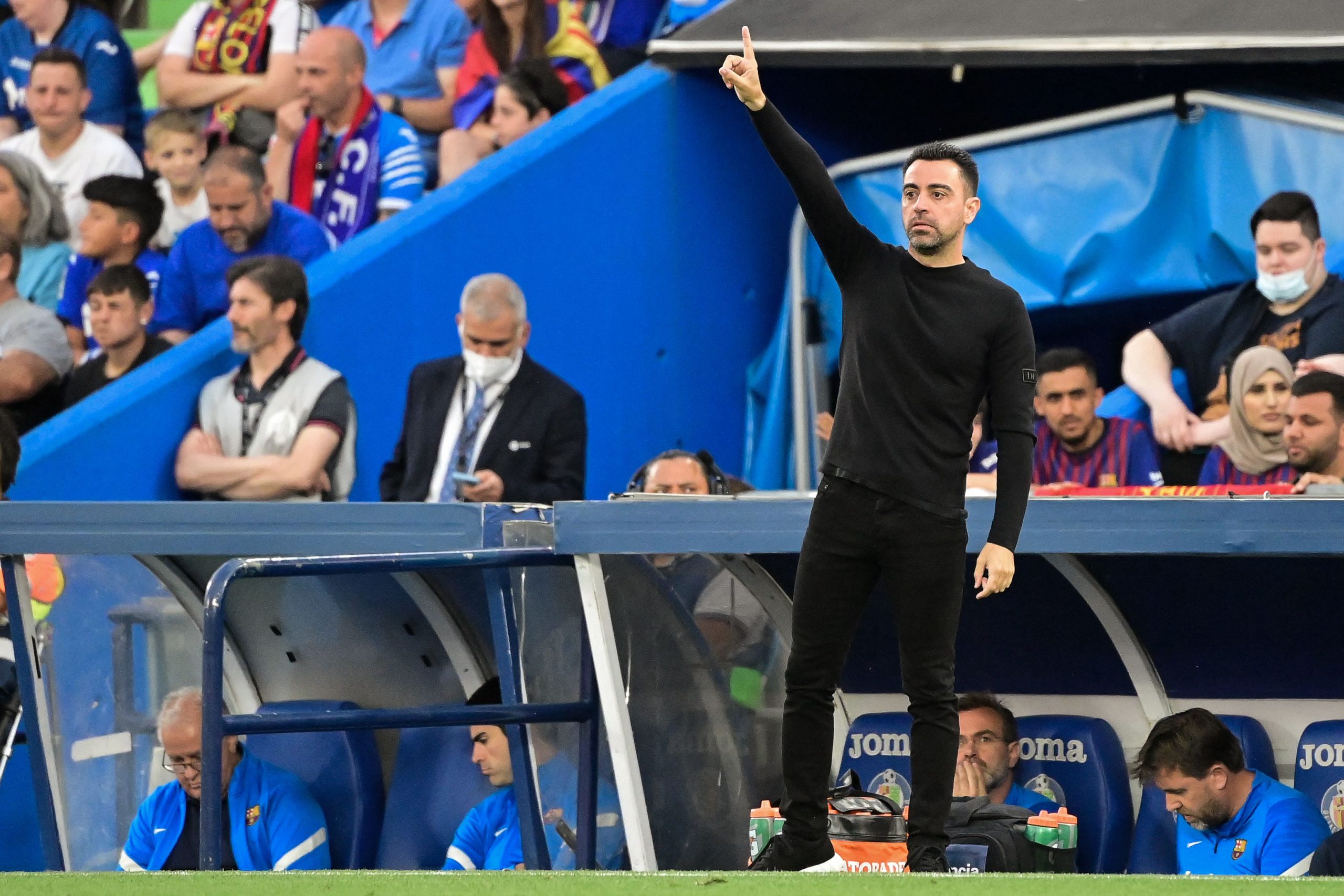 Barcelona secured their runners-up spot in the 2021/22 La Liga season after they played out a 0-0 draw against Getafe at Coliseum Alfonso Perez on Sunday evening.

It was not the most entertaining of matches, with neither team being unable to carve out a lot of goalscoring chances. However, the one point was enough for the Blaugrana to ensure that they finish in the second spot and qualify for the Spanish Super Cup next term.

Speaking after the game, manager Xavi Hernandez looked back on the topsy-turvy season that Barcelona have endured, saying:

“Today we secured second place in La Liga. For me, we achieved this season’s goals by qualifying for the Champions League and the Spanish Super Cup.”

The manager vowed to challenge for trophies next term, as he said: “We will compete for all the titles next season. Next season we want to be more competitive. We will work from the beginning of the summer.”

Talking about the result against Getafe, Xavi said: “Today’s match was complicated, and the draw helped both teams. We had heard that Sevilla drew against Atlético and then the players didn’t know what to do.”

The 42-year-old also spoke about the plans for the summer transfer window, saying: “We must do great planning for the next season. Alemany and Jordi Cruyff know what I believe we have lacked to be able to compete this season.

“We have to take into account the economic situation, depending on how we are in that aspect we will have our priorities.”

Further elaborating, Xavi added: “We have stopped a situation that seemed really difficult a few months ago. Now it’s time to work and improve the economic situation.”

Talking about the future of Riqui Puig, who had a rare start on Sunday, the manager said: “We’ll see what will happen with Riqui Puig.”

Xavi was then asked why he did not hand any minutes to contract rebel Ousmane Dembele, to which he replied: “I have made the XI today based on what I saw in training. Adama didn’t play either.”

Memphis Depay had to come off with an injury during the game against Getafe. Providing an update on the Dutchman, the manager said: “Memphis has a contusion near the hip, it doesn’t look serious.”

Xavi also expressed his pleasure over the performance of youngsters Alejandro Balde and Mika Marmol. The former started at left-back in the absence of Jordi Alba, before making way for the latter, who made his first-team debut coming on in stoppage time.

“I am very happy for Baldé and Mika Mármol. They have a bright future ahead,” Xavi said. “Alejandro Baldé was great today. He was good in the attack and showed his character,” he further added.

Speaking about the tough conversations that he may have to have with some of the players who will be sold in the summer, Xavi said: “We will speak with all our players in two weeks. We will be clear with each one of them.”

Barcelona will finish their season with a home game against Villarreal next weekend.