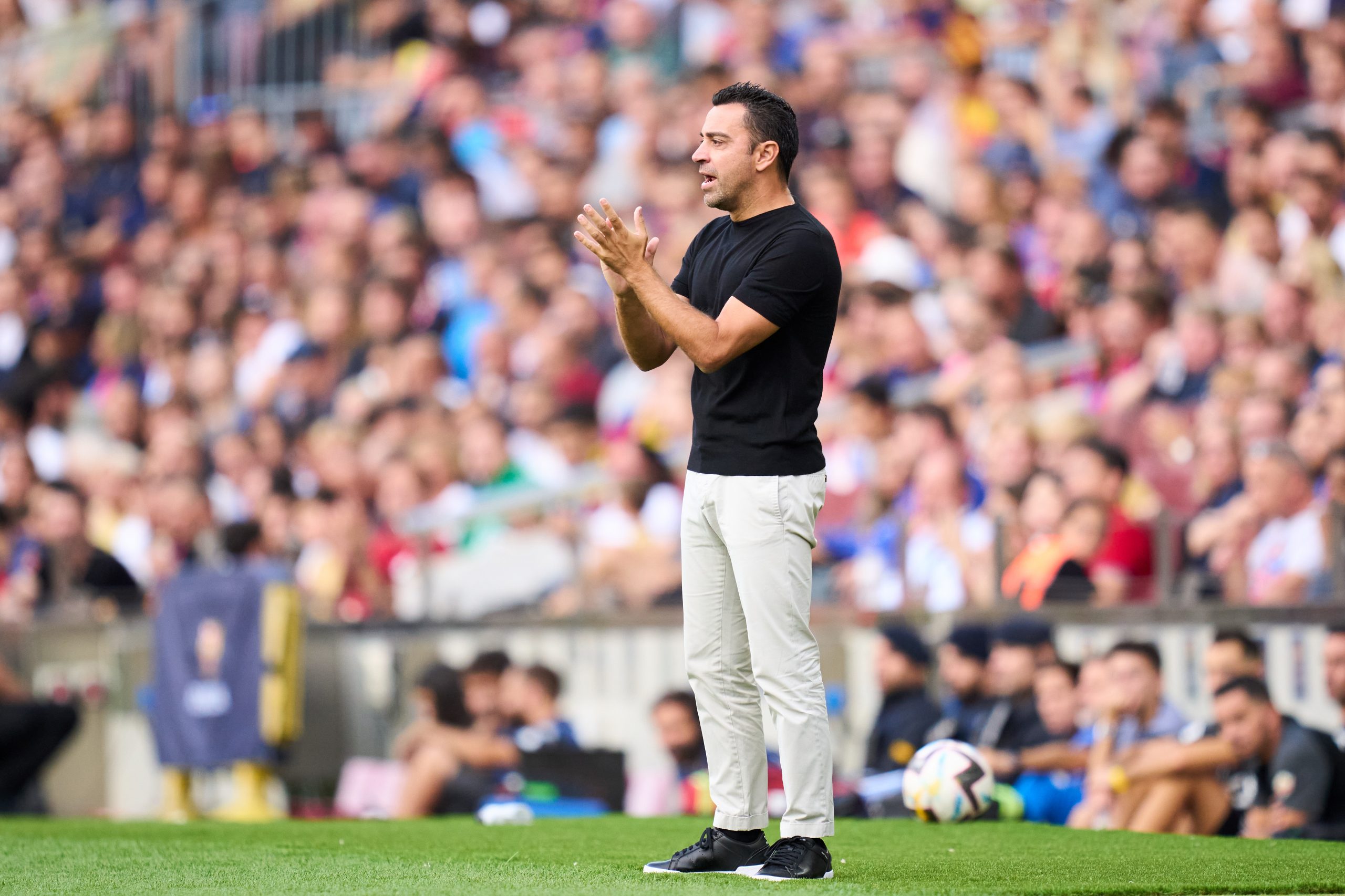 Barcelona cruised to their fifth consecutive win of the season in La Liga as they beat ten-man Elche 3-0 at Spotify Camp Nou earlier today.

The contest became a bit one-sided very early as Elche saw Gonzalo Verdu get sent off just 14 minutes into the game. With the numerical advantage, Barça looked comfortable and opened the scoring through Robert Lewandowski soon after the half-hour mark.

Four minutes from half-time, Memphis Depay, who was handed a rare start on the afternoon, made it 2-0 before Lewandowski scored his second of the game early after the half-time break to put the game to bed.

With the win, Barcelona move to the top of the table and could go into the international break as league leaders if Real Madrid drop points against Atletico Madrid in the derby on Sunday.

Speaking after the match, Xavi spoke about the depth of the squad, saying: “We have a very big squad now. Everyone is training well, responding well. Remember that this season is strange, and we need everyone to be in their top game. We need to become a family.

“You win titles with a big squad, not with a set starting XI. We have 25 players, and all of them could start for every match. Then it’s my turn to take the decisions.”

On the result and the performance: “I’m happy to have won. It was very important. After their red card, the match completely changed. We always have room to improve.”

“Before the red card, the match was more positional. After that, we enjoyed it. It felt quite easy, especially in the second half.”

On Alejandro Balde: “It never ceases to amaze me that a kid of Balde’s age is playing as well as he is. He will give us a lot. His physical condition is barbaric.”

“Balde is a great left back. We have three great left-backs. Jordi, Marcos and Balde. He created several chances today. I’m very happy for him, he’s very mature.”

On Pedri: “Pedri is a superlative player. He understands the game, and he can make the difference with his assists.”

“Pedri has to become decisive for our future. At 19 years old, he is comparable to the best footballers that have ever played here. We need to take care of him.”

On support from fans: “There’s an enthusiasm that can be felt in the stadium, on the streets… There are expectations, and we have to continue working with humility, but the fact that 85,000 people have come shows that there is enthusiasm.”

On Ansu Fati: “Ansu looks good, he looks happy. He played quite well today, and he had a few chances. We have a plan with him and we’re going to stick with it. He will be very important, don’t worry.”

On a busy October: “October will be very complicated. We have a very busy calendar. These two weeks without football will help me rest.”

On Ronald Araujo jumping over the Barcelona logo to avoid stepping on it: “What Araujo did with the emblem is respect. It’s a detail from him.”

On the improved defence: “Our defensive side is very important. We don’t concede a lot of chances. Everyone is focused, working well, and pressing.”

On Lewandowski: “I was surprised by Lewandowski’s human side. He is a very humble person with commitment and hunger.”

On the youth in the squad: “We have a squad full of young players that have not won titles, and they are hungry.”

On whether he will watch the Madrid derby: “If I have time, sure.”

On whether Franck Kessie deserved a second yellow card: “Sometimes the referee’s decision goes against you, and sometimes it benefits you. For me, you have to trust their credibility.”

On Dembele playing after the birth of his child last night: “Dembele was a professional. He slept very little, and I asked him if he was fine to play. He said that he wanted to play, he always wants to.”

On the La Liga title race: “As of now, we’re leaders.”

On the goal for the team: “Winning, winning, and winning. We have to win every match. Winning has to be a drug for us. We can’t get enough.”