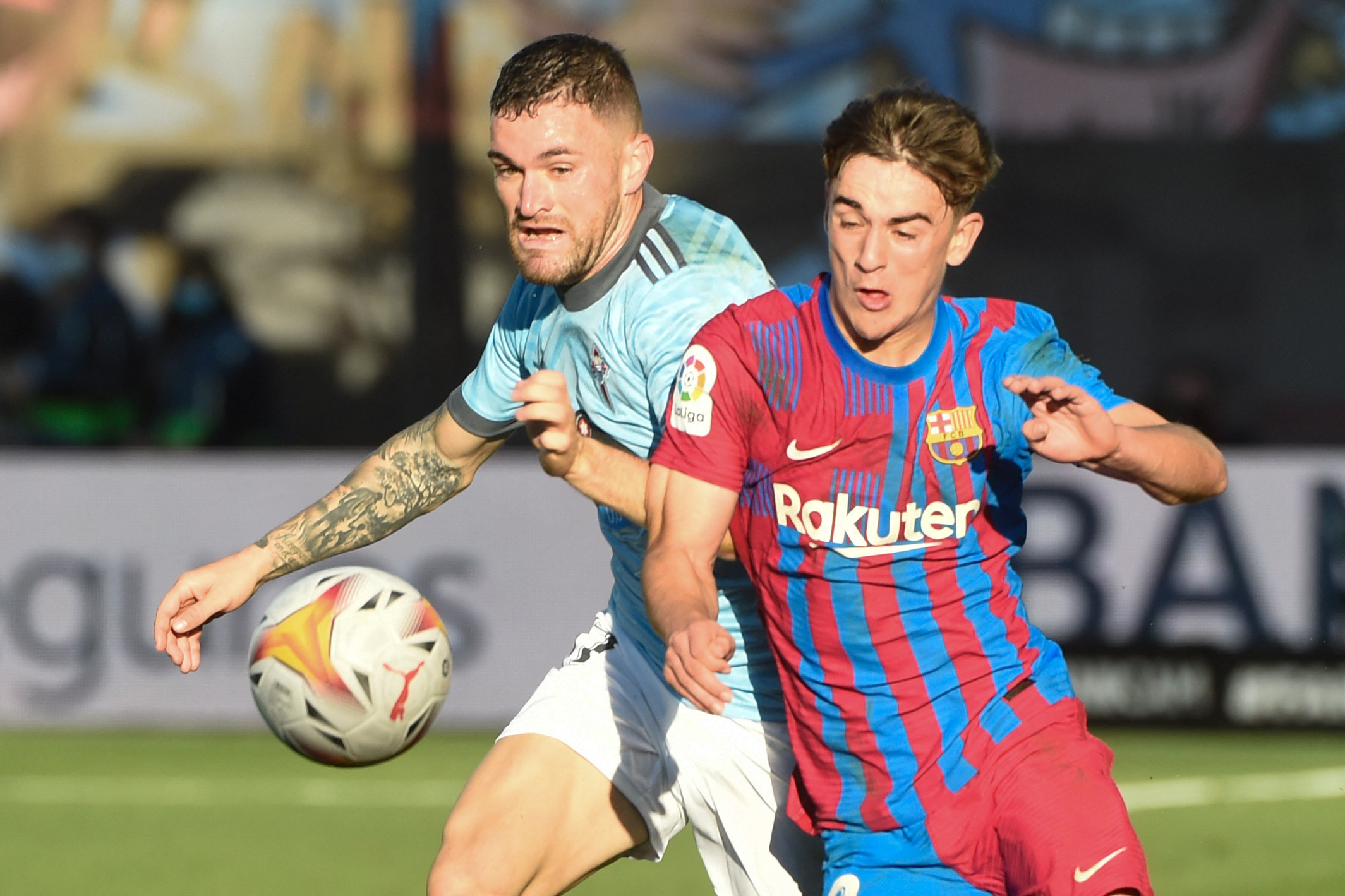 Barcelona are in the market for a new left-back this summer as they look to find a reliable long-term replacement for Jordi Alba.

At the age of 33, the Spaniard is not getting any younger and the club soon need to sign a reliable deputy, who can eventually fill his shoes in the years to come.

Barcelona have been linked with a host of talented left-backs in the market so far, but according to Diario AS (h/t SPORT), it is Celta Vigo star Javi Galan who has emerged as the desired option for Xavi Hernandez.

The Barça coach considers the Celta Vigo starlet as an ideal successor to Alba due to his technical prowess and the promise he has shown in La Liga over the past couple of years.

A native of the southwestern city of Badajoz, Galan initially made his La Liga breakthrough last season with SD Huesca, racking up 37 league appearances. He made a solid impression with his technical quality and pace while also showcasing discipline and maturity.

His impressive performances even earned him a move to Celta Vigo last summer. And the defender hasn’t disappointed either, quickly becoming a first-team regular at the club, with a total of 29 league appearances so far this term.

Barcelona’s interest in Javi Malan could mean the club are favouring cost-effective options in the market, given the fact that the Catalans had targeted other options such as Angelino of RB Leipzig, who will presumably cost a fortune.

Jose Gaya was another candidate, but the Valencia captain might not be on board with the idea of playing second fiddle to Alba.

Galan, therefore, appears to be the most sensible option. The 27-year-old has shown a lot of promise in La Liga and can only improve under the tutelage of Xavi next season. He is unlikely to cost a fortune either, despite having a long-term contract at Celta Vigo.