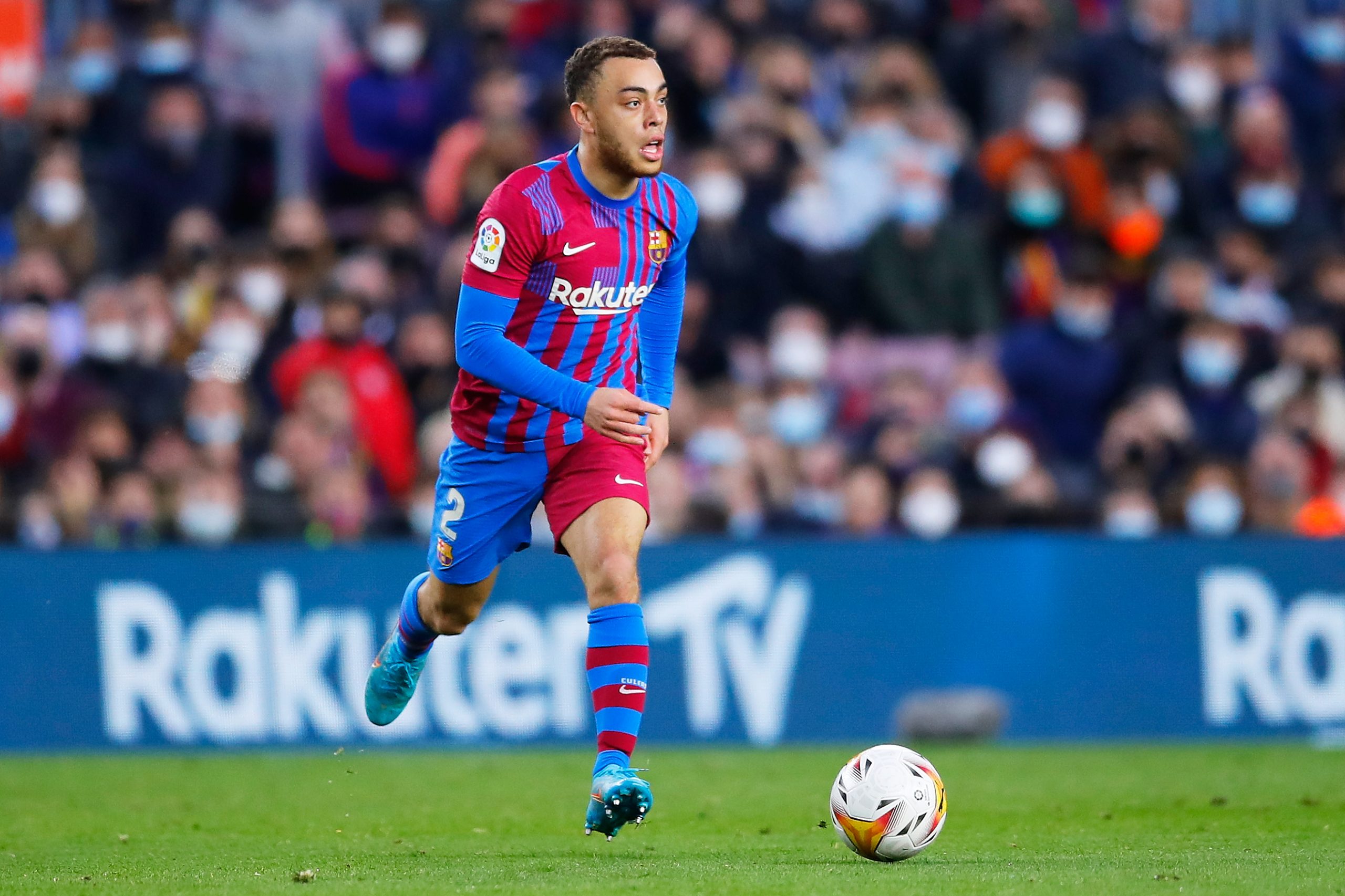 With Barcelona needing player sales in the summer transfer window to secure their transfer targets, there could be several exits in the coming weeks.

Philippe Coutinho is already on his way out, with his loan move to Aston Villa set to be made permanent in a €20 million deal. Now, according to a report from Diario AS, Sergino Dest could be shown the doors as manager Xavi Hernandez has given the green light for his sale.

Dest joined Barcelona in the summer of 2020 from AFC Ajax but has never been able to convince of his abilities at Camp Nou. The 21-year-old has largely struggled with injuries in the ongoing campaign. Even when fit, he has had to share game-time with Dani Alves.

Heading into the new season, Barça have made the signing of a new right-back a target for the summer. In fact, the Catalan giants are expecting to close the deal to secure the signing of Chelsea captain Cesar Azpilicueta imminently.

His potential arrival, coupled with the imminent contract extension of Sergi Roberto means that Xavi will likely have enough options at right-back. Furthermore, the possibility of extending Dani Alves’ contract is also not ruled out either.

So, Dest’s prospects of featuring regularly next season look bleak. And now, Xavi has given the green light for the club to offload the USMNT international provided a sizable offer comes along for his services.

The report clarifies that Dest’s exit would not be because of sporting reasons but purely due to the club’s motives of boosting the finances in the summer. They believe that there are enough options to cover in his position, and are hence ready to sell him or use him in a player-exchange deal.

Sevilla, for one, have shown an interest in Dest recently, with their director Monchi making enquiries over his availability. With Barcelona interested in signing Jules Kounde from Los Nervionenses, the possibility of using the 21-year-old right-back as a makeweight is not ruled out.