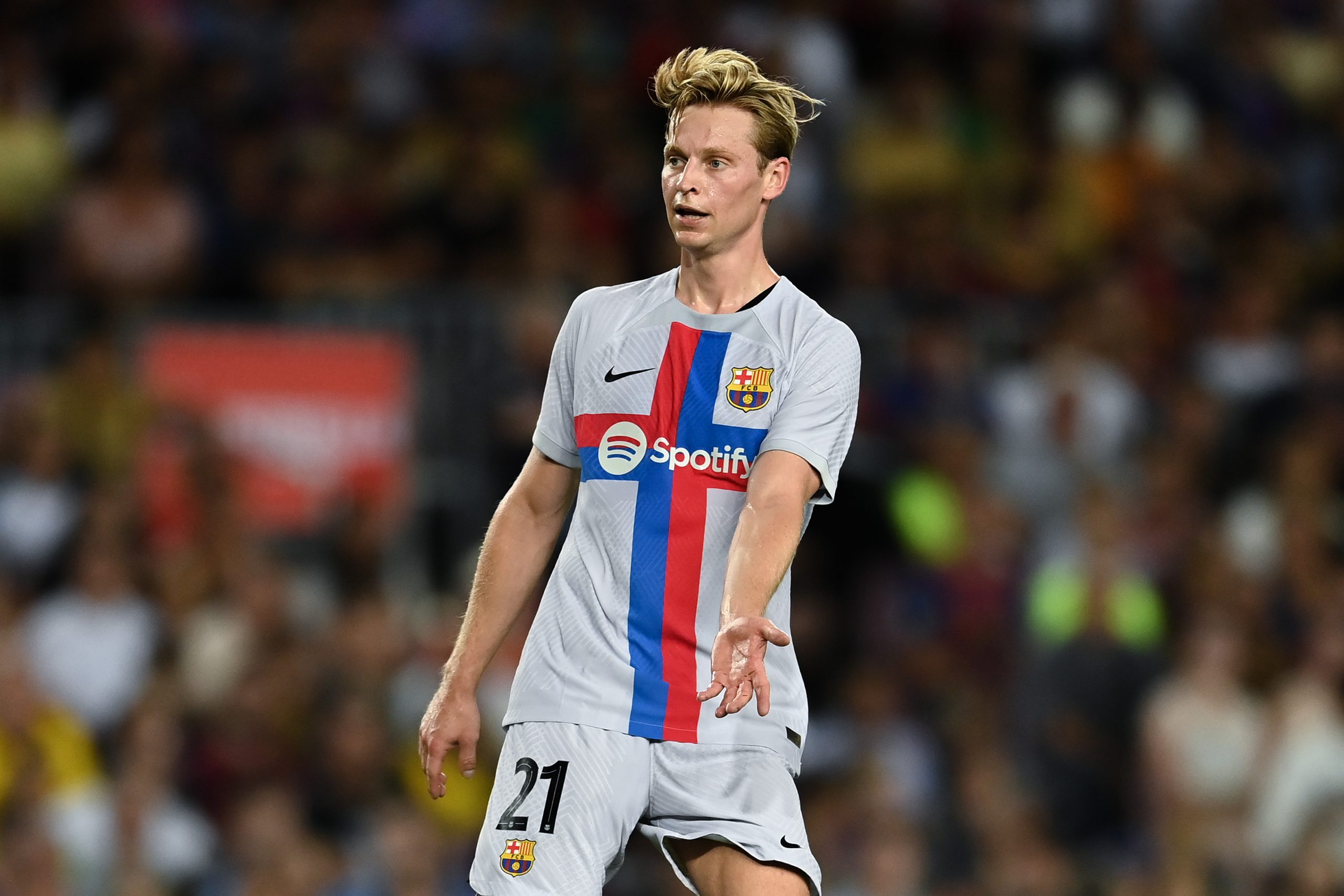 Frenkie de Jong is rightly expected by the fans to be a natural replacement of a certain Sergio Busquets, although if a report from MARCA is to be believed, Xavi is still seeing the Dutchman as more of a number 8 than a holding midfielder.

Do Jong’s prominence in the Barcelona squad was expected to diminish. After all, the former Ajax man was on the verge of leaving when the Blaugrana struck a principle agreement in place with Manchester United and then Chelsea.

But with the 25-year-old refusing to accept personal terms, he ended up staying which raised questions over his participation and his role in the ongoing 2022-23 season.

As it turns out, the Dutchman has proved to be a vital cog for Barcelona. Now, he is indeed behind Busquets, Pedri and Gavi in the pecking order but whenever given the opportunity this season, he has rightly stepped up.

The midfielder started his first game of the season against Real Sociedad in a 4-1 win in a rather unusual formation (3-2-4-1), playing alongside Gavi during the outing. However, with Busquets returning to the starting XI, he played nearly 30 minutes as a substitute against Valladolid and Sevilla.

De Jong played full 90 minutes against Viktoria Plzen in the UEFA Champions League and this outing was followed yet another successful tenure against Cadiz, where he ended up on the scoresheet in a 4-0 win.

The game saw the Dutchman being utilised as more of a box-to-box player as Busquets held the defensive fort. Against Elche, however, with Busquets returning to the bench, de Jong took the holding midfielder’s role and ended up playing most passes (105) than any other player.

This goes on to show the versatility the midfielder brings. Whenever called upon as a box-to-box midfielder, he has returned with positive figures and the performance hasn’t diminished whenever deployed as a defensive midfielder.

For now, it is understood that Xavi plans to use de Jong for the rest of the season, although the main idea is to use him as a number 8 and not as a pivot.