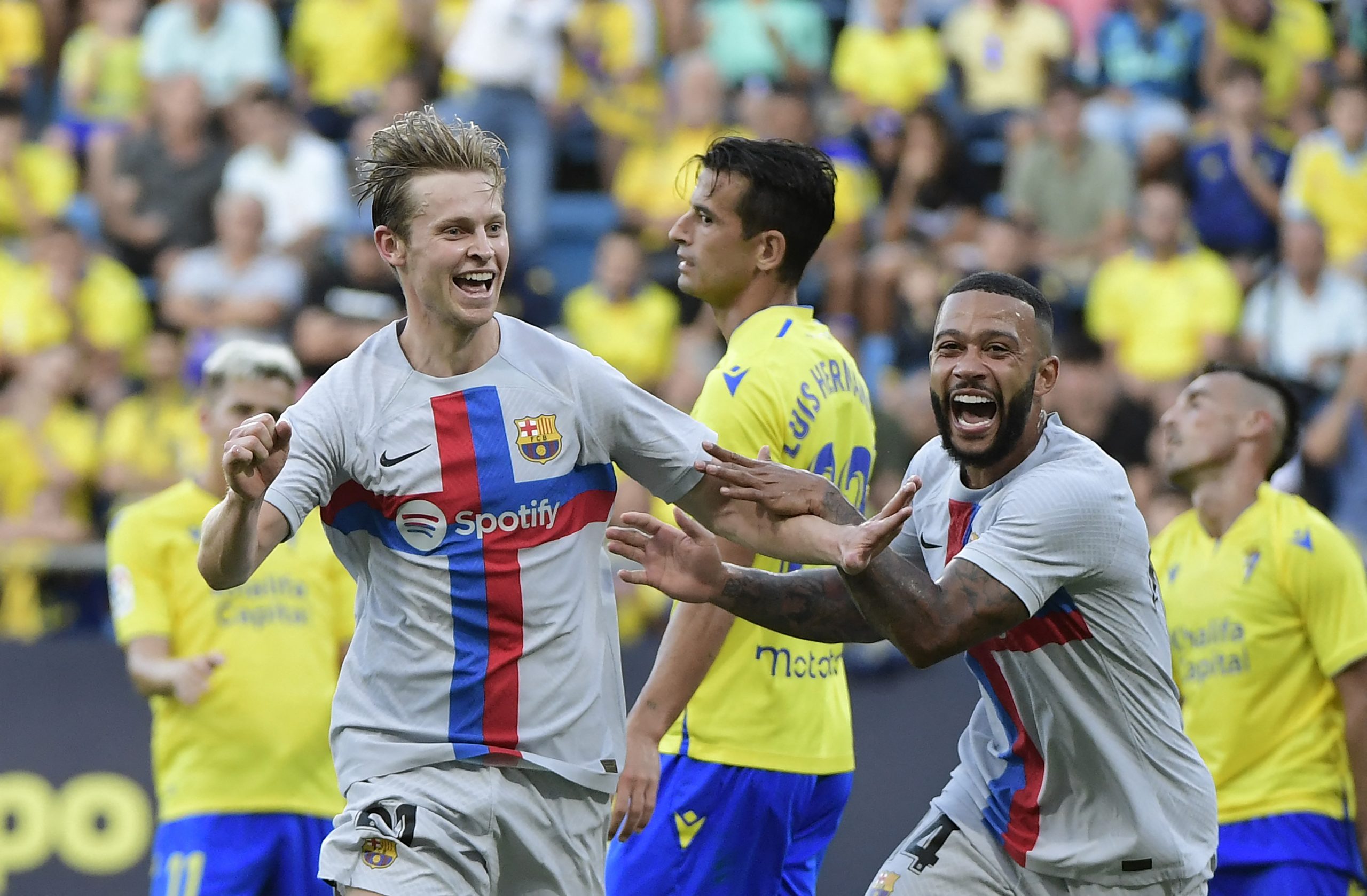 Xavi made a few surprising decisions against Elche. To begin with, a certain Raphinha was demoted to bench, making way for once exit-bound Memphis Depay while club captain Sergio Busquets was rested in place of Frenkie de Jong who started as their pivot.

The turnaround in fortunes of the Dutch duo is a revelation, to say the very least, especially given the fact that both Depay and de Jong were being forced out in the summer.

Frenkie de Jong – the Busquets alternative in the squad

De Jong was a subject of extensive transfer interest from Manchester United. New boss Erik ten Hag wanted his compatriot to be his main man, but the midfielder’s reluctance to leave resulted in him staying at Camp Nou. Chelsea also entered the fray but gave up rather easily.

Now, there are arguments that a player who is owed a bucketload of money by Barcelona as part of the deferred wages would not want to move in the first place. But the club are slowly starting to reap the rewards of the Dutchman’s decision to stay.

De Jong took the leadership role against Elche in midfield and completed 95 passes at an accuracy of 90.5%. This was the most passes by any player on the day. In fact, apart from de Jong and Pedri (92), no Barcelona player completed more than 70 passes against Elche.

It’s not too long ago when a group of Barcelona supporters turned against the Dutchman when he refused to revise his contract, which would have resulted in a lower salary.

As it turns out, the 25-year-old is proving to be quite an effective player. The former Ajax man has completed 259 of the 281 passes, made 20 ball recoveries and has won 29 of the 35 duels this season.

These are magnificent numbers for a player who was once on the verge of leaving and is currently the fourth-choice midfielder behind Sergio Busquets, Pedri and Gavi.

It must be remembered that Barcelona were ready to give up on the 25-year-old as well. The club sure had their reasons and they even had a principle agreement in place with Manchester United and the situation was pretty much the same with Chelsea.

However, with Nico Gonzalez leaving on loan and Miralem Pjanic departing, Barcelona had nowhere to go but to settle with de Jong. And now, he is being seen as the alternative to Sergio Busquets within the squad.

Memphis Depay, making a case for himself

The situation with Memphis Depay was pretty much the same. The ex-Manchester United forward had no place in Xavi’s blueprint ahead of the season. Juventus even made an approach, but the move collapsed as they decided to sign Arkadiusz Milik instead, forcing him to stay.

In reality, Depay had no place in the Barcelona squad. With Raphinha and Robert Lewandowski arriving and Ousmane Dembele extending his contract, the Catalans had enough options with Ferran Torres and Ansu Fati waiting in line as well.

And Depay had a torrid start to the season, as he did not play a single minute in the first four league matches. But he has gotten a decent run of late and even scored a goal in his latest appearance.

Now, it can be argued that the starting minutes came against Cadiz and Elche, but the 28-year-old has shown that he can still be a valuable asset, with Xavi appreciating his efforts.

Despite being termed outcasts at one point, Depay and de Jong have not let their heads down and have showcased that they are ready to fight for their places in the side.