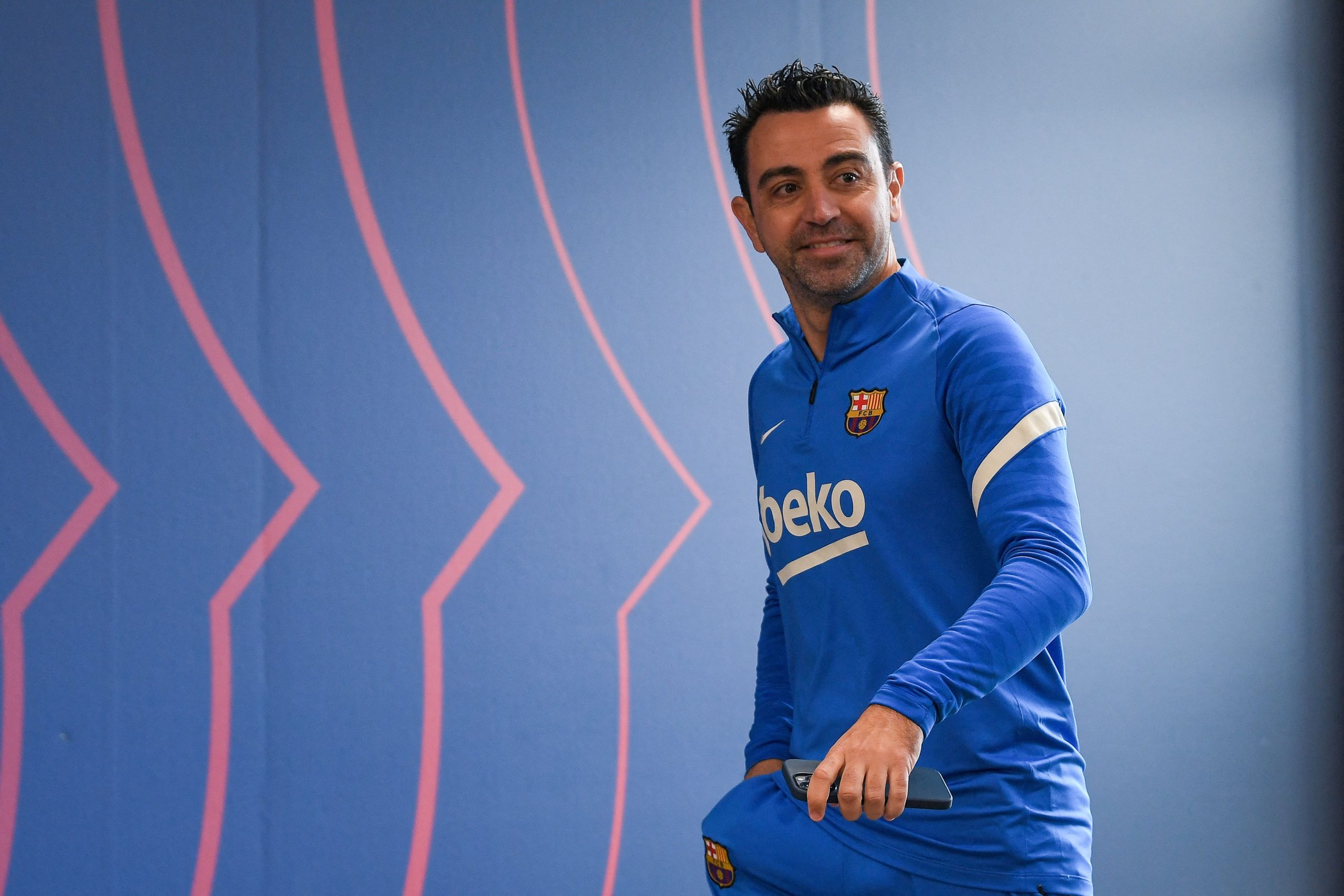 The stage is set at the Santiago Bernabeu. A dry pitch greets both teams as the players get ready to showdown in a game worthy of the world’s attention.

Carlo Ancelloti’s men have been preparing with rigour for a week, while Xavi’s Barcelona are confined within the 48-hour time frame between El Classico and their Europa League matchup against Galatasaray.

Months of progress for the Blaugranas will now take centre-stage, as they walk into a hostile Bernabeu, ready to be challenged both mentally and physically.

It was not a test of tactical competence, as we have seen what these men are capable of in the right circumstances.

With the haunting memories of Roma, Anfield, Lisbon, and a culmination of failure, slowly increasing in magnitude, due to the incompetence of Sandro Rosell and Josep Maria Bartomeu, this game felt like the final of all finals for the Blaugranas; the same team who had failed to defeat Real Madrid for the last three years.

With all the lost games, difficult times, and lack of alignment across all facets of the club, Barça’s progress over the last few months were set to be tested to no limits on a harsh Sunday night in Madrid.

Low and behold; the former midfield maestro’s men came out not only unscathed but with a slamming victory over their long-time rivals. A day of triumph for the garnet and blue; a day of change.

For far too many years have the fans and the club suffered from the structural lapses that seeped through all areas of the club; yet this game feels like the turning point; a return to Barça’s traditional philosophical ideas.

A return to competence and personality. Positional play, Tiki Taka, possession-football; call it what you want, but Xavi has found his winning rhythm.

Through a potent combination of tactics and emphasis on personality and confidence, the 42-year-old’s team has skyrocketed over the last few months, overcoming strenuous low-blocks and defensive teams, with outstanding goalscoring records.

Barça have netted four goals against Valencia, Athletico Madrid, Osasuna, Athletic Club, and Napoli. All within the space of one month.

Xavi’s implementation of his ideas are straightforward, well-translated to his players, and hugely influential in bringing the team back to its very best.

He is a firm believer in stretching the field of play as wide as possible, while having a target man in the box (and centre-midfielders through late runs) in order to overcome defensive blocks. We can Xavi’s ideas in actions through the winter signings more than anything else.

After months of deliberation, the board and the coach settled on the right profile of players they needed to sign: Ferran Torres, who functions as a nine while approaching the box from the wings.

His off-ball movement is beyond comprehension, yet he is struggling to convert all his chances.

Adama Traore and Pierre Emerick Aubameyang have provided much-needed diversity in the attack. Aubameyang is an expert at playing with his back towards the opponent’s goal; this allows the flow of attack to be far smoother in the Blaugranas’ attacking phases, as he can use his body orientation to make disorientating runs into the box.

Adama, while limited in his ability to express himself on the wings, at least compared to the mercurial Ousmane Dembele, has gifted the team with great speed and flexibility.

He has shown an expert ability to find fellow teammates in the box with his wonderfully weighted crosses; something he provides with more consistency than Dembele.

While the attacking reinforcements have been nothing short of brilliant, Xavi’s team harnesses its main strength from the midfield.

For example, a combination of the two workhorse geniuses, Pedri and Gavi, makes Barça’s press extremely hard to bypass, while de Jong provides an immense sense of disruption and ball control.

With so much variety in midfield, Xavi’s men have become far better at pressing their opponents high up the pitch. Both the attackers and the midfielders, by the manager’s instruction, have been instructed to treat every game as a final, to run until they cannot.

This factor of mentality and personality were strongly lacking under previous boards and coaches; tactical competence without translatable instruction has plagued Barça for many years.

Yet finally, it seems that for the first time since 2017, a coach with the right philosophy for the Blaugranas has been rightfully given the job.

When speaking on the team’s pressing against Real Madrid, he was nothing short of praise, “We played a very complete match, much better than Madrid, much superior… The high pressure was very good, with Aubameyang, and also with Pedri helping a lot.”

It is clear that pressing and possession are the key traits of Xavi’s Barça, while clearly defined roles for each player on the field creates an impenetrable sense of structural integrity.

As evidence, the men in garnet and blue have only conceded five goals in the last eight games, while scoring 24, mostly against high-level opposition.

The two key reasons as to why Xavi’s Barça are far more effective with their press and with scoring goals than previous years is because the former maestro understands the values of automatisms.

A strong believer in the Cruijffian model of football, Xavi assigns clearly defined roles to all eleven players of the field, while paying keen attention and advising his players on how to move and pass between phases of play to gain advantages.

Such a change has benefitted Sergino Dest immensely for example. Xavi has guided him into a far more complete fullback; someone who can invert himself as the auxilary midfielder or attack wide as an overlapping fullback.

The second change that Xavi has implemented into his players is a great shift in mentality. With the trauma of past humiliations over the last five or so years still haunting the Blaugranas, it seems that Xavi has been the first one to instil a sense of presence into the team.

In 135 days, Xavi has managed to anchor a sinking ship and shaped it into a great vessel, capable of going farther than any other team, perhaps in the near future.

His communication of ideas has allowed each of his players to benefit in some way under his short and continuing tenure.

There is a great environment of healthy competition, developed by the former Al Sadd manager’s rigorous applications of meritocracy, as he is famously known to make team selections based on how well the players perform in training leading up to match day.

Xavi has seemingly diversified and unlocked the potential of previously “finished” players. Busquests has made an incredible comeback. Game-in, game-out, he is absolutely untouchable in midfield, recovering balls, winning ground duels, pressing to no end, and passing his way out of any tight situation.

He is the glue of Xavi’s team, and he has excelled immensely, foregoing all doubts. According to fbref.com, Busquets applies 18 pressures per game, with a success rate of 36%, placing him far higher than any of his fellow teammates.

Pedri and Gavi have been following in a similar pattern, using their excellent body orientation and positional sense to shut down potential attacks from the opponent’s half, while dangerously propelling the team forward through empty spaces and exploitable gaps.

Xavi’s brilliant mesh of personality, identity, and tactical strength, and his unparalleled communication to translate his ideas to the players, has brought Barça back from the very depths of hell.

At the start of the season, Lionel Messi and Antoine Griezmann left, and Ronald Koeman’s Barça descended into chaos. The team could barely hold its shape, let alone attack the opposition.

But no more shall the reality for Barça be one without a constant influx of victories or trophies.

If the chameleon-eyed maestro can keep his head down, stay humble, and push his team to their limits, while closely following a systemic structure for signings with the board, he can be the very key to finally aligning this club back to its roots. To its identity, to winning, yet never comprising Barça’s footballing model.

Keep an eye out for the Blaugranes; they’re back in town.