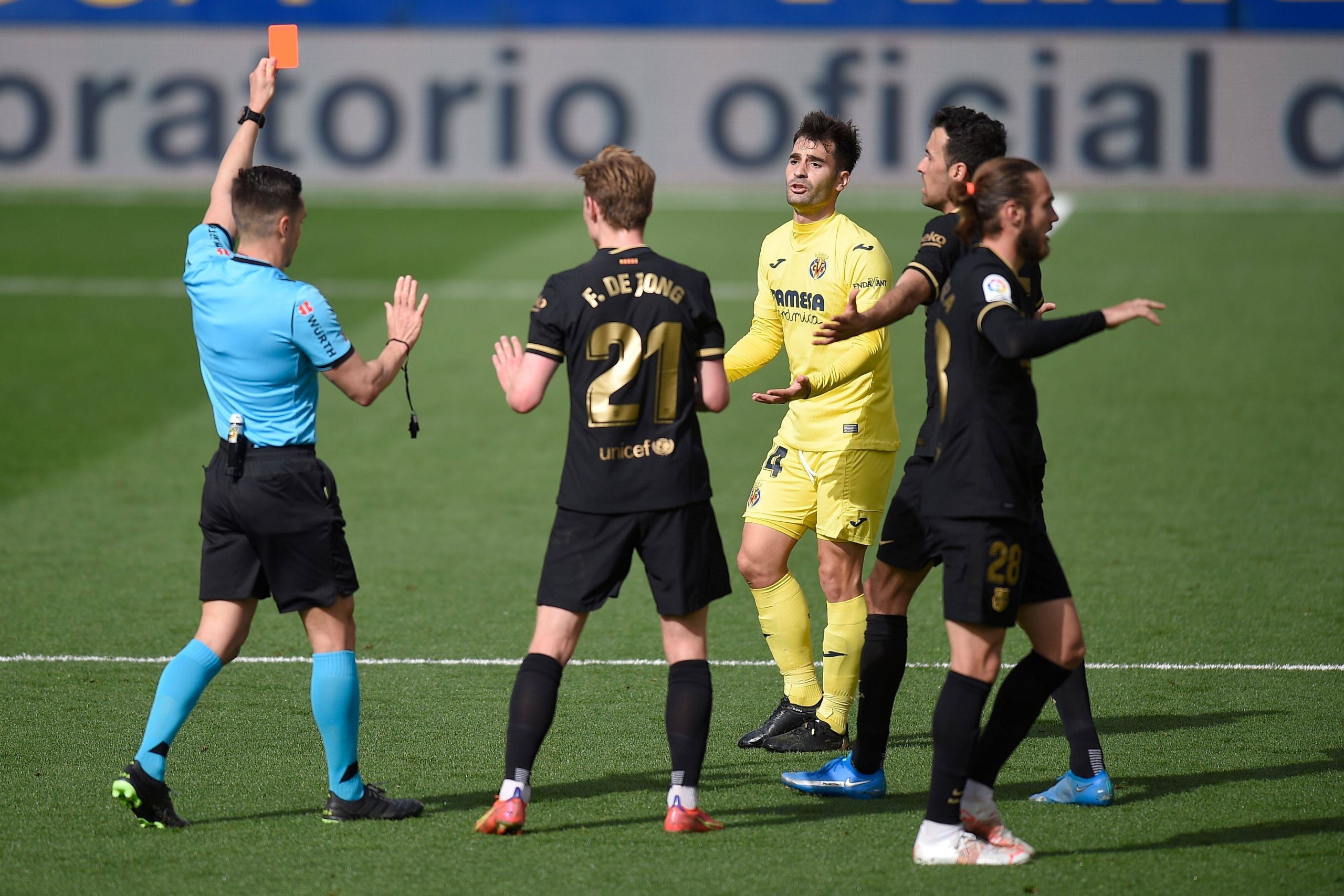 During Barcelona’s 2-1 win over Villarreal at the Estadio de la Cerámica on Sunday, Lionel Messi took a brutal foul at the 64th minute as midfielder Manu Trigueros slid into a 50-50 challenge at the half-line, but took out the Barcelona captain in the process, with his studs sliding straight into the Argentine’s ankles.

Carlos del Cerro, who was refereeing the game, immediately reached into his pockets for a direct red card for the Spanish midfielder, as Barcelona’s captain lay in the ground in significant pain, garnering the attention of the medical staff.

The foul was the cause for protest among Villarreal players, including defender Pau Torres, who appeared to be arguing against the red card with the referee.

Barcelona came out of the first half winning 2-1 thanks to a brace from Antoine Griezmann, despite conceding first. In the second half, the Catalans faced immense pressure from the Yellow Submarine. Lionel Messi was fouled 6 times over the course of the game, the most significant of which came from Trigueros’ foul in which his left foot rose all the way to the Argentinian’s waist.

READ: Ronald Koeman and life at Barcelona without a natural number ‘9’

The validity of the red card was authenticated by former referee Iturralde de González, who reviewed the foul on Cadena SER’s Carrusel Deportivo: “It’s a horrible challenge. Yes, that’s a red card, but it’s not intentional. It’s dangerous play though, there’s no question. He does get the ball, but his foot is too high and makes contact with Messi.”

Despite looking fairly hurt by the incident, Barcelona’s number 10 appeared unscathed and continued to play the full 90 minutes for the Catalans.

Eventually, the Frenchman’s brace was enough to give Koeman’s side against 10-men Villarreal. Barcelona finds themselves 2 points behind league leaders Atlético Madrid, but with a game in hand.

La Blaugrana face Granada on Thursday, hoping to achieve the top spot in the league for the first time this season.