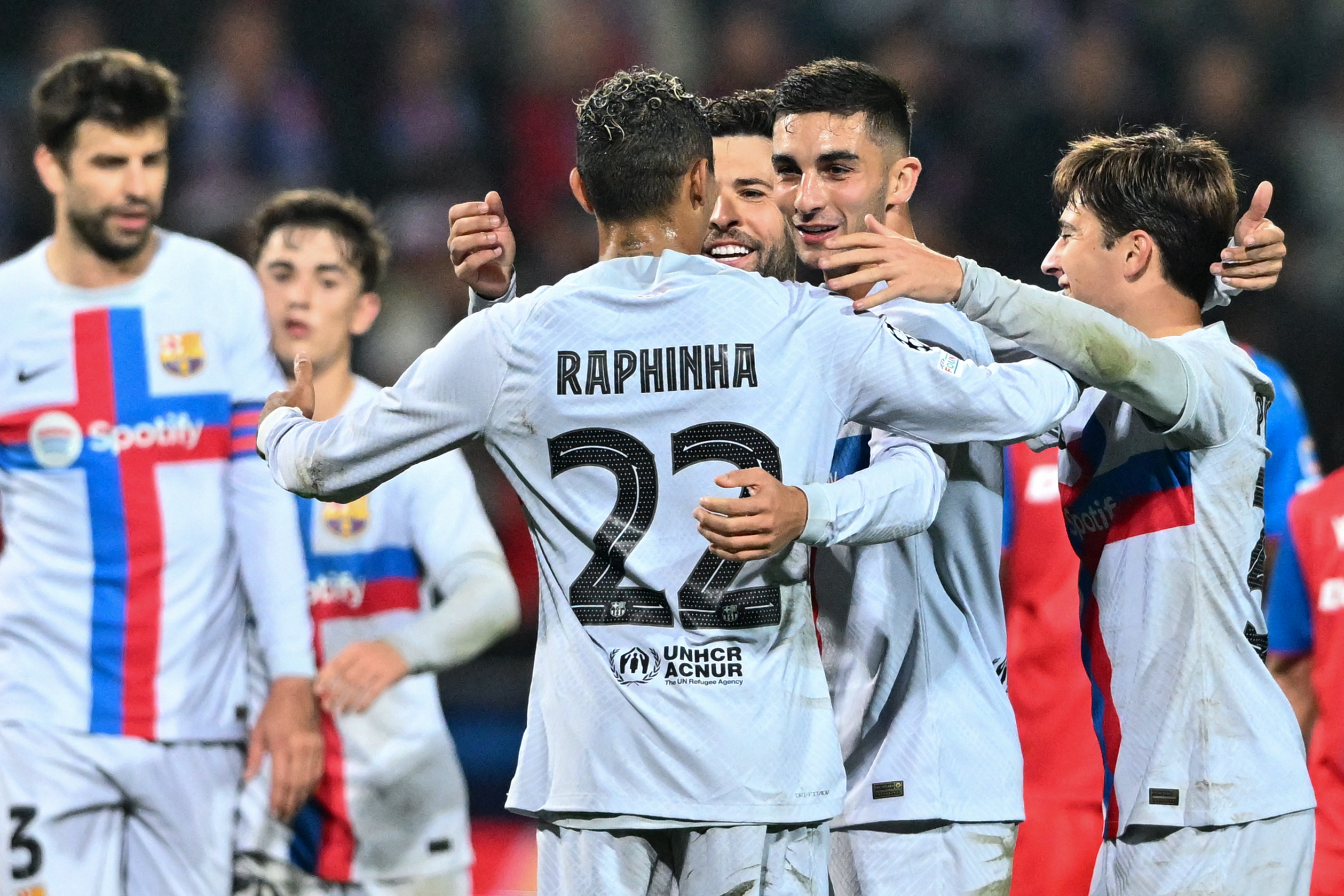 There was not much to play for in Barcelona’s final UEFA Champions League game of the season. Both participating sides had their position on the standings fixed and even a win on the night would not see either team avoid elimination.

Xavi opted for a well-rotated side for the game at Doosan Arena. Inaki Pena started in goal with the combination of Marcos Alonso and Gerard Pique ahead of him in central defence. Jordi Alba and Hector Bellerin played as the left and right fullbacks respectively.

Pablo Torre, Gavi and Franck Kessie played as the midfield three on the night, giving a rest to the usual suspects. Ansu Fati, Ferran Torres and Raphinha completed the lineup for the Catalans.

It barely took any time for Barcelona to find the opening goal against Viktoria Plzen. Just six minutes into the game. The move began with Torres who made an incisive pass to release Fati on goal. The youngster struck a vicious shot but his effort was saved by Stanek. Nevertheless, Marcos Alonso was there to poke home the opener after the goalkeeper spilt the ball.

Both teams had their chances in the next period, and the hosts came painfully close to scoring the elusive equaliser. Just as it seemed that Plzen were finding their way back into the game, the Blaugranas doubled their lead.

The goal came through Ferran Torres in the 44th minute. Alba created the chance with a well-struck cross into the area which the forward half-volleyed in style into the back of the net.

Pablo Torre awarded Plzen a route back into the game early in the second half when he brought Chory down in the area, prompting the referee to award a penalty. The Czech international struck the ball well to get the better of Pena and reduce the deficit to one.

The goals just kept coming as the Blaugranas restored their two-goal cushion just three minutes later. After a lovely dribble into the box, Torres played a lovely one-two sequence with Raphinha before striking the ball cleanly to take it past Stanek.

Xavi brought on Alex Balde for Jordi Alba in the 57th minute.

Michal Bilek’s men scored their second goal of the night three minutes past the hour mark through Tomas Chory. Adam Vlkanova produced a sensational cross into the visitors’ area to tee up the striker for a clean header past Pena.

Franck Kessie pulled his hamstring in the 67th minute and was replaced by Marc Casado.

The 75th minute brought with it a special moment for young Pablo Torre as he scored his first goal for Barcelona. The 19-year-old showed great positional acumen to run past the Plzen defence and control the ball before striking a vicious shot into the roof of the net. However, he injured his leg in the process and had to be replaced by Alvaro Sanz immediately. Xavi also brought on Ousmane Dembele for Raphinha.

The game ended with a scoreline of 4-2 and a win for Barcelona. After recording just their second win in this season’s UCL campaign, the Blaugranas face elimination and will play in the Europa League after the FIFA World Cup.

The Catalans next face Almeria on Sunday before taking on Osasuna in their final game before the international break.