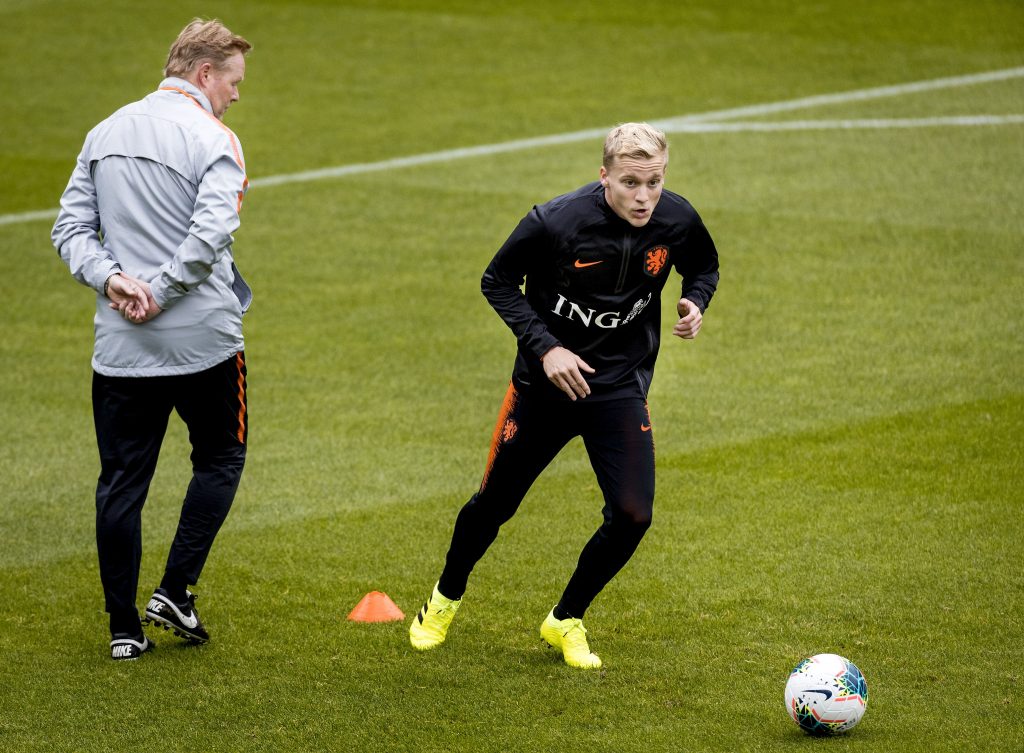 Koeman is willing to see Dutch midfielder Donny van de Beek in his team in Barcelona, according to reports. The 23-year-old could be Koeman’s first signing to form a midfield duo with his international team-mate, Frenkie De Jong, at the Camp Nou.

Van de Beek would have to change his preference from Real Madrid, but considering the fact that his national team coach’s name is on the table, this would not be a hard choice for him – especially since Zinedine Zidane continues to prefer Paul Pogba for his team.

The player comes from an Ajax background, having played there for five seasons. Van de Beek has played 175 games in which he scored 41 goals and made 33 assists. The fact that the midfielder is only 23-years-old is another plus sign since the Barcelona bone is aging.