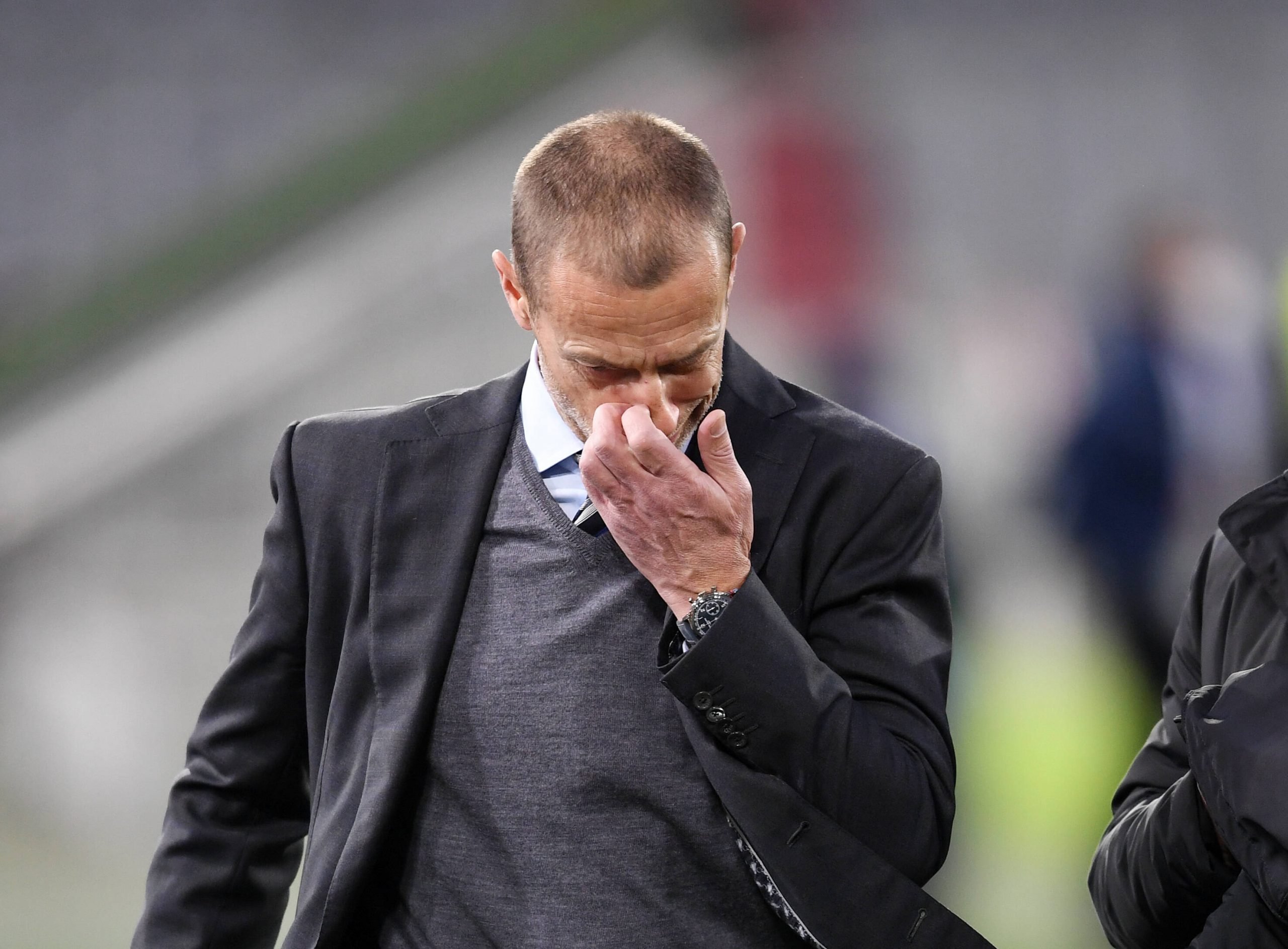 Speaking to Slovenian broadcasters 24UR, UEFA president Aleksander Čeferin provided his thoughts on the events that have unfolded in the world of football in the past 48 hours or so. UEFA seem to be in a massive conflict with Florentino Perez, president of Real Madrid and chairman of the European Super League project.

Čeferin also voiced his apparent disappointment in all the 12 founding clubs and their chiefs, as he believed they have acted in extremely poor interests. He was particularly frustrated with Perez and aimed quite a few statements at the Real Madrid chief.

Čeferin however, stated that he and UEFA were not as disappointed with Barcelona as they were with all the other clubs involved. He stated that he knew the kind of precarious position the club found themselves in and thus Joan Laporta is in a sticky situation. However, he believes the Barcelona president has been smart in his actions.

“Everyone disappointed me but Barcelona the least. Laporta became president just two months ago, it wasn’t his fault. He made a very smart move to get out of it. I have spoken to Laporta two or three times… I totally understand him,” the UEFA chief told the interviewers.

Čeferin seemed well aware of Barcelona’s financial crisis which seemed to have backed Barcelona into a corner, as he said: “Laporta was under pressure because of the financial situation in which the football club found itself, and he inherited it. It was not his fault that the situation was such. At the same time. time, as a wise negotiator, he kept a way out.“