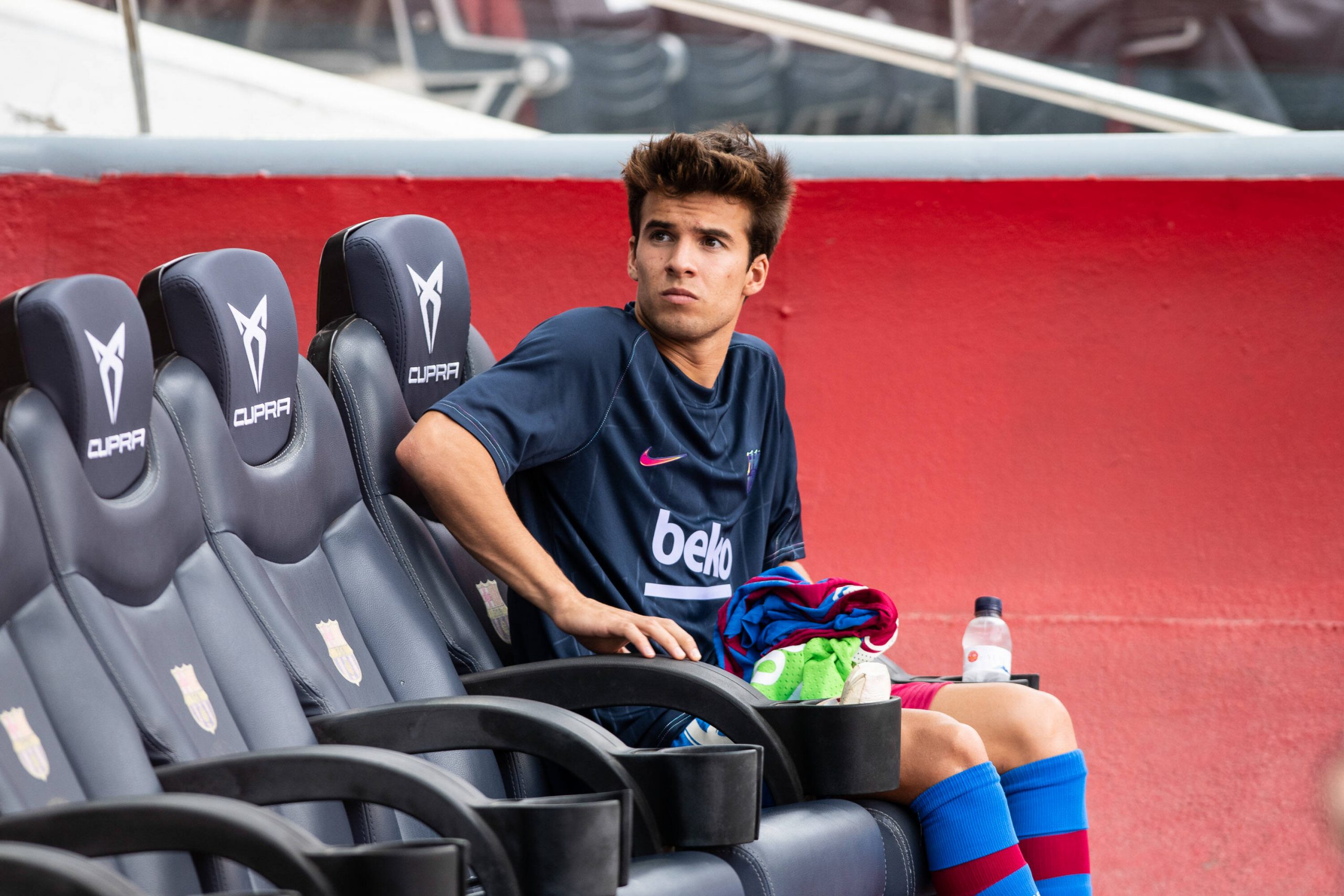 With the first international break of the 2021/22 season underway, club football has taken a backseat, allowing managers to assess their squads after the transfer window and plan for what lies ahead.

Barcelona manager Ronald Koeman also has some issues to sort out before his team returns to action. The postponement of the game against Sevilla means that the Catalans will be facing Bayern Munich in their first game after the break in the UEFA Champions League.

And while the Barca head coach has his first-choice side pretty much sorted, there are some issues with regard to some members of the roster. Alex Collado, for starters, finds himself in a limbo, having not been registered for the first-team or the B side.

Then there are the curious cases of Riqui Puig and Samuel Umtiti. The former, a once highly-rated academy product, has been marginalised into a bit-part player by Koeman since his arrival. Indeed, the midfielder started just two La Liga matches throughout the course of the last season, with Koeman publicly admitting that Puig would be better off leaving on loan.

While that did not materialise, Puig now finds himself behind up and coming academy talents Nico Gonzalez and Gavi in the pecking order.

Umtiti, meanwhile, finds himself in a similar position to Puig, in that Koeman does not consider him a part of his plans. Indeed, as Mundo Deportivo claims, the Dutch tactician wanted the 27-year-old defender out of the club last year itself, along with the likes of Arturo Vidal and Ivan Rakitic, but a move could not be worked out.

The 2018 FIFA World Cup battled with injuries last term again and managed to start just 13 matches. And while there were a couple of promising outings at the turn of the year, it turned out to be a false dawn, as he again succumbed to injuries and fell out of favour.

Efforts were made to offload Umtiti this summer, but he managed to convince the Barcelona board to give him another chance. And, as per the aforementioned report from Mundo Deportivo, the Catalans’ hierarchy remains intent on seeing both Puig and Umtiti being involved more in the first-team picture, but Koeman continues to ignore the duo.

In fact, it has even been suggested integrating the duo into the side is one of the objectives that the club has given Koeman as part of his contract renewal talks. Whether that forces him to reconsider his stance remains to be seen. For now, both Puig and Umtiti continue to find themselves between a rock and a hard place.