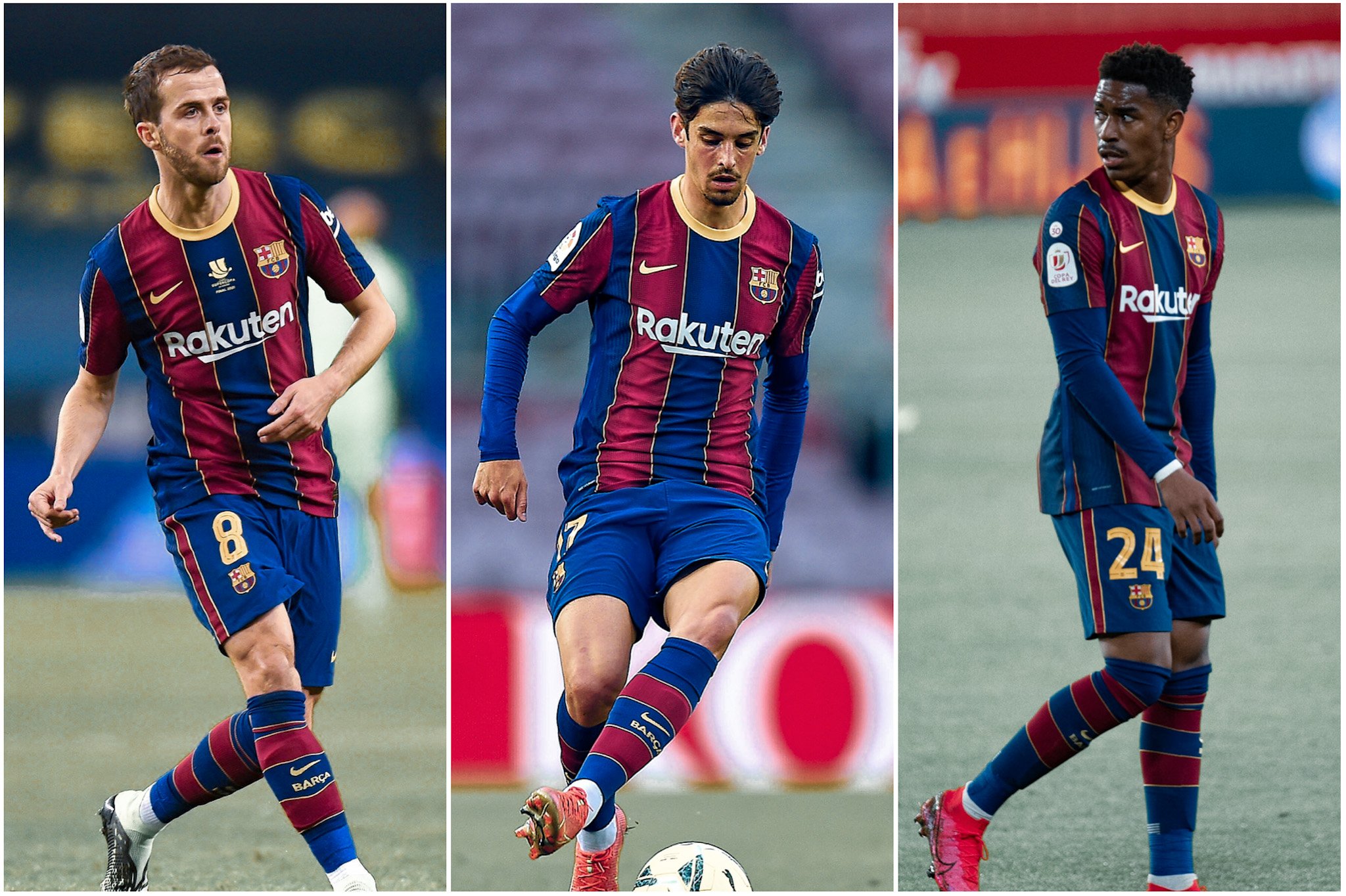 The transfer season has come early at Barcelona. The club has already completed three signings, and are very close to penning the fourth signing of the season. It’s only natural that so many arrivals will be complemented by departures too. As per the ever-reliable Gerard Romero, there are four players who have potential suitors at the moment.

The list includes the names of Miralem Pjanic, Trincão, Matheus Fernandes, and Junior Firpo. Earlier, both Matheus Fernandes and Miralem Pjanic have stated that they were not happy with the treatment they received in the 2019-20 season. Firpo also had offers in the winter window, however, he stayed due to a personal issue.

Barcelona bought Pjanic in a swap deal with Arthur Melo. As per reports from Catalonia, the deal intended to ‘balance the books.’ The Bosnian could not manage to win the trust of Koeman’s through the course of the season. He played only 30 times for the Catalan club in his first season, out of which 18 appearances were off the bench.

All of this amounted to just 1295 minutes on the pitch. The club has already communicated that Koeman will continue for the coming season. It can be said with certainty that with the Dutchman in charge, he will have very few options to play. Many Italian clubs have contacted Barcelona to acquire the 31-year-old.

Another midfielder who arrived in the summer was Matheus Fernandes. The Brazilian has a worse case than Pjanic. He wore the Blaugrana jersey in a solitary match against Dynamo Kyiv in the UEFA Champions League. Fernandes also gave a blasting interview criticizing Koeman’s methods. At the moment, he wants to move to a Spanish club on a loan deal.

Junior Firpo also had very few minutes next to his name in the 2019/20 season. The Dominican national wanted to leave in the winter window itself. Barça had almost finalized the deal with Inter before Firpo backed out due to a personal reason. He is one of the players who want to leave the club willingly in search of playing time. Inter are in a pole position to acquire his services at the moment.

Last but probably most promising comes Trincão, who arrived last year. The Portuguese winger has shown his potential at times. However, it looks like he is still far from the level required at Barça. Trincão’s most of the appearances last season were off the bench. His agent Jorge Mendes wants to take him to Wolves.

We will have to wait and see how these operations will evolve, but amidst all the uncertainties, one thing is sure: it will be a very busy summer at Camp Nou offices.