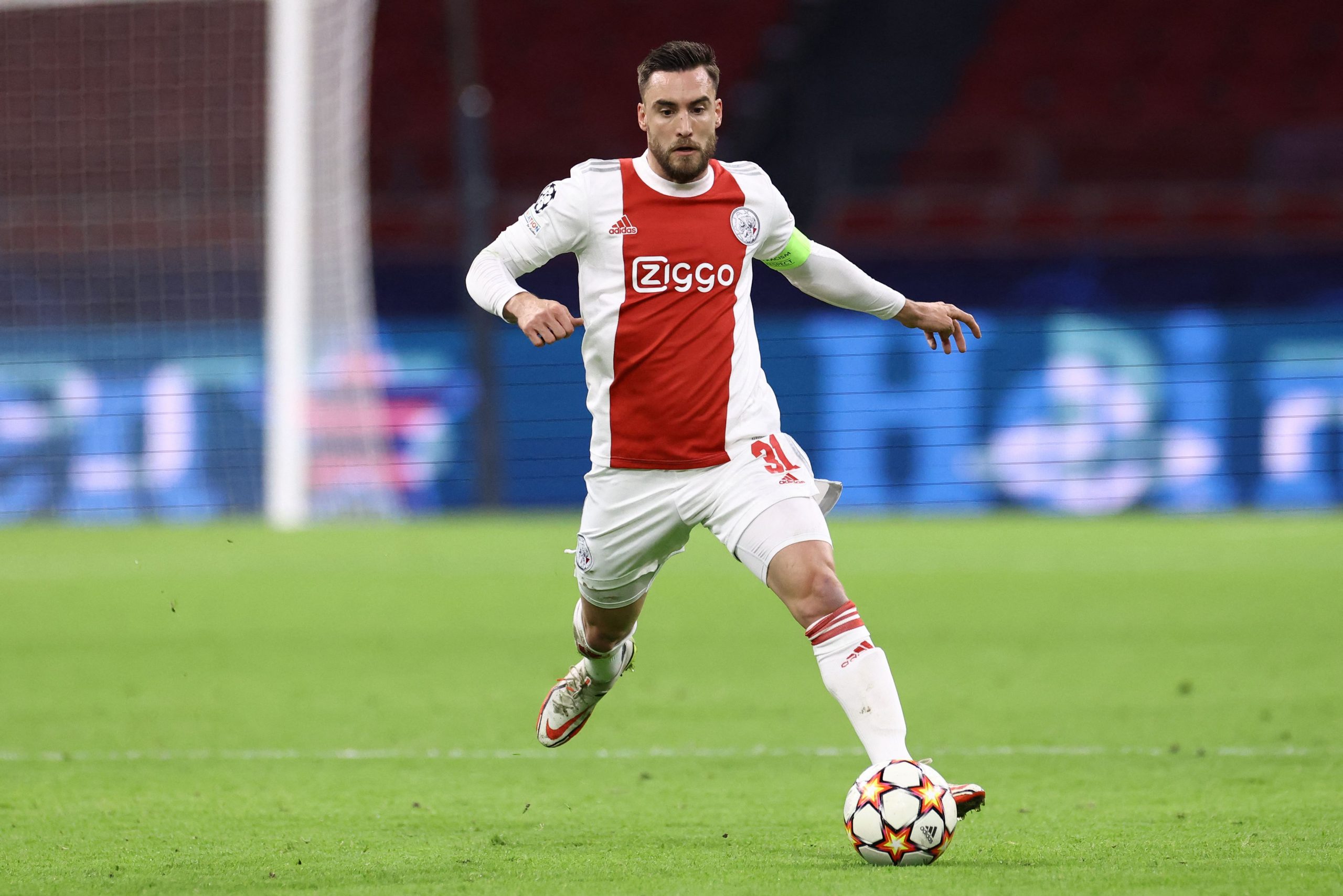 Jordi Alba has rarely if ever, had to worry about being replaced at Barcelona. The left-back position has been a difficult one to cover for any new signing.

However, Laporta aims to change that situation in the coming windows. Barcelona have been scouting left-backs for a while now, and Jose Gaya and Alex Grimaldo have emerged as possible options.

According to reports from Gerard Romero, two new names have come to the fore. Alex Telles and Nicolas Tagliafico have reportedly been offered to the club by their agents a few days ago. This opens up a window of possibility for the board.

On one hand, Tagliafico was a regular starter for Ajax last season, but the arrival of Daley Blind has booted the Argentine out of Eric ten Hag’s plans.

The 29-year-old has just started two games in the Eredivisie this season, with poor defensive numbers. Given his lack of minutes, the youngster is willing to move away from his club.

On the other hand, Alex Telles made his dream move to Manchester United two years ago from Porto. Despite being one of the Portuguese side’s main players at the time of his departure, his situation at Old Trafford has been far from ideal.

The Red Devils have been in poor form this season, and Telles has only started in seven Premier League games.

In over 600 minutes of action, he has only managed one assist. However, his defensive numbers are impressive, with three tackles and 1.5 interceptions per game.

It remains to be seen if Barcelona pursue either of the two as short-term options or opt to wait until summer for their dream target, Gaya.