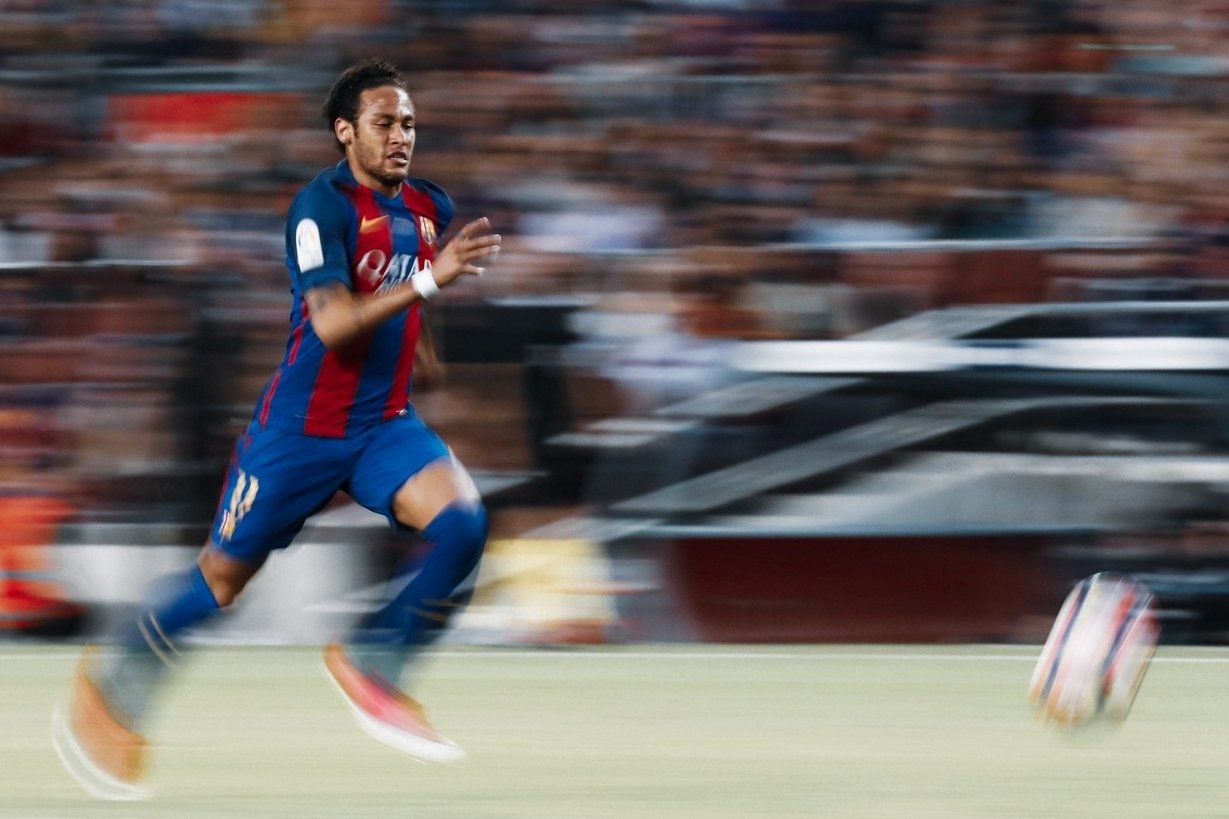 Perhaps the true moment when Football Club Barcelona took began taking a downturn from bad to crippled was when Neymar Jr. exited the club in the summer of 2017. His shocking, €222m transfer left an already incompetent board — led by then-president Josep Maria Bartomeu — in a great state of panic. Money that was invested in Antoine Griezmann, Philippe Coutinho, and Ousmane Dembele.

The swiftness with which one of Barça’s most important star players transferred away left Bartomeu and his accompanying cronies in total shock. Hundreds of millions of Euros thrown down the drain in the form of three desperate attempts at replacing the Neymar-shaped hole in Camp Nou have well and truly left the club crippled to its core. And that is not even considering the several other terrible decisions that have left the club in debt of over €1 billion.

Apart from the (ironic) financial damage from Neymar’s exit, it is the sporting damage and the breakage of the most dangerous ‘MSN’ trio that has hurt the club the most. As Pep Guardiola said, “I’m pretty sure if he’d stayed in Barca they’d have won two or three Champions Leagues more.”

Reports from all across are now rekindling a return for the Brazilian to the Camp Nou. While it will certainly bring back skeletons from the closet, Barça Universal will take a look at three reasons why Neymar can possibly solve Barcelona’s problems. Of course, there is no chance that the 29-year-old can come in and sweep up the club’s institutions to make everything squeaky clean. For example, he will not solve the team’s defensive woes, nor will his arrival magically remove the club’s ginormous massive debt.

However, there are several ways in which his arrival can help the club improve, both financially and sportingly. In this article, we will examine how.

Ever since Neymar left in 2017, followed by Iniesta’s departure in 2018, the sole creative force in Barça has been Lionel Messi. With the only other alternative forward being Luis Suarez and lesser creative presences in midfield, such as Arturo Vidal and Ivan Rakitic, the playmaking duties fell completely on Messi’s shoulders.

When Neymar, and Iniesta, were still at the club, playmaking duties were distributed between three brilliant players, all capable of creating play and pulling strings. However, Barça have not enjoyed this privilege for three years now, which has left a massive weight on the Argentine’s shoulders. In fact, the little maestro’s goal contributions over the last three seasons have constituted a massive 49.6% of Barça’s total goals scored across all competitions.

Therefore, it is evident that the Blaugranas require another creative force who can split the load and allow Messi some nights to breathe. After all, when you have two of the world’s best players in one team, it is easy for the team to excel when even one of them suffer an off-day. But at the moment, if Messi has an off-day, Barça are often left with minimal chances of winning a game.

Enter Neymar. Apart from Culés having already feasted on four seasons of Neymar magic in the Camp Nou, statistics also back up the claim that the Brazilian winger would significantly reduce Messi’s creative load.

The 29-year-old ranks in the 99th percentile in non-penalty expected goals, total shots, expected assists, and shot-creating actions compared to other attacking midfielders and wingers in Europe in the last year.

Additionally, the Brazilian maestro is also in the 99th percentile in progressive passes (7.31 per 90), progressive carries (11.66 per 90), and successful dribbles (6.05 per 90). These numbers are genuinely jaw-dropping and mean only one thing.

If Neymar were to return to Catalunya, he would be a huge creative force for Barça. One could expect the Brazilian to drop deep constantly — something he has learnt in PSG — and playmake. He is an immaculate passer of the ball, attempting several daring through balls per game. Additionally, he is one of the best dribblers in the world. Neymar would create space by simply manoeuvring his way around defenders and getting into advantageous spaces to pass the ball. Currently, there is only one such player in Barça: Lionel Messi. The prospect of having two players of such creative calibre is truly mouth-watering.

The Champions League winner is also no foreigner to scoring goals, having scored 57 goals across the last three seasons, even though he has missed a whopping 71 games due to injury. If he can maintain his fitness, he could consistently deliver goals and assists for Barça, something no player apart from Messi has managed for a long time.

It goes without saying; if Messi’s friend dons the Blaugrana badge again, one can expect to see the Argentine continuing his career here. There are a few simple reasons for this. Firstly, the camaraderie between Messi and Neymar has always been visible. The two of them are great friends, and with Luis Suarez having left, it would be wonderful for the number 10 to have another close friend at the club.

Secondly, the most important factor in Messi staying at Barça is whether he believes that they can compete in Europe and amongst the best teams in the world. If a huge force like Neymar were to join, the Catalans would be instantly strengthened by a huge amount, meaning they would become more competitive as well. This comes as a natural product of having two of the best players in the world.

If Neymar comes into the Catalan capital, it would almost guarantee that Messi will stay for a few more years. With an admirable midfield and defence shaping up with several talented youngsters such as Pedri, Frenkie de Jong, Ronald Araujo, and Oscar Mingueza (among others), having two huge talents like Messi and Neymar can help in the development of these players hugely. In addition, the team can be truly competitive again, given the Brazilian winger’s huge impact on the game, added on top of Messi’s undisputed play.

The Brazilian forward is one of the most marketable assets in world football. If he were to come back to Barça, it would generate huge buzz and bring a larger audience back into watching their games. A duo such as Messi and Neymar brings great excitement among the fandom and would surely serve to increase the club’s sponsorships.

In addition, jersey sales would increase a lot. Often, big signings such as Neymar see shirt sales skyrocketing, meaning the club’s revenues would also take a turn for the better. However, it is likely that the former Santos player will command no low wages — and concurrently, Paris Saint-Germain will ask for a very high transfer fee — and given Barça’s situation, a transfer like this seems impossible.

Nevertheless, with a competent incumbent board at long last, Laporta reportedly has a miracle plan brewing to make such a signing possible. He is firstly renegotiating Messi’s contract to pay him 50% of his current wages while paying the rest of it to the Argentine over a long-term period, where he will become a club ambassador and later part of the board.

Secondly, Laporta is looking to secure sponsorships worth over €500m, which would effectively make possible the signing of Neymar. Thirdly, it is likely that many players will be transferred out of the Camp Nou in order to reduce the wage bill and bring an influx of cash. With some of the most poorly negotiated wage structures formed by former president Josep Bartomeu and his cronies, the club must look to change this going forward. Such a structure where, for example, Sergi Roberto is earning more than Joshua Kimmich and Virgil Van Dijk. Samuel Umtiti earns more than the combined wages of Ruben Dias and Aymeric Laporte, which is not sustainable in the long term whatsoever.

Laporta will likely move along the likes of Umtiti, Philippe Coutinho, Neto, Martin Braithwaite, Junior Firpo, Jean Clair Todibo, Carles Aleña, Matheus Fernandes, Miralem Pjanic, and possibly Roberto. These players have all struggled to prove themselves in the Catalan capital, and the benefits outweigh the costs of transferring these players, as they are surplus to requirements.

Therefore, if Laporta manages to make these institutional and financial changes, there is a high chance where a transfer such as Neymar becomes possible again. Additionally, him coming into the club would generate high revenues itself, with a return on investment almost assured within the very first few weeks if he were to have a second spell in Camp Nou.

While a move such as this is most likely implausible, given the complex relationship between Neymar and the club, as well as tough negotiations that will ensue from both sides, there is no doubt that the Brazilian maestro could fix several problems for Barça among various departments.

His arrival would instil confidence in the squad, most likely keep Messi in the club, and would become a second creative genius for the team — something Barça have severely lacked. Hopefully, Laporta can work out a structure in which transferring the 29-year-old into the Camp Nou becomes possible.