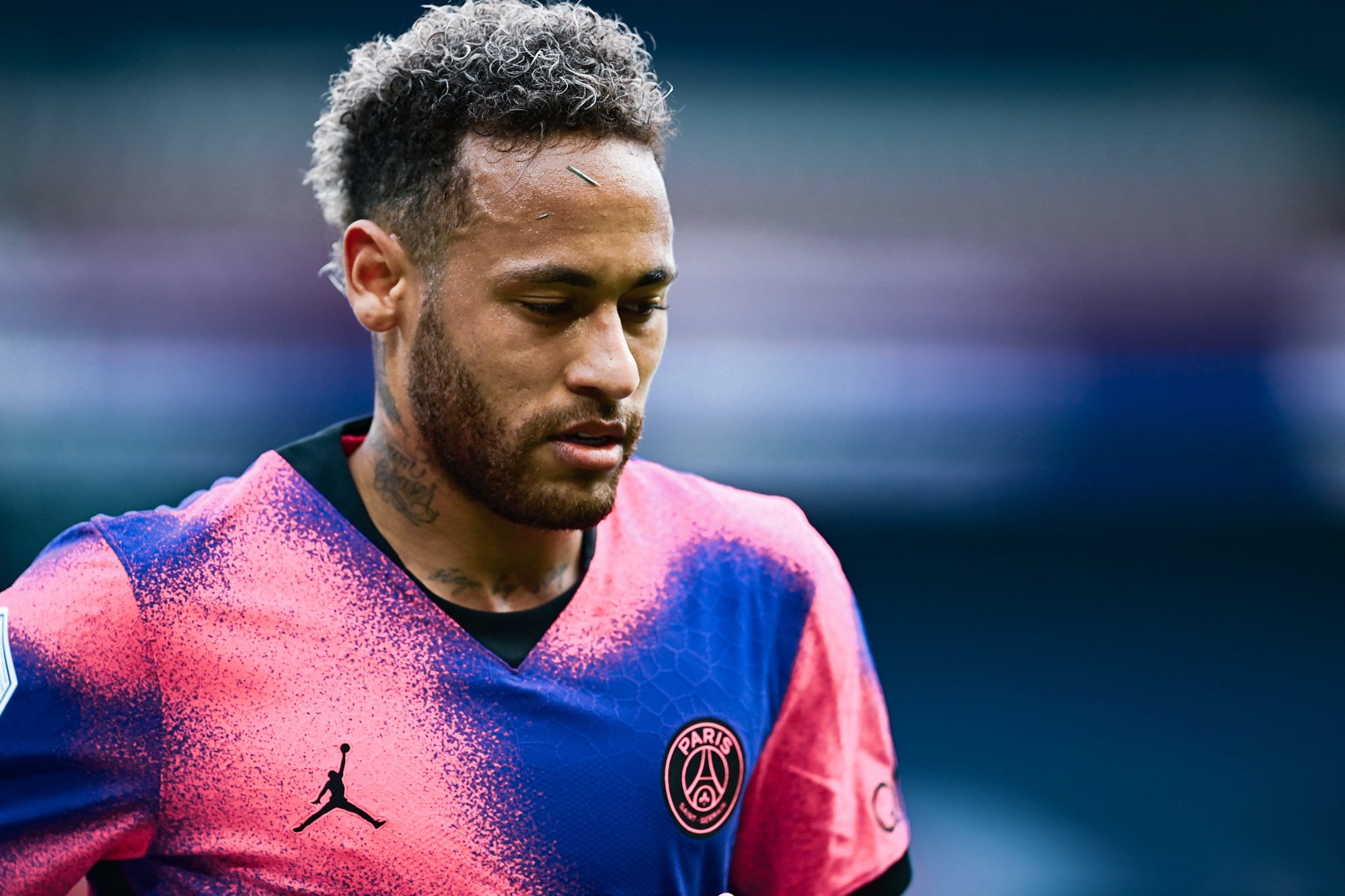 With the summer transfer window swiftly approaching, the talking point predictably looms over a player that Barcelona no longer harbours in Neymar. Since his departure, he has continued to remain as the centre of every debate, with the fanbase split in two over whether they need him or not.

When a player leaves the club for an era-defining transfer fee of €222M, chances are that his return would never be spoken of. And that too when one considers the circumstances in which he left the club, the various legal discrepancies that came along with it, and the controversy surrounding them.

The ravages of former President Josep Maria Bartomeu’s reign have set the club several steps back. With several poorly taken sporting and non-sporting decisions, the Catalan outfit sees themselves in a precarious position financially, commercially, and most importantly, on the pitch.

Surprisingly, Neymar’s return remains debatable. Notwithstanding the moral side of the saga, there’s no doubt that Neymar is among the world’s most talented footballers. It goes without saying that a player of his quality would easily strengthen any team.

With Lionel Messi posing serious questions on his future, the club couldn’t be much further in disarray. On that note, let’s revert to the matter at hand and look at three reasons why Neymar will not solve Barça’s problems.

I. Investments in other departments

After taking a look at the La Liga standings and comparing how the Azulgranas have fared in the offensive and defensive departments, it’s easy to understand which areas of the squad need to be bolstered. Amongst the four suitors to the 2020/21 league title, Ronald Koeman’s men are the top scorers by a great margin, with 77 goals.

On the flip side, they have also conceded the most number of goals when compared to Real Madrid, Atletico Madrid, and Sevilla. Conceding 31 goals in 33 games highlights that, on average, the Blaugrana concede almost a goal per game.

Despite outscoring their opposition greatly on many occasions, there have been numerous games where the score was too tight for comfort, and on those instances, they’ve failed to pull through.

Another important area of the squad that needs reinforcement, is the striker position. On many an occasion, Barcelona’s lack of verticality has left them struggling to cope without the presence of a world-class number ‘9’. With a plethora of options in the market, Barcelona need to turn their finances towards solving these issues.

Borussia Dortmund striker Erling Haaland, among plenty of other talented strikers, has been on Barcelona’s radar for a while now. If the Catalans were to make a push for the Norwegian, he would not come cheap, but it would be money better spent than if the club were to facilitate Neymar’s return.

Barça’s recent defeat at the hands of Granada further highlights that in those games where the attack isn’t in a blistering mood, the defense fails to show up. Despite the introduction of La Masia products into an injury-rid backline, the level of defending has not been at the expected level.

The core to any trophy-winning side is first an immovable defense, which is further supported by an explosive attack. Right now, the Catalans already have all the pieces up top to establish themselves as a fearsome strikeforce. On the contrary, the same cannot be said about the backline.

We’ve seen the impact of acquiring excellent leaders at the back. Virgil van Dijk’s arrival at Liverpool spearheaded their pursuit towards glory, while this season, Ruben Dias has transformed Guardiola’s City into an immovable force. It’s still amusing how people who regularly watch Barcelona don’t realize that one of the first signings, when the window opens, must be a readymade centre-back.

Despite Óscar Mingueza being a revelation this season, earning himself a new contract till 2023, he is still too raw to be the focal point of the backline. With Gerard Piqué reaching the twilight of his career and Clément Lenglet being unpredictable as ever, the club needs to invest in a proven centre-back, aside from the imminent arrival of Eric Garcia, who is certainly talented but lacks the run-in of a world-class defender.

Furthermore, Sergiño Dest is the only player in the backline whose position is certainly cemented is worrisome. This is because it further stresses the pressing need to reinvigorate not only the centre-back pairing, but the board must also look for a left-back. Jordi Alba might have picked up his form lately, but that doesn’t mean that his decline has halted. And Junior Firpo is simply not at the level to be starting at the club.

With a pandemic-ridden transfer window approaching, one can see that the club must invest smartly. It’s amusing to even think about Neymar or what he’d bring to the club if he made an incredible return to the Camp Nou, simply because on the pitch, the problems lie at the back.

While there’s no denying that Neymar would easily take the attack to another level, it’s important to look at Barça’s current options up top. The attack is led by Messi, with Antoine Griezmann leading a support system and Ousmane Dembélé bringing an element of explosiveness to the counter-attacking transitions.

In addition to this, Koeman will be waiting for Ansu Fati’s return from injury, as the 18-year-old was flying at the start of the season. Right or not, the previous board did heavily invest in the attack, bringing in numerous players for hefty €100M + valuations.

One of the big-money signings, Philippe Coutinho, has unfortunately spent more time on the treatment table than the pitch this season. In fact, since his arrival, he has caused more damage to the club than benefit. Joan Laporta still has to decide on the player’s future. With Premier League side Everton interested in the Brazilian, there is no better chance to part ways with Coutinho and cut the losses right away.

Another player who must be spoken about is Griezmann. Despite having a challenging first season under two different managers, his performances under Koeman have been getting progressively better. Under the Dutchman, Griezmann has finally managed to find his place in the squad. In addition to the goals he has been scoring in important games, he provides an immeasurable amount of support for the defense.

By tracking back religiously and making well-timed challenges, he has done his best to ease the pressure off the backline on several occasions. With the Frenchman finally hitting it off at Barcelona, it makes very little sense to bring back Neymar, especially when you start to consider Dembélé’s rise as well.

Until this season, the 23-year-old’s future at Barça seemed to get bleaker with every passing day. After coming in as Neymar’s replacement, he was always injured, and the fans started to lose patience. But this season has been different. Dembélé has done his best to stay fit and has also pitched in some excellent performances in crucial games.

Most notably, his performance in the spectacular comeback versus Sevilla in the second leg of the Copa del Rey semi-finals has shown that he can step up when the club needs him to. While his end product still needs to be polished, there’s no denying that he has immense potential.

With the support system around Messi slowly starting to ease the weight off his shoulders, the most important thing for the board is to ensure that they keep their talisman. Despite the doom and gloom mood at the start of the season, the situation has gotten a lot better after the elections. Joan Laporta’s appointment as president has surely given the Argentine more impetus to reconsider his plans.

Furthermore, Messi wouldn’t want to miss out on leading an era of bright talents whose abilities are spread across the squad. His relationship with Dembélé, Fati, Pedri, Frenkie de Jong, and Dest both on and off the pitch has been fruitful. Should Messi choose to stay at Barça, he has a lot to look forward to, thanks to the number of talented youngsters breaking into the first team under Ronald Koeman.

Amidst this rise of promise from an attacking standpoint, it makes very little sense to bring back Neymar no matter how good he may be.

Neymar will be turning 30 next year. As much as anyone would like to deny it, PSG will not make his return to Spain an easy one. They would certainly try to ensure that the Catalans pay an amount close to the fee that they paid back in 2017. Financially, Barça are in a fair bit of turmoil.

The club’s debt has not only been growing astronomically, but the lack of gate receipts due to matches being played in closed doors has further dented their finances. Laporta not only has the challenge of ensuring that a more balanced squad is at Koeman’s disposal for next season but must also try to restore the club’s financial power.

Neymar’s arrival might give the club a commercial reboot, but that would still not be enough to steer them away from the economic predicament they find themselves in. And knowing the Brazilian superstar’s track record of injuries, it’s certain that he will be missing a portion of every season, which will not do anyone a favour.

It makes little sense to invest heavily in a player who will be turning 30 next year, while simultaneously having to sacrifice the budget to be spent on the defense or even a striker.

Quite clearly, the proposal to bring Neymar back is too risky with the chances of reward being slim. Even if he comes back and becomes an instant hit by bolstering the attack, it wouldn’t mean much if the defense remained incompetent. And at the moment, the board has to choose wisely over where they should put their money.

We’ve seen too many players bought at hefty prices only to fail at the club. The pandemic puts them in a more delicate position than ever.

Indeed, in contradiction, one can find reasons as to why Neymar’s return would be splendid for the club. However, at the moment nobody can deny that the ship has sailed and that the Brazilian is happy at PSG. The more pressing matter at hand is to ensure that he doesn’t lure Messi to Paris rather than the other way round.

Regardless of whether something happens this summer or not, the debates on Neymar coming back to the Camp Nou continue to be balanced with sections of the fanbase vouching for both sides.

But no matter which side of the debate one is on, the fact that the chance to bring Neymar back is over cannot be ignored. The problems in the squad are more defense-oriented than attack, and that there’s not enough margin for error for the current board to carry out such a risky operation.