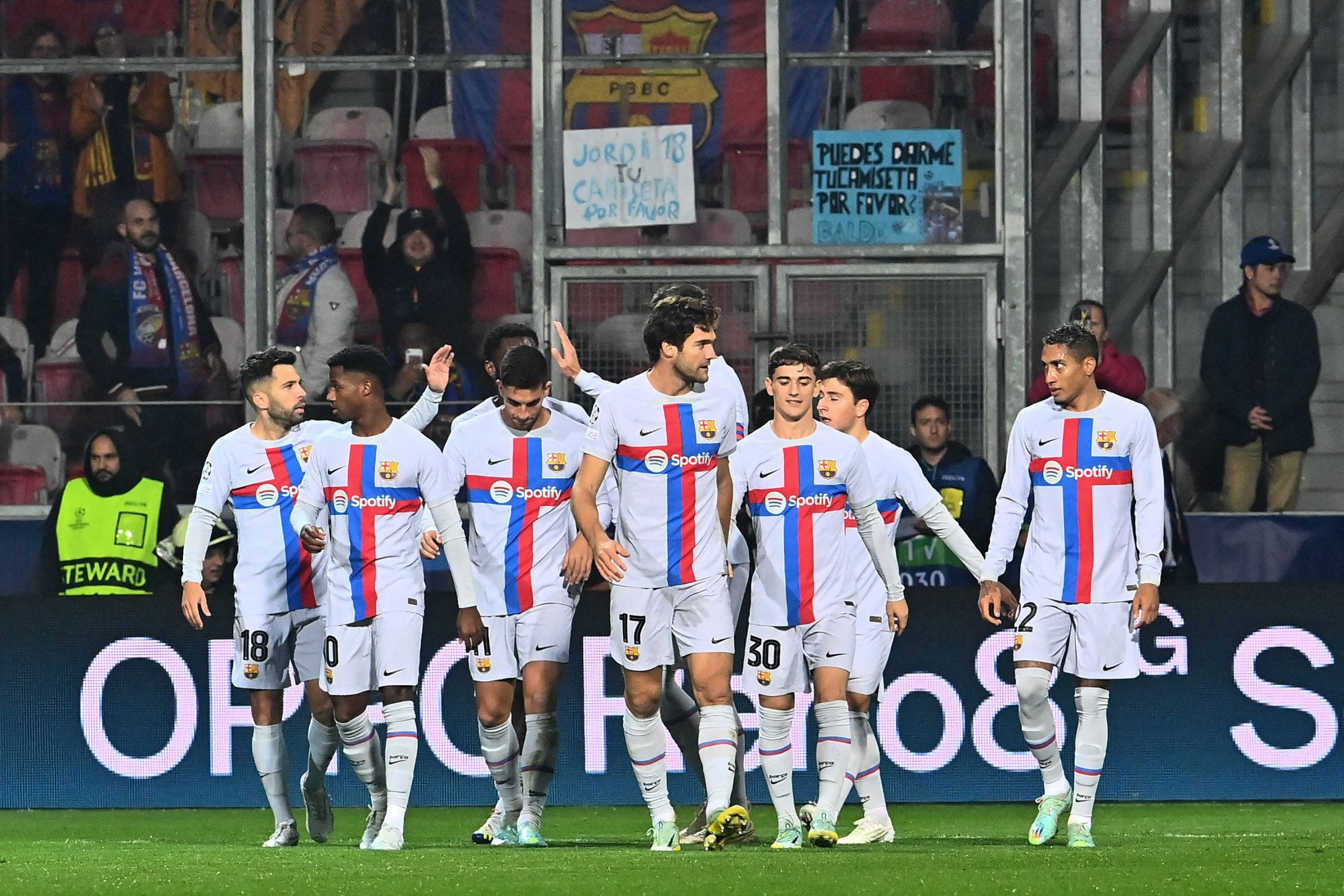 Barcelona’s game against Viktoria Plzen was nothing short of a goal-fest. Though both teams had nothing to fight for, they gave it their all and produced ninety minutes of enthralling football.

Marcos Alonso scored an early opener before Ferran Torres doubled the lead late in the first half. The hosts pulled one back through a Tomas Chory penalty but Torres was on point again to restore his team’s lead. The Plzen striker would pull one goal back but Pablo Torre’s late goal was enough to kill off the game.

The Catalans had several positives to take away from their last UCL game of the season. Barça Universal brings you three talking points from the Blaugranas’ win over Michal Bilek’s side.

Xavi Hernandez decided to rest Robert Lewandowski for the trip to the Czech Republic for the Pole has worked tirelessly for the Blaugranas all season. Unsurprisingly, all eyes were on the manager to see how he lines up his men in the absence of the striker.

In the end, it was the trio of Ferran Torres, Ansu Fati and Raphinha that got the nod in attack. Of the three, it was the former Manchester City player that impressed the most.

The Spaniard doubled Barcelona’s lead in the 44th minute with a wonderful half-volley slapping the ball beyond the reach of the hosts’ goalkeeper. While Jordi Alba deserves credit for the perfect cross, Torres’ finish was not easy by any means.

He once again got on the scoresheet in the 54th minute with a lovely goal. The youngster darted into the Plzen box with a good dribble before linking up with Raphinha for a one-two. Receiving the ball in front of the goal, he slammed it into the bottom-right corner.

Both his shots on target ended up in the net on the night. Further, he recorded two key passes, created one big chance and had one successful dribble on Tuesday.

Marc Andre ter Stegen has been phenomenal for Barcelona this term. He has ten clean sheets in 12 league appearances and his consistent performances have closed the door on Inaki Pena having any chance of getting a start.

Xavi finally gave the La Masia graduate a start on Tuesday and he did not disappoint. On a night when Viktoria Plzen troubled Barcelona’s defence for a significant part of the game, the youngster pulled off a series of saves to keep his team in the game and safeguard their lead.

Pena made six saves against the Czech Republic-based side, including three from inside the box. He also finished the game with a pass accuracy of close to 95% and one high claim.

Though he conceded two goals, one must remember that the first was a penalty. The second goal too came off a thunderous header and it would be unfair to blame Pena for the same.

3. Signing off on a high

Barcelona have struggled in the UEFA Champions League for years now. After going down in the away games of the knockout stages for years, the Catalans hit a new low last year when they failed to make it out of their group.

With a reinforced and rejuvenated squad, they were expected to progress deep into the European competition this time around. However, Xavi’s men stare at the Europa League once again after failing to make it out of their group for the second year in a row.

Barcelona’s UCL campaign was not worthy of qualification in any sense this year. They fell to two defeats to Bayern Munich and could not get the better of even Inter Milan over two games. Ultimately, it was their 1-0 defeat at San Siro that came back to bite them.

While their fate was decided well before kickoff at Plzen, there was a feeling that a win over Viktoria would do the team’s confidence a world of good. That was exactly what unfolded at Stadion Mesta Plzen.

The visitors found the back of the net four times despite fielding a fringe team. Moreover, several youngsters took the opportunity to make their mark, including Pablo Torre, Inaki Pena and Marc Casado.