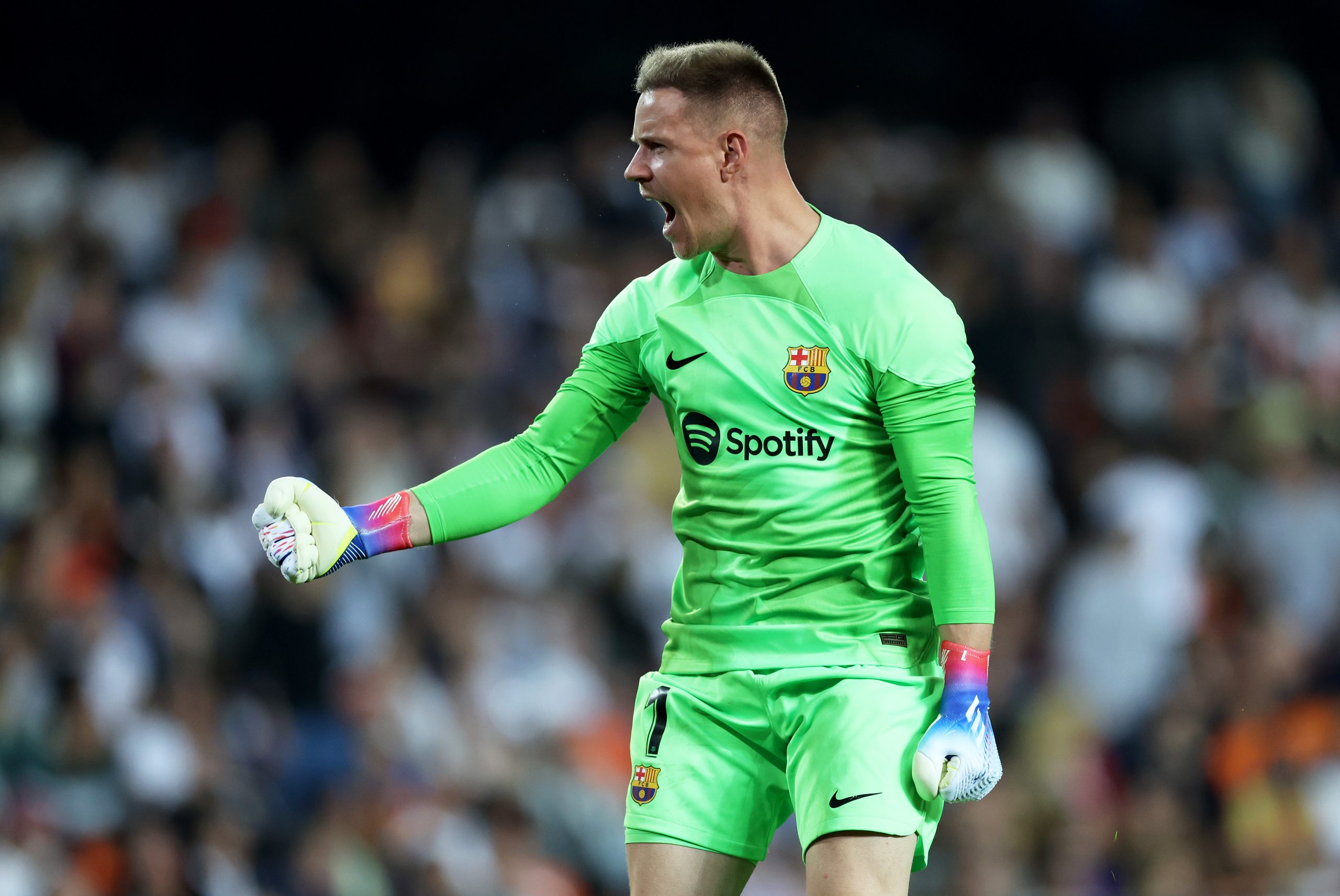 A last-gasp winner from Robert Lewandowski helped Barcelona provisionally return to the top of La Liga standings on Saturday night. The Blaugranas were coming off a heartbreaking defeat to Bayern Munich midweek but showed the world that their elimination from the UCL would in no way impair their domestic campaign.

Gennaro Gattuso’s side fought valiantly and will feel hard done for not getting the point after dishing out such a strong defensive show.

As their league campaign continues to get hectic, Xavi can breathe a sign of relief for a draw on the night would have further mounted the pressure on him.

Barça Universal brings you three talking points from the clash at Mestalla.

The clash at Mestalla was a game of two halves in every sense of the phrase. While the hosts never ran the game to their tunes, Barcelona’s dominance on the field constantly fluctuated.

The opening exchanges saw the two sides on parity, but as the first half grew on, Barcelona began asserting their superiority. Their dominance in the first half was unquestionable as they registered seven shots, including two blocked shots while Valencia managed a meagre two in 54 minutes.

Ansu Fati and Robert Lewandowski both had their chances to score in the opening period. While the former’s goal was called offside, the latter’s effort struck the woodwork.

The second half witnessed a resurgence from Gennaro Gattuso’s men. The hosts fought well to fend off the Blaugranas‘ threat and got back into the game with a couple of clear chances on the counter. By the hour mark, it was clear Barcelona had lost their edge and that the game had evened out again.

This trend of poor starts after the mid-game interval has become the norm at Barcelona. Needless to say, there is an urgent need for the manager to take a deeper dive into the issue and chart up solutions.

2. And then there was one

The arrivals of Andreas Christensen and Jules Kounde came amidst large rejoicing in Barcelona. It represented a long-pending change of guard in the club’s defence and meant with certainty that the time for veterans like Gerard Pique was up.

Three months into the season, Xavi remarkably finds himself in a situation where his former teammate is the only fit centre-back available. This is a big concern considering that the Blaugranes have three more league games in the next two weeks.

Ronald Araujo’s injury on international duty has him ruled out for several months while Christensen is still recuperating from his setback. The two remaining centre-halves, Jules Kounde and Eric Garcia both went down injured in last night’s game, leaving Pique as the only available and fit player in the department.

The Spanish international lunged into an awkward challenge to dispossess Kluivert in the first half and could not continue after suffering a blow. Meanwhile, Xavi said that Kounde’s case did not seem to be one of an injury, but only medical tests on Sunday will reveal the true extent of his setback.

If none of Barcelona’s three central defenders recovers in time for the midweek clash, Xavi will be forced to start Gerard Pique alongside Marcos Alonso – a combination that does not look appealing on paper.

3. Return of the dependencia?

For close to a decade, Lionel Messi carried Barcelona on his back and single-handedly took them to titles. While he was at the club, the Blaugranas never tasted competition in the Europa League and even made it deep into the UCL thanks to his genius.

Every time the team looked to be in jeopardy, the Argentine ace would produce a moment of magic to shift the tide back their way and save the day. Unsurprisingly, it was expected that Barcelona’s dependence on individual brilliance would reduce after Messi’s departure.

However, that does not seem to be the case. It now appears that the same burden on scoring goals has now fallen onto the shoulders of Robert Lewandowski and Pedri.

Every time the Catalans step onto the field, the teenage star delivers a masterclass in the middle of the park, creating chances and breaking opposition defences for fun. The goalscoring responsibility, in turn, falls to Lewy, who has already saved the team’s blushes on multiple occasions in just three months at the club.

For Barcelona to compete at the highest level, Xavi must build a team and not a group of players suited to serve a single star. While the situation is not yet at the extreme it was with Messi, a stitch in time would save nine.