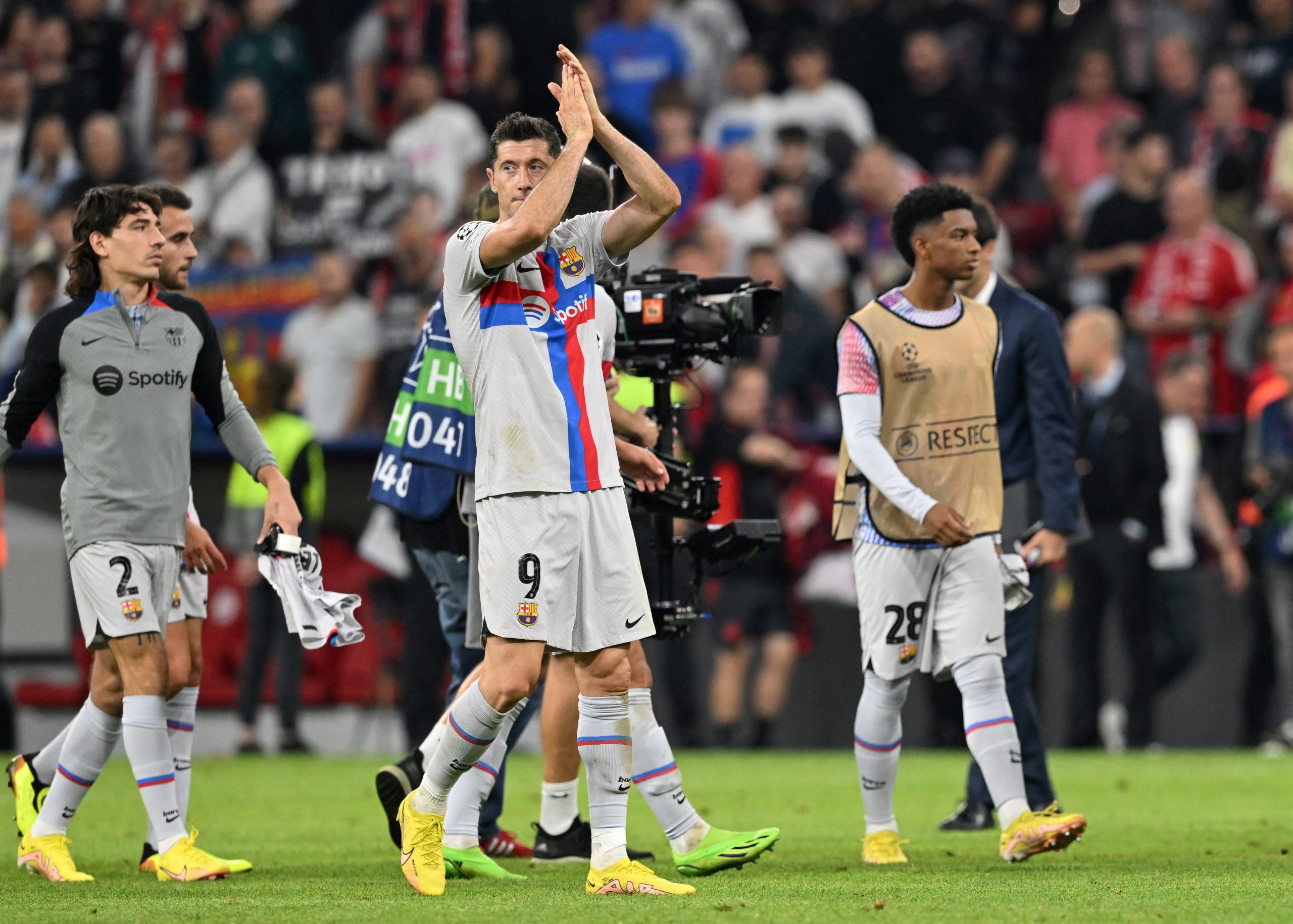 Bayern Munich marched to the top of the Group C standings of the Champions League with a 2-0 win over Barcelona on Tuesday night. However, the result does not tell the full story.

Julian Nagelsmann’s side were second-best for most of the night, yet managed to find a way to get all three points. Barcelona, on the other hand, faced heartbreak once again at the hands of the Bavarians and will have to wait longer for their revenge.

Lucas Hernandez and Leroy Sane were on point for the hosts on the night, with both goals coming within a space of four minutes early in the second half.

Barca Universal brings you three talking points from the Blaugrana’s defeat in Germany.

1. A first half of conviction

If one were to watch the first 45 minutes of the game in isolation, they would definitely put their money on Barcelona coming out as victors. In those three-quarters of an hour, the Catalans completely dominated the hosts and seemed to be the better team by quite some distance.

The Blaugrana recorded ten shots in the opening period as opposed to the Bavarians’ four. Of them, they saw five shots hit the target and three blocked. Xavi’s side also missed two big chances and were unlucky to not take the lead.

Pedri had the best chance of the first half within the opening ten minutes through a wonderful pass by Gavi. Receiving the ball in front of goal, he left Benjamin Pavard hanging before taking a shot at goal. However, Manuel Neuer’s otherworldly reflexes denied the teenager the goal.

Another player who will be particularly unhappy with his performance on the night is Robert Lewandowski. The Pole had several clear-cut chances to give his side the lead in the opening half but seemed surprisingly lost in front of goal.

The striker uncharacteristically missed close to four chances in the first 45 minutes. His best chances came in the 18th and 21st minute when Gavi and Marcos Alonso respectively fed him directly in front of the goal.

2. Crumbling under the nerves

While the Blaugrana walked into the dressing room as the better side after 45 minutes, the side that walked out was not quite the same.

Bayern Munich’s players came out for the second half full of conviction, belief and drive while Xavi’s men lacked all three. What made matters worse was their vulnerable mentality.

Going a goal down in football is nothing unheard of. It is a day-to-day event that every team in the world faces. However, it is the mentality after going down that separates a champion team from a mediocre side.

After Barcelona went 1-0 down from Lucas Hernandez’s header, they immediately seemed lost for answers. Their inability to instantly recover from the setback made them defensively vulnerable and caused them to concede a second goal in quick succession.

Had the Catalans continued to play as they did in the first half, they could have even overturned a 3-0 deficit. However, they just fell apart and did not create even a handful of chances in the second period.

The poor display from Ousmane Dembele and Lewandowski did not help Barcelona’s case either. The Frenchman kept losing the ball regularly on the night while the latter seemed hesitant in front of the goal and struggled to pull the trigger.

3. Not the end of the world

The defeat at Allianz Arena is gutting, to say the least, but it is far from being the end of the world. Barcelona still have a very good chance of finishing at the top of the group and it is in their hands.

Xavi’s side will host Bayern Munich at the Camp Nou in a few weeks and a dominant win at home will put them in the driver’s seat. All is not lost and it is up to the manager to instil that confidence in his players.

Barcelona do not have much to be distraught about, for they were the better side for most of the game. However, some retrospection is needed on their missed chances which cost them the game.

The team must respond to the setback with the right approach, for it is easy to feel overwhelmed after such a defeat. Needless to say, it will be up to the veterans and captains to ensure that the team take it in the right spirits and head into the next game with a single-minded focus.