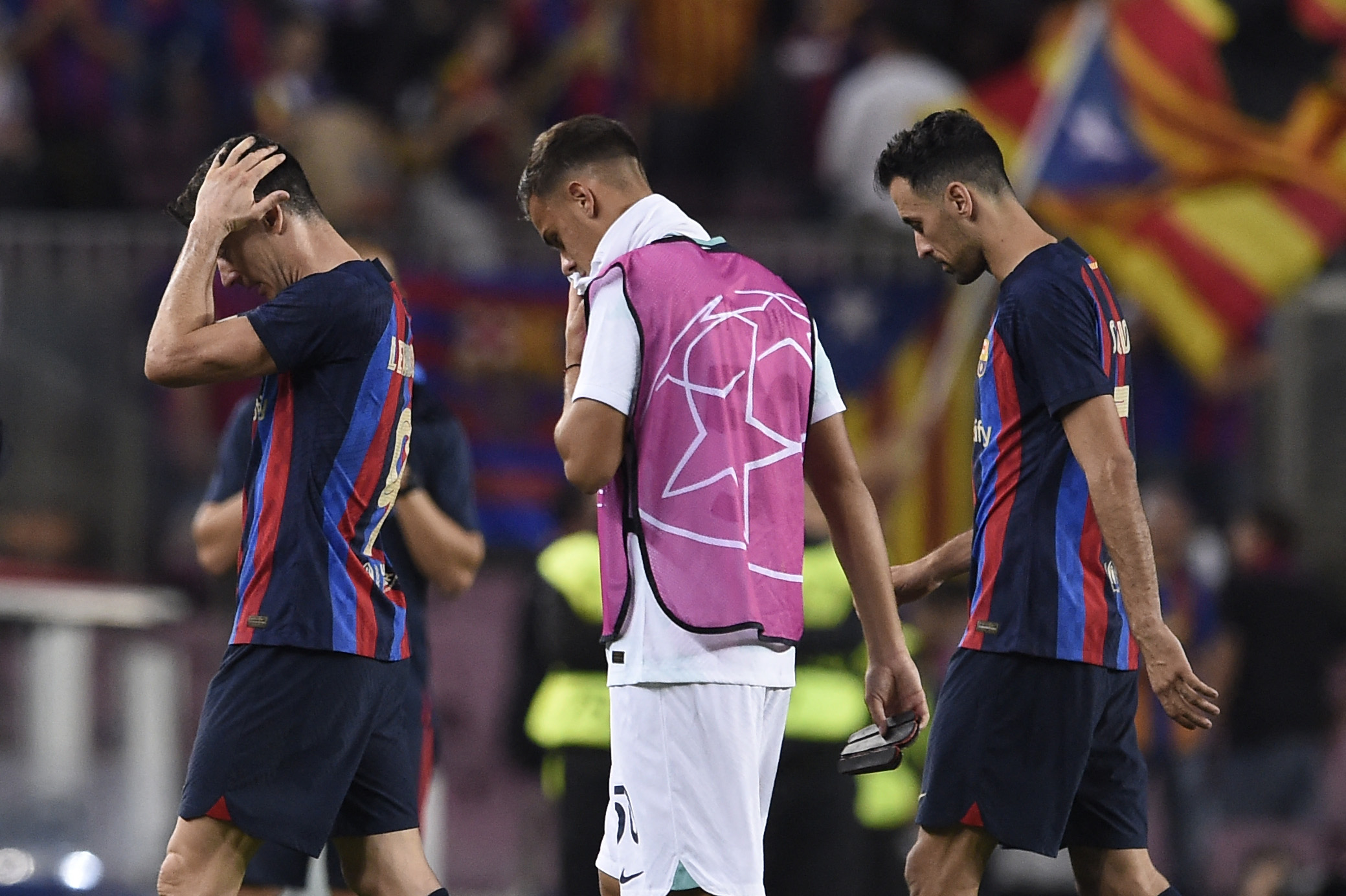 When Barcelona announced the signings of Robert Lewandowski, Raphinha, Jules Kounde and others in the summer, it seemed like they would be ending their problems in Europe.

Yet, the men in garnet-and-blue had heartbreak written in their stars yet again as they are close to crashing out of the UEFA Champions League at the group stage once again.

The 3-3 draw against Inter Milan may have been a classic to watch but the result was not what Barcelona needed. Robert Lewandowski’s two late goals brought hope but the poor defence at the other end made sure it all went in vain.

Despite having one of the best defensive contingents ahead of the season, it is amusing to see how Barcelona have returned to the same problem that plagued them for years. The Catalans went all out and recruited both Jules Kounde and Andreas Christensen in the summer transfer window to stack up their defensive resources.

But injuries left Xavi with only two senior centre-backs in what was the most decisive part of the season, and it is clear that the team are paying the price. Gerard Pique and Eric Garcia started on the night against Inter Milan, and neither had a performance to be proud of.

The hosts looked vulnerable defensively from the get-go and Inter soon realised that a couple of strong counter-attacks were all they needed to rattle Barcelona. Xavi’s side had the lead at half-time, but it was only for a lack of clinical finishing from the Italians.

Their equaliser came off a defensive howler from the hosts as Pique gave Barella the ball on a plate after misjudging his position. Not one Barça defender was even close to the Inter midfielder as he put the ball past Marc-Andre Ter Stegen.

As the game progressed deeper and Barcelona’s situation grew direr, the defensive line vanished into thin air. Indeed, the team was committing more men forward in the hope of finding a goal. Yet, there is no use in filling a bucket with a hole at the bottom.

2. Better in possession but not in chances

The story of the Blaugrana post the international break has been the polar opposite of how their season began. The game against Simone Inzaghi’s side was no different.

Before the international break, Xavi’s side just could not stop scoring. More importantly, they created chances out of thin air with ease and bamboozled opposition defences. However, their football has been painted in black and white since the return of club football.

The Catalans had 62% possession at Spotify Camp Nou but it was Inter Milan who finished the match with a high of five big chances. On the contrary, the hosts had just three.

Of their 25 shots and 11 on target, the Blaugrana had little to show as realistic chances. It was Inter who dominated not only the big chances but also the counter-attacks.

For such statistics to present themselves on a night when Barcelona had to produce their best football is simply unacceptable. Questions must be asked of Xavi, for he failed to get the better of the Italians despite losing to them just a week ago and knowing exactly what to expect on Wednesday night.

The draw against Inter Milan puts Barcelona virtually out of contention for a spot in the Champions League knockouts. The Catalans sit third in the group, three points behind second-placed Inter and have just two games to go.

Even if Xavi leads his side to two wins in the next two games, Inter Milan would just need a win over Viktoria Plzen to qualify as they have a better head-to-head score against Barcelona. Quite clearly, it was the game at San Siro that lost Barcelona their UCL chances.

So, unless for a drastic turnaround, for the second season in a row, the Azulgranas face group-stage elimination in Europe and will have to make do with the lower-tier Europa League in what is an absolute embarrassment.