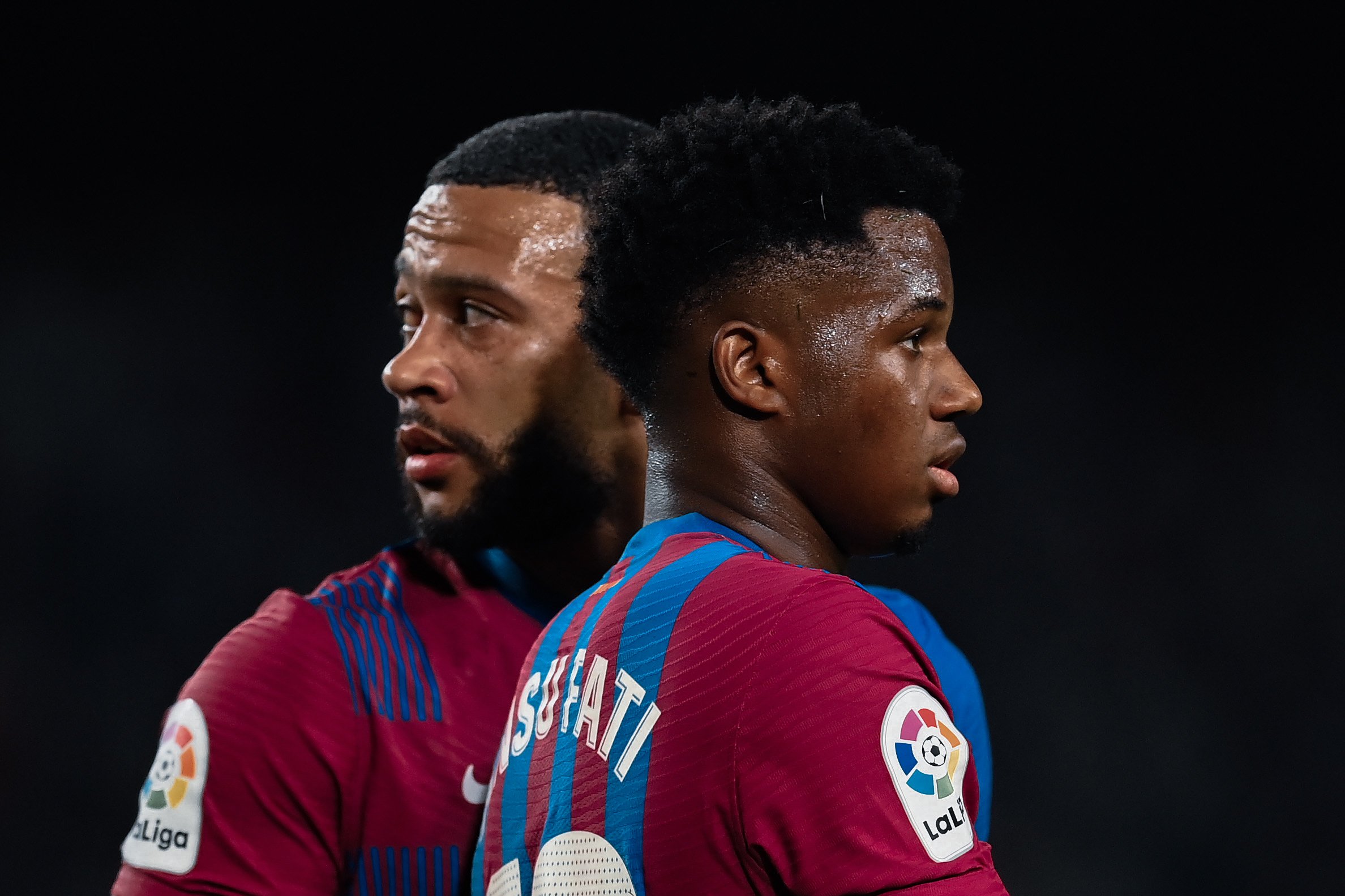 In desperate need of a morale-boosting win, Barcelona got just that. Goals from Ansu Fati, Memphis Depay, and Philippe Coutinho helped the Catalans see off Valencia 3-1 after an early screamer from Jose Gaya. It was a complete performance through and through, and there are plenty of positives to carry on against Dynamo Kyiv on Wednesday and Real Madrid on Sunday.

Looking back at the match, here are Barça Universal’s three lessons learned.

1. Ansu Fati is well and truly back

If there were fears about how Ansu Fati would return after this ten-month injury spell, let all that doubt be cast away. The 18-year old was on fire against Valencia and now has two goals after only 118 minutes played.

In the second minute, he finished off a quick counterattack with a shot on goal that went the wrong side of the near post. In the 13th minute, he cut inside from the left flank, had a quick one-two with Memphis, and scored a spectacular goal. Before halftime, he won a penalty that the Dutchman converted.

Throughout the match, his pace, movement, dribbling, and precise finishing caused mayhem for Valencia’s backline. He also combined well with Memphis on the night, and hopefully, that is a sign of further things to come.

2. Dest may have a new position

Coming off a hot international break where he scored his second international goal, Sergiño Dest was deployed at right-wing instead of his usual right-back. Dest’s exploits in the final third are well-documented, as he possesses all the qualities of a proper winger – dribbling, pace, an ability to stretch the pitch, and decent delivery into the box. Thus, it made sense to try him out in that position.

Against Valencia, he excelled in this new role. He completed four dribbles, created two chances, and assisted Philippe Coutinho for the third and final goal. Looking ahead, he could help subsidize Barça’s evident lack of numbers on the wing.

For yet another match, Yusuf Demir and Riqui Puig were nowhere to be found. The youngsters have combined now for only 266 minutes this campaign. Rather than wanting to see them for the sake of it, culés have clamoured for their inclusions for well-founded reasons. Demir provides dynamism and width out wide for a team that desperately needs it.

Alternatively, Puig is perfect for an opponent like Valencia. Against low-blocks, Puig’s creativity and risk-taking can help unlock stubborn defences, not to mention there is also less (consistent) pressure defensively.

Moving forward, their incorporation into the squad will not only help their development but likely positively impact results.