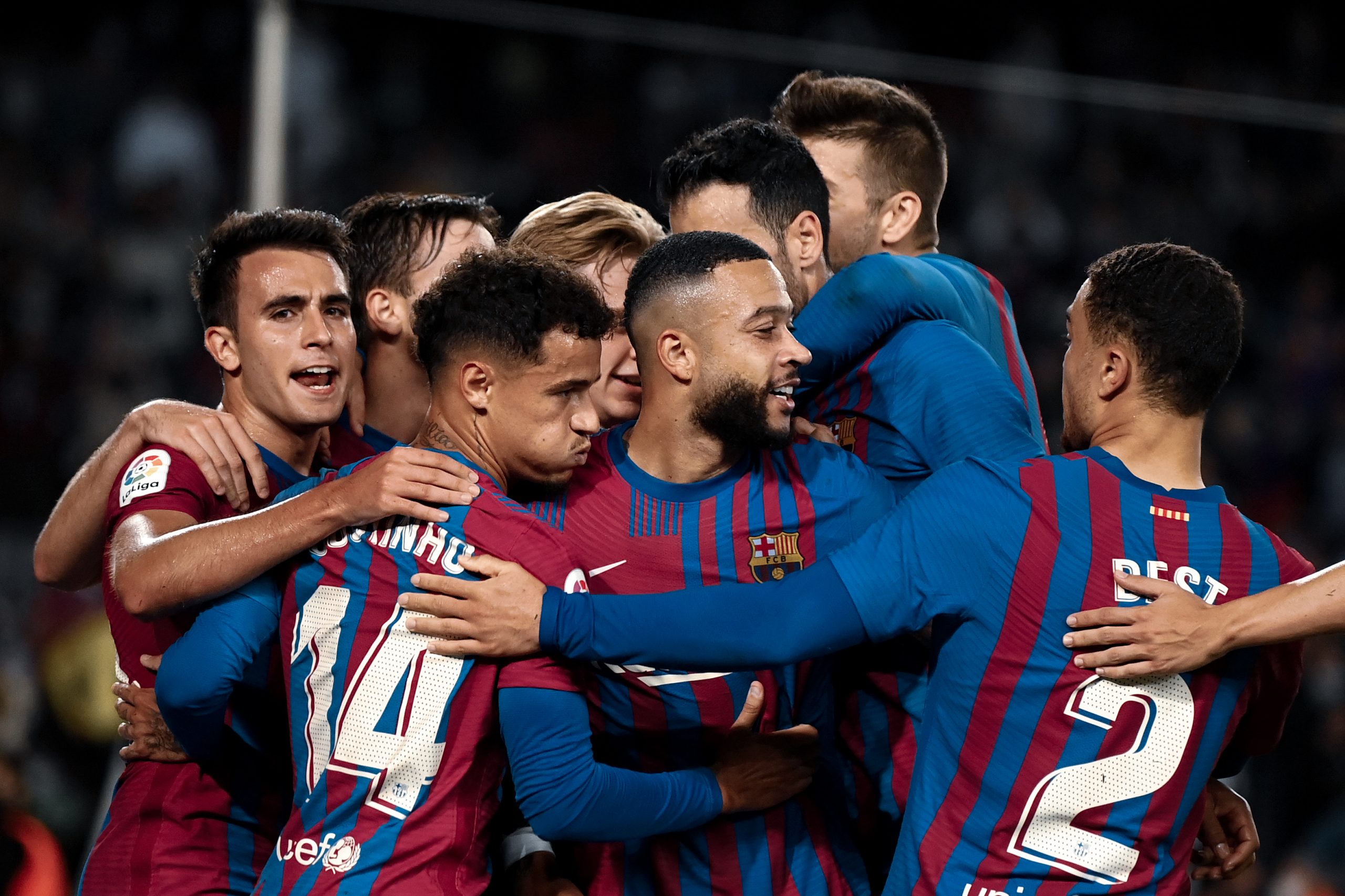 International breaks do not treat Barcelona all too well generally. In the past, they have broken the team’s momentum and thrown them off course several times. The October break seems to have done that, too, but given Barça’s horrific form pre-break, it served them as a blessing.

Hosting Valencia at the Camp Nou, Barcelona were able to take away all three points from the game with a 3-1 win. Ansu Fati’s goal was the cherry on the cake as they leapfrogged to 7th in the table, just a point shy of the European spots.

Barça Universal runs the rule over their win at home, with eyes now set at the UEFA Champions League against Dynamo Kyiv.

Ter Stegen was awarded the man of the match for his exploits yesternight, but he was far from the best player on the pitch. The German made two close-range saves and could not have done much for Jose Gaya’s wonder strike. Remained untroubled for most of the game.

Despite facing Gonaco Guedes on the wing, Roberto was not dribbled past once all night. He made three tackles and completed 94% of his passes, but once again, contributed little to nothing offensively.

Valencia looked quite clueless on the break last night and did often played directly into Pique’s path. The Spaniard was able to clear their attacks with ease and made a crucial block in the six-yard box.

Garcia had a far from perfect game defensively, winning none of his aerial or ground duels. He was also dribbled past once and failed to block a cross from Duro that could have very easily been a goal.

Unsurprisingly, Alba faced trouble dealing with the Valencia counter-attacks, but often recovered well. He was dribbled past twice and often lost Foulquier on the wing. But he made three brilliant tackles and gave no chance to Soler on the wing.

Most importantly, though, Alba was a crucial part of the buildup and the most involved player on the pitch with 109 touches and 71 successful passes. He combined brilliantly with Fati and Gavi, overloading the left flank.

De Jong complained about being judged like a striker a few days ago, and yesterday was a perfect example of why. The Dutchman got a chance from an acute angle, created by Philippe Coutinho, but one should not expect a central midfielder who finish that.

That said, the former Ajax man was a persistent presence in the midfield and constantly attempted difficult passes to break the opposition defence. He did not create a single chance but broke through with the ball on several occasions, completing 100% (4/4) of his dribbles.

Excellent with the ball, Busquets enjoyed a solid game against a menacing team. He completed 4/5 of his long balls and did not give in to the brilliant pressing of Daniel Wass and Carles Soler. A true captain’s performance.

17-year-old Gavi has taken Spanish football by storm, but yesterday was not his night. He tried to make several runs behind the Valencia defence but was ruled offside twice. After three fouls and being dribbled past twice, he was subbed off for Nico Gonzalez at the 70th minute.

Starting on the right-wing, Dest had a flawless outing, capped with an assist. The American took to an unfamiliar role with ease, completing 4/5 dribbles, two chances created, and a 94% passing accuracy. A stellar game that can only give hope to the fans.

Inarguably the best player on the night, Memphis feels at ease in any position he plays and knows how to lead an attack. He combined brilliantly with Ansu Fati in the opening minutes to find an equaliser and added to his assist with a pitch-perfect penalty.

Not to forget, the Dutchman created two chances, completed 6/8 of his dribbles, and 100% of his long balls. A promise of what is to come.

Fati has announced his return from injury in style, scoring two goals in less than 120 minutes of football. He was on target yesternight, finding the equaliser in sensational fashion just eight minutes after conceding. The Spaniard also won the penalty that helped take Barça ahead and was eventually subbed off after an hour.

Coutinho came on for Ansu at the 60th minute and was able to find the net after 25 minutes. He also created a chance for Frenkie de Jong, which was not converted. A display which can only help his confidence.

Despite coming on when Valencia were threatening, Mingueza did not have an awful lot to do. He dealt with trouble well, holding his position, and was quick to break whenever Barça had the ball.

Nico came on for his La Masia teammate Gavi at around the 70th-minute mark. He was able to retain the ball well, and completed 9/9 of his passes, and made an important tackle on Wass late in the game.

Came on very late for his debut, did not have anything to do.