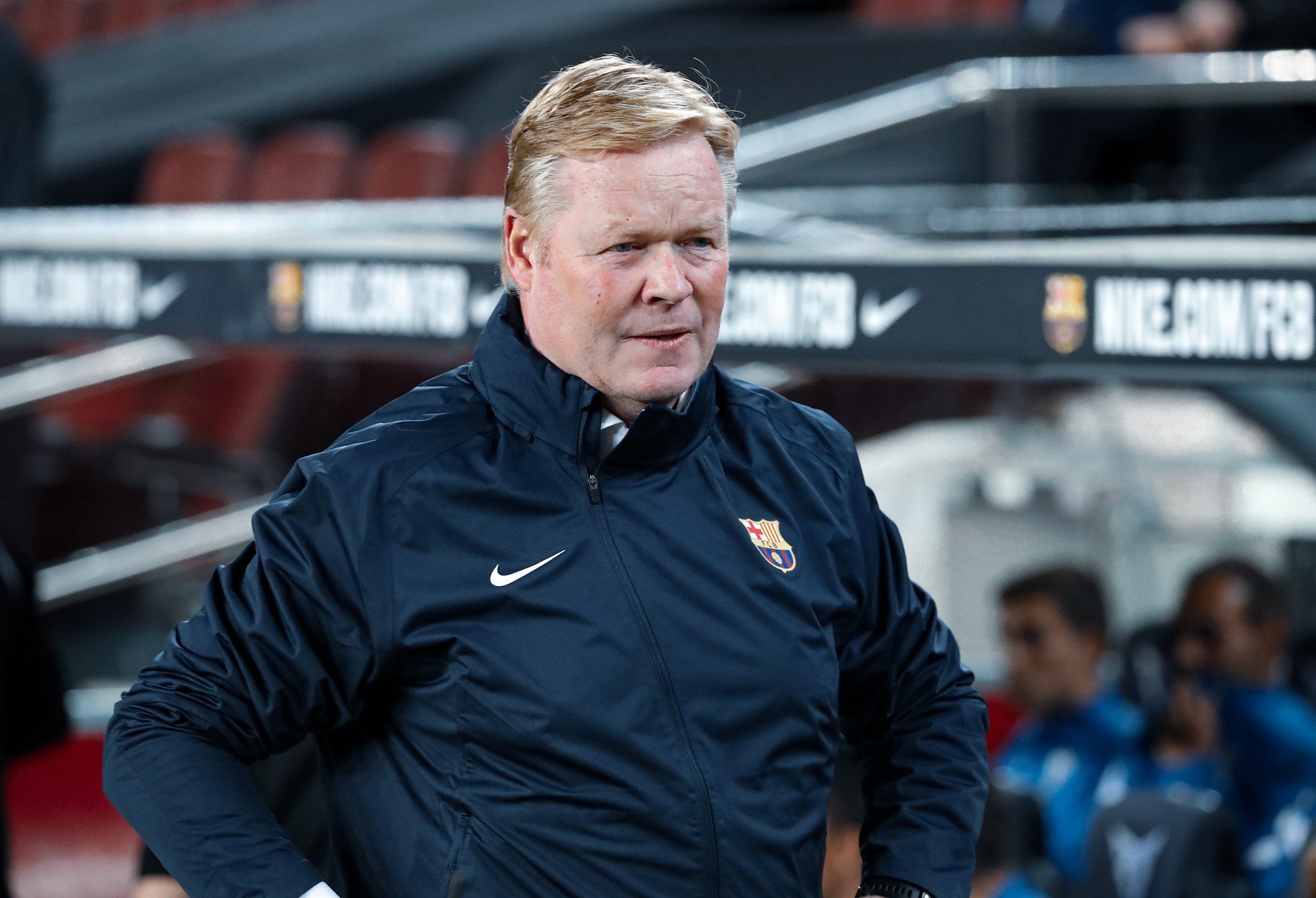 Just like how money can buy luxuries, goodwill can buy help, and patience can buy success, the football world has its own unspoken rule: hope can buy time.

When all hope at Barcelona seemed lost, the streets dusty and dark and the life had been sucked out of a once electric stadium, Ronald Koeman arrived and provided the one thing every Cule craved — hope.

To a drowning person, every hand that offers aid appears to be a god-send, be it one that will pull him further into the water or one to lift him. At that juncture, every ray seems to be golden.

When Koeman arrived at Barcelona, he fed the fans with every word they wanted to hear. From promises of boosting the mental morale of the squad to claims of fighting hard on every front, the Dutchman enchanted the crowd with his manifesto. Almost immediately, he was portrayed as a Messiah who left everything behind to save his home club.

It is impossible to comment on Koeman’s love for the club; that is a value that is indeed immeasurable. However, when one looks back at the man that took over the reins of the club over a year ago, a rethink is forced.

In terms of attitude, freshness, positivity, open-mindedness, and patience, Koeman’s methods have fallen from dreams to desperation. As the Dutchman nears a possible departure from Barcelona, here are three problems that he has failed to solve in his tenure.

1. Lowering the morale and creating a toxic environment

If Barcelona has made a name for themselves over the past five years, it is their mental fragility as a team. The team that once dominated football and walked into any game with the result in their palm began to crumble years ago under Ernesto Valverde. Year after year, the inferiority feeling when compared to Europe’s elite deepened the void in the side.

Barcelona hit rock bottom at Anfield when they threw away a three-goal advantage in ninety minutes. However, it is not just the European games that reflected their poor resilience.

On countless occasions in the League, Barcelona began to panic. As the defence got more porous with every passing day, the Catalans began to leak in more goals and faced early setbacks. However, unlike before, they could no longer recover from the early pitfall.

What began as the occasional poor show gradually developed into a routine of squandered leads and late losses. The team lost its mental strength, and the panic was soon visible in every game.

Koeman arrived at Barcelona with the promise of boosting the team psychologically. He said they would hire the best assistance and expertise required to push the team back into its competitive spirit.

Yet, the team has failed miserably under his regime in that respect. His reign at Barcelona began with the worst start to the league in the last 30 years. In the big games, the team crumbles to specks of dust as seen in performances against Juventus, Paris Saint Germain and Bayern Munich.

More recently, Koeman has come out in back-to-back press conferences to say that the team is not good enough to compete at the highest level. His repeated comments downplaying the players and labelling them as incapable adds salt to the wounds as he continues to dig his own grave.

His relationship with the fans is as sour as could be, and it is not wrong to say that he has brought it upon himself. His agenda’s against fan favourites, horrendous quotes in the press and mindless antics tactically have not made him a desirable face in Barcelona.

Fans aside, his popularity in the dressing room does not seem to be great too. The hallmark of a great manager is the ability to soak up the blame and keep players motivated.

However, Koeman has repeatedly scapegoated players for his shortcomings and blamed the squad while trying to protect his image. This has ultimately resulted in the toxic relationship between the player, the manager, and the board that we see today.

2. The inability to sort the defence

The Catalan defence has been in the fall since the departure of Carles Puyol. In the hunt for the right replacement, the club has spent millions of Euros only to find none.

Samuel Umtiti and Clement Lenglet showed promise at their peaks. However, neither lasted long at the highest level and the fall that followed was a difficult pill to swallow.

The ageing Gerard Pique has held the Blaugrana defence for over a decade but is now caving into the natural process of ageing. With the average age of forwards he faces on the constant shift towards a newer generation, the Spaniard does not have it in his legs to keep up for the ninety minutes.

Under the Dutch manager, there has been no tactical adjustment that helped the situation. Koeman has gone out to try various combinations including three-man backlines. However, all have been in vain.

In the 2020-21 season of La Liga alone, Barcelona conceded 38 goals in as many matches with an average of a goal conceded every game. This figure far exceeds their direct rivals in Real Madrid (28) and Atletico Madrid (25). Moreover, only Real Betis (50) conceded more goals than Koeman’s side in the top six last season.

What is more concerning is a large number of late equalizers and late winners conceded amongst this number. The best example is the Spanish Super Cup final when Barcelona conceded two goals in extra time to lose the final.

3. The lack of identity

Experimenting is a natural part of any manager’s plans at a club. It not only helps understand the capabilities of the squad but also enables the coach to morph his identity onto the team in the best possible and least compromising way.

However, Koeman has failed miserably in this aspect. During his early days on the sidelines, he was extremely rigid with his ideas and reluctant to change. And while he gradually did open up to novel outlooks, his lack of flexibility remained.

One cannot forget the 4-2-3-1 formation that he relentlessly chased for months before concluding the fairly obvious point that it was not working. Whenever Koeman has implemented an idea, he has taken far too long to realise its shortcomings or the modifications required.

His methods of countering the setbacks further sucked out the identity from an already unrecognisable system. When in need of a goal, he has mindlessly resorted to throwing all available attacking options on the field, an approach that does not even work on simulations.

In 18 months, the club has lost its identity and while the Duchman earlier had Lionel Messi to bail him out despite his laughable tactics, he is facing the music this season.