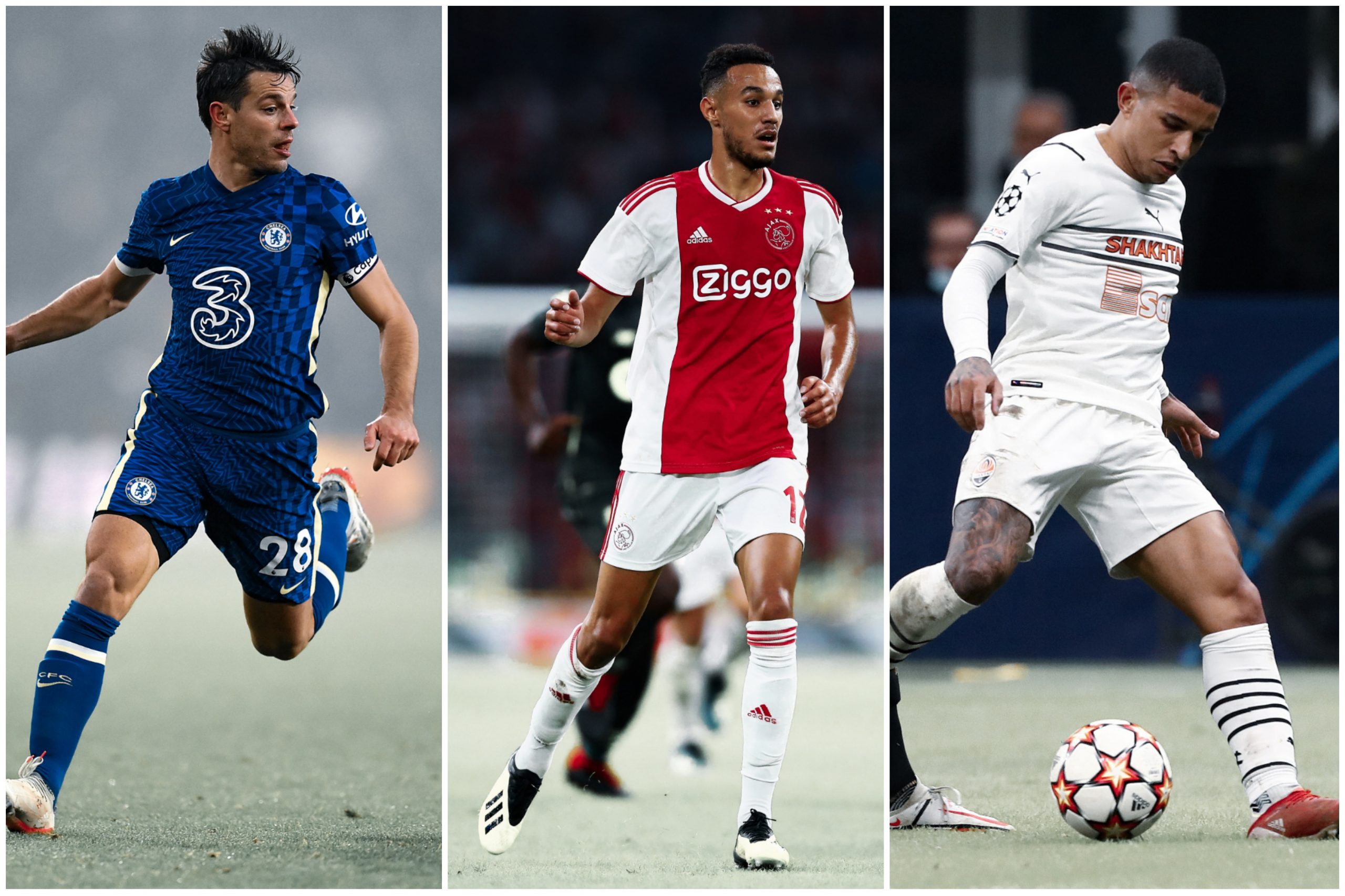 Barcelona are amid a thorough rebuild, with changes and adjustments being made all around in their bid for a return to glory. Inevitably, many decisions will have to be unorthodox and unpopular if that ambition is to be fulfilled. Staff and players will come and go, with those comprising the core of the operation being the sole ‘untouchables’.

While no one is safe in this whirligig, it is essential to keep hold of some individuals. To specify, these are players that elevate the team’s quality without being deterrents to the reconstruction. Nevertheless, it seems that the Blaugrana are set to lose one such player in the forthcoming summer.

Sergi Roberto, a graduate of la Masia and a first-team member since 2013, is within a whisker of departure. With his contract due to expire in June 2022, a conflict of interest has perpetuated negotiations over an extension.

Dani Alves’ brief homecoming will draw to its close at the exact same time, meaning that the Catalans could be left with Sergino Dest as the lone right-back in the squad — if he is not sold as well.

No matter how disappointing his recent outings may have been, there is no denying that the number 20 still has a role to play. His profile is a polar opposite compared to Dest’s, handing the manager sufficient room to manoeuvre with his options. With his departure seemingly imminent, Barça are in peril of losing all their variety of choice.

Normally, the Garnet and Blue would resort to their youth ranks in this case. However, the right-back spot has been la Masia‘s Achilles heel in recent years. Ever since the club released Mateu Morey and Dani Morer, no player has come remotely close to first-team football. Guillem Jaime and Sergi Rosanas, currently with the subsidiary, simply do not dispose of such quality.

Therefore, it would be wise for the Catalans to venture onto the transfer market in search of reinforcement. Given the club’s dreadful financial state, sheer quality is not the only factor to be taken into account; each contender’s price tag and wage demands carry more weight than ever before.

A carte blanche in choice

First and foremost, it would make sense to identify the profile Barcelona will be looking for. Here, things get quite fascinating. While the goal is to replace Sergi Roberto, the club will not necessarily have to seek players akin to the 29-year-old in playing style.

What is a prerequisite, though, is to sign a player tactically unalike Sergino Dest. Following Roberto’s departure, Barça will have to re-establish the diversity of in-game options he offers. This can only be achieved by recruiting a player with a different skill set to the young American.

There are also some qualitative demands making a fullback suited for the Blaugrana‘s renowned playing identity. Positional soundness in all phases of play, spatial detection and off-the-ball contribution are just a few of those.

As previously mentioned, financial constraints persist as a stumbling block, dramatically narrowing down the club’s options. In the given case, however, the Catalans are fortunate enough to have some affordable candidates on their wishlist.

With all factors in mind, here are Barça Universal’s top picks to replace the most certainly departing Sergi Roberto.

More than a bargain. Cesar Azpilicueta has relished a wild ride throughout his decade-long adventure at Chelsea. From an unpolished diamond, the Basque defender has gone on to become a fan favourite and the Blues’ captain. Yet all good things come to an end, and his inspiring stint is edging closer to the chequered flag.

With his contract expiring in June, Barcelona should be among the teams on red alert. Azpilicueta is quite simply one of the best candidates for the right-back spot and would instantly elevate the Catalans’ level.

In possession, Azpilicueta is an invaluable asset. Making full use of his experience, he steers clear of any opponent thanks to his splendid ball control and remarkable clarity of thought.

The latter again helps him deal with enclosure and collective press, making the 32-year-old a reliable figure in the build-up. His passes and crosses are superbly accurate, too, always placing his teammates on the front foot.

Off the ball, the Chelsea captain’s faultless positioning is a sign of in-game mastery. He always makes himself available, consistently in a favourable zone and with correct body orientation. This additionally prevents many counter-attacks, with Azpilicueta’s placement permitting him to intervene instantly.

Defensively, the 32-year-old excels once more. Positioning himself in a perfect manner, Azpilicueta anticipates the opponent’s moves and spots the right moment to step out, never letting the ball slide out of his firm grasp. With eyes on the back of his head, he masterfully eliminates his opponents from the action, intercepting each and every ball without fail.

The prospect of signing a player of such expertise all for free is, needless to say, very appealing. It evidently comes down to Azpi’s desire, as a player of his calibre is never short of options. Still, there are few better alternatives on the market, and Barça would be blessed to secure his services.

The hot property of European football. A player whose long-term injury enabled Sergino Dest to burst onto the scene in 19/20, Noussair Mazraoui, has finally recovered his finest form.

The Moroccan has since established himself as one of the best fullbacks across the globe, hence the interest all around. Frustrated, perhaps unjustly, by Dest’s struggles, Barcelona are back in the hunt for another promising Ajax fullback.

With a much more multi-layered profile compared to the young American, Mazraoui looks like a seamless fit for the garnet and blue. And, just like Azpilicueta, his deal with de Godenzonen is due to expire in June, meaning the 24-year-old is an attainable target.

With the ball at his feet, Mazraoui is a menace of the highest order. His deft control never fails to put his marker at a disadvantage; a slick touch and rapid change of pace make the number 12 impossible to contain on the move.

Being a risk-taker by nature, his passing lives up to his audacity: the Moroccan is capable of threading the needle between the lines or in behind. As if that was not enough, he is endowed with exquisite crossing prowess.

Even when not involved directly, Noussair Mazraoui makes an impact. In the early build-up, he fills in any gap left unoccupied – it is thus not unusual to see the 24-year-old in midfield. In the final third, Erik ten Hag’s protege truly shines. Mazraoui masterfully unlocks pockets of space in central zones, where he feels in his element, to generate space for both himself and his teammates.

While he does have the occasional slip-up, the Moroccan still has a satisfactory defensive output. Despite being quite aggressive in his duelling, he rarely crosses the line. Composure, anticipation and body placement are three of his most standout traits, coupled with blistering acceleration coming to the rescue in case of a misjudgement on his part.

Noussair Mazraoui will be available for free come the summer, and it seems Barcelona are in the driver’s seat for his signature. That said, there will be a plethora of suitors, and beating all of them might be a tall order, given the club’s recent misfortunes. Yet it is certainly worth a shot, as a player of the Ajax man’s quality would immediately bolster Barcelona’s options.

Shakhtar Donetsk’s hidden game-breaker. Having impressed in his first few seasons with the Miners, the promising Brazilian’s role has been redefined with the advent of Roberto de Zerbi.

With just half a season of adaptation, he has already left his mark as one of the best fullbacks this season. Claiming that he is ready for a quantum leap would be far from an exaggeration. In that case, why not Barça?

Dodo disposes of a rather unorthodox profile, but that should be anything but a deterrent. His unique skillset only raises the appeal of his candidature even further, as it forges a rare blend that would be a blessing for Barcelona. Unlike the previous two options, his contract only expires in 2025, yet his current value is not high enough to rule out the possibility.

In the Brazilian, de Zerbi has identified the perfect all-around fullback. In the build-up, Dodo operates deep and centrally, offering an additional escape under pressure. This means he will often have to wriggle his way through the toughest of situations. His brilliant technique and awareness allow him to do so on a consistent basis, beating his mark or penetrating the opposing defence with unerring passing.

Dodo’s influence extends to sequences when the ball is not at his feet, too. From a low and central starting position, he always makes himself available, with constant movement to optimize his partner’s passing angle.

The 23-year-old is a significant menace on the underlap, with his stunning burst of pace and clever positioning making his scarce offensive adventures extremely perilous.

In his defensive duties, the Coritiba academy graduate particularly stands out in his pressing efficiency, with a staggering 38.7% success rate. His awareness and positioning are quite praiseworthy, even though he can sometimes lose his mark.

And even when Dodo does misjudge a situation, his pace permits him to retrieve quickly. And, without a doubt, defensive blunders will diminish in number as he evolves.

He might not be the most popular option at the moment, yet his ceiling is among the highest. A master in his domain, Dodo is bound to turn into a world-beater under the correct management.

This season has provided a glimpse into his potential, and there are many more qualities to unearth in his game. Shakhtar Donetsk are notorious for their exorbitant transfer demands, but those should not exceed the €30-35 million bar in this case.