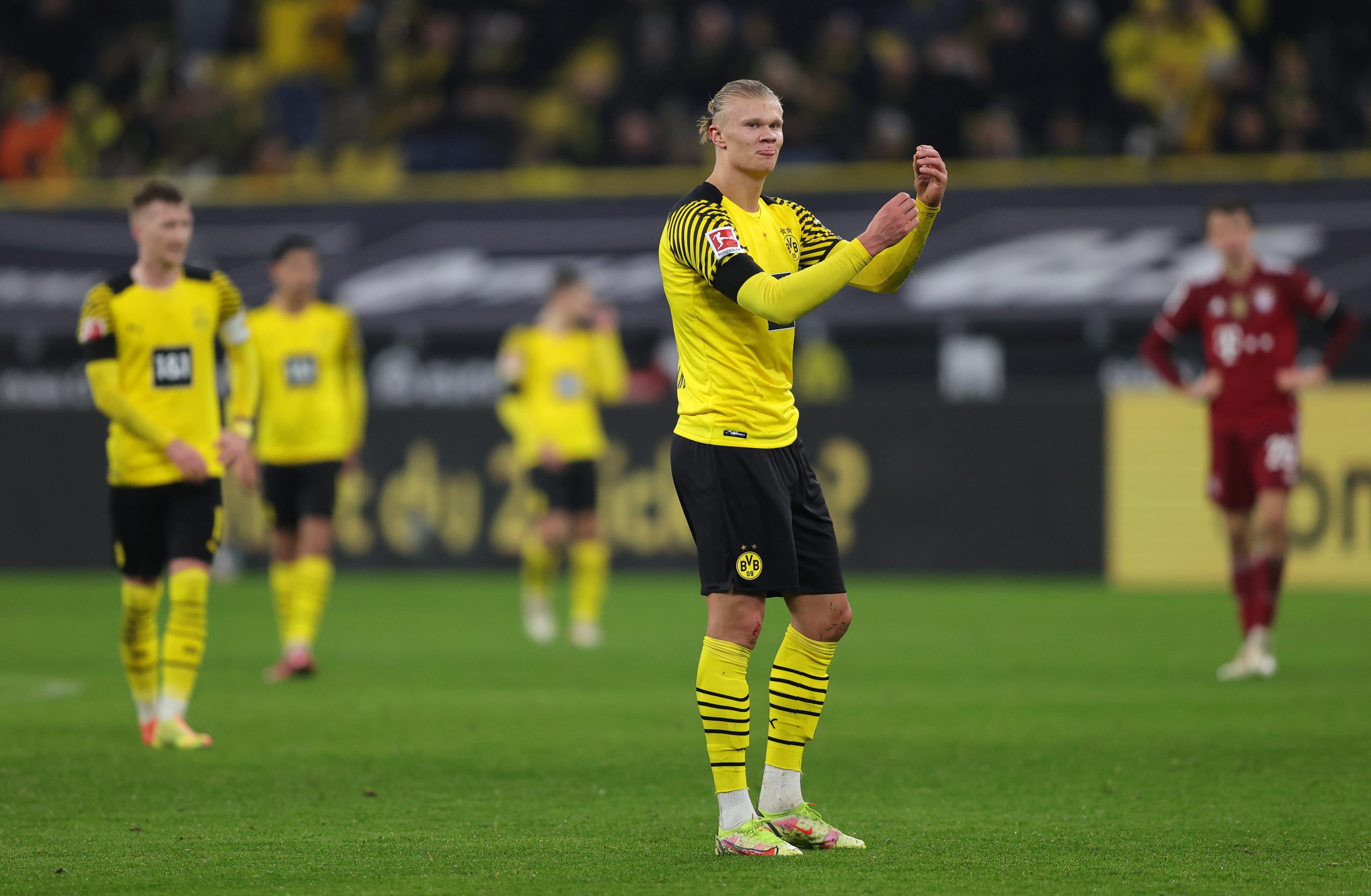 Erling Haaland is the name on every top club’s shopping list for the summer of 2022.

Widely regarded as one of the most lethal strikers in the game currently, the 21-year-old has taken his game up to a whole new level since joining Borussia Dortmund from RB Salzburg in January last year.

In close to two years at Signal Iduna Park, Haaland has amassed a tally of 74 goals and 19 assists from just 72 matches. In the process, he has also won the DFB-Pokal with the Black and Yellows.

The likes of Manchester City, PSG, Real Madrid, Chelsea, among others have all been mentioned as suitors for the Norwegian international. In addition, Barcelona too have been credited with an interest in Haaland, even though their financial situation makes signing the striker pretty much impossible.

Now, Oriol Domenech (via TV3) has provided an insight into the financial package that would be required to sign Haaland from Dortmund next year.

The striker is believed to have a release clause worth €75 million, but the journalist claims that the entire cost of operation for any club to land his signing would be somewhere around a massive €140 million.

It is believed that Haaland would be commanding a humungous net salary of €30 million per season, while there will also be agent commissions involved, thanks to Mino Raiola. The update from Oriol Domenech does mention that Real Madrid will make a push for Haaland’s signing, and pair him with another superstar addition in the form of Kylian Mbappe.

However, given the huge investment that would be required, one can rule Barcelona out of contention for the BVB superstar’s transfer in the summer, unless something changes drastically between now and the end of the season. The Catalans will have to look at more affordable options, like River Plate’s Julian Alvarez, who could be primed for a January move to Camp Nou.