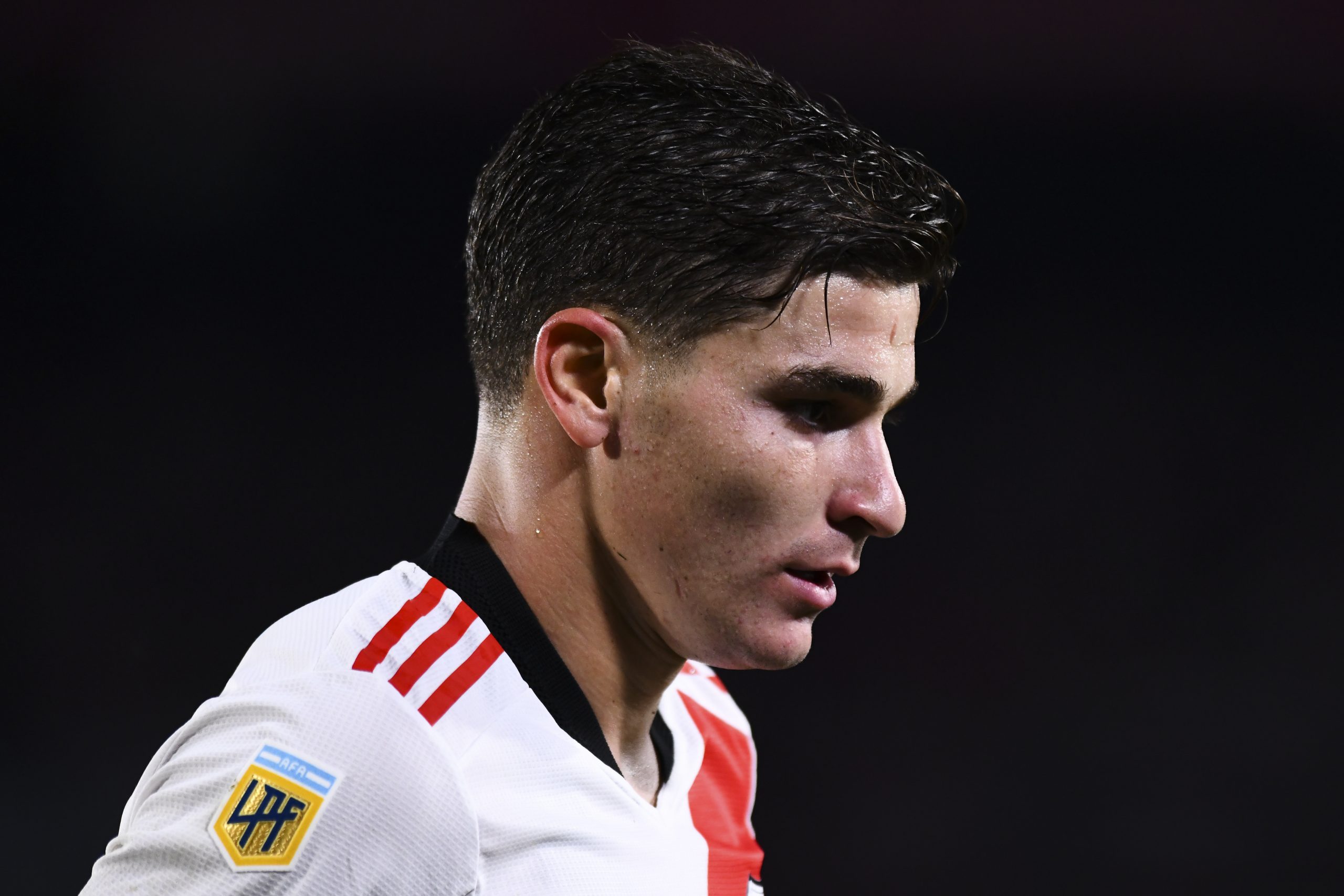 Joan Laporta’s tenure as the new president has been marred with the departure of Lionel Messi. The Barcelona legend, heavily regarded as the greatest footballer of all time, left the club in sour taste as a free agent, joining a team that has a rather lamentable relation with Barça.

That was coupled with Antoine Griezmann’s departure a few weeks later. Left with Memphis Depay, a recovering Ansu Fati, a perpetually injured Ousmane Dembele, and a-far-from-Barça-level Martin Braithwaite, and Luuk de Jong. The impact of the same can be seen every passing game, as Memphis tries to juggle the burden of goalscoring on his own.

Consequently, Barça have been window shopping for forwards for a while. One of the names that has popped in reports recently is River Plate’s Julian Alvarez. Diario Ole has come forward with the report stating that the two parties have already begun negotiations over a switch soon.

The 21-year-old is a striker best resembling the style of Karim Benzema. Boasting of excellent anchor play, he is a brilliant playmaker and mixes that with clinicality in front of goal.

To add to his already brilliant resume, Alvarez is quite versatile and can be deployed as a second striker or a winger. He’s quite quick and likes to press very high.

Ticking every criteria in the box for Xavi, the Argentine has a mere €20 million release clause. Although, even that may be high for a financially strapped Barcelona.

The season in Argentina ends tomorrow, after which Alvarez will have just a year left on his contract. That could give Barcelona more leeway to negotiate with River Plate, who will not like losing him for free.

Barcelona join other European superpowers like Juventus, Inter Milan, AC Milan, and Bayer Leverkusen as teams interested in the services of the striker. They will, in fact, rival River Plate themselves, who look to extend Alavarez’s contract.