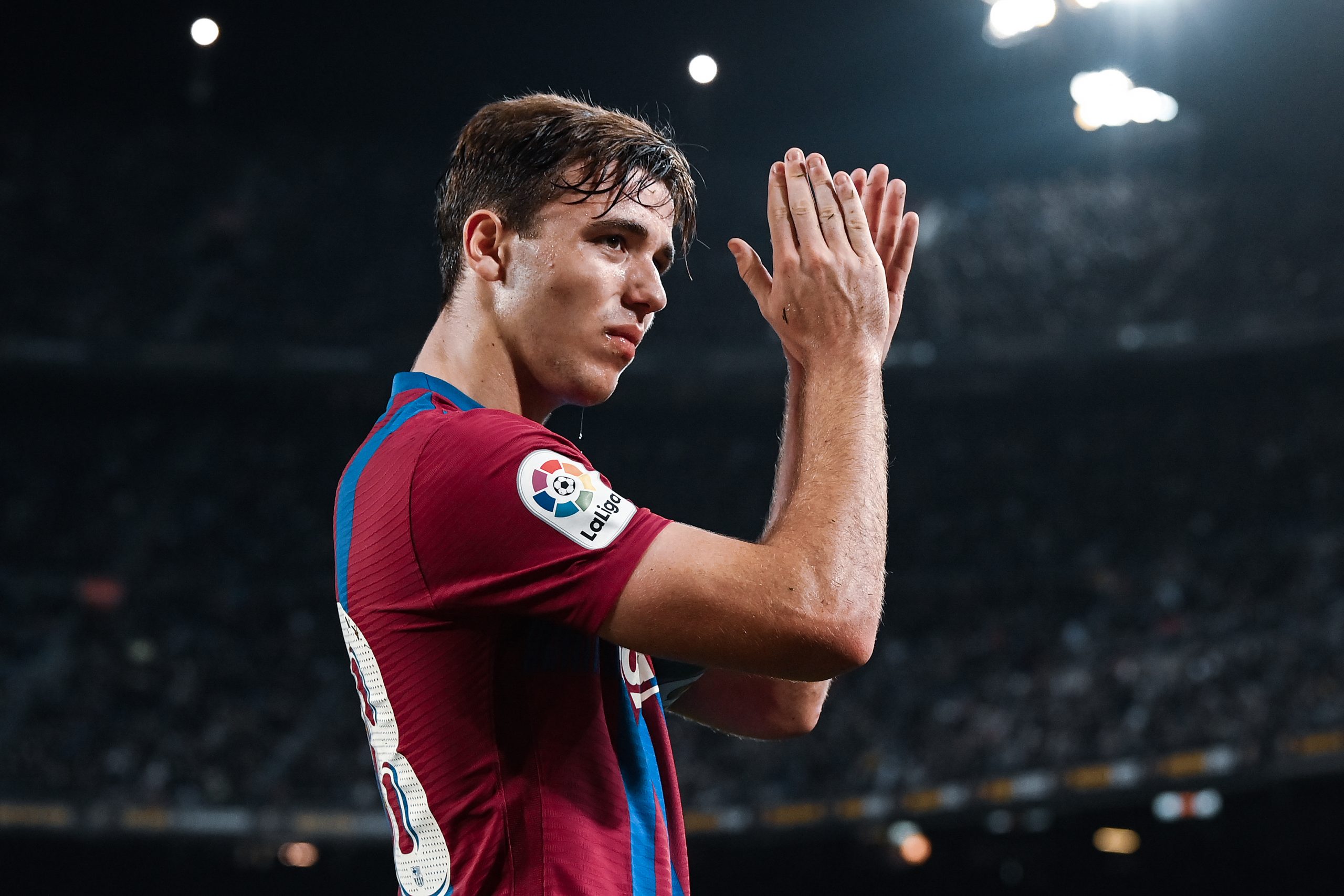 The last season was a mixed bag for Barcelona youngster Nico Gonzalez. Regarded as one of the best prospects to have come through La Masia in recent years, the 20-year-old made his first-team breakthrough under Ronald Koeman and became a part of the senior setup.

However, as the season went on, Nico found game-time hard to come by and was largely used as a substitute off the bench by manager Xavi Hernandez.

With Barcelona now adding Franck Kessie also to the roster, Nico’s game-time could take a further hit in the upcoming campaign.

Nico finished the 2021/22 campaign with 36 appearances in all competitions, even scoring a couple of goals and setting up three more. However, only 12 of those appearances were starts in La Liga.

The lack of game-time is naturally a concern for the 20-year-old, who needs to play regularly in order to continue his development. But with that not forthcoming at Barça currently, Nico’s agent, Jorge Mendes, is trying to convince the midfielder to move on.

The update from Ramon Salmurri further adds that Xavi is not entirely convinced of Nico at this moment either. However, Barcelona are not considering the prospect of selling the La Masia graduate anytime soon.

At the same time, Nico is also not entertaining the idea of a permanent transfer away from Camp Nou. However, the 20-year-old Spaniard could consider leaving the club on loan to ensure that his progress is not stalled.

Nico signed a new contract with Barça last year, extending his stay at the club until 2024. A special talent, at his age, he needs game-time to develop and fulfil the potential he has shown. If that is not guaranteed at Camp Nou, a loan move might be the best option for all parties.