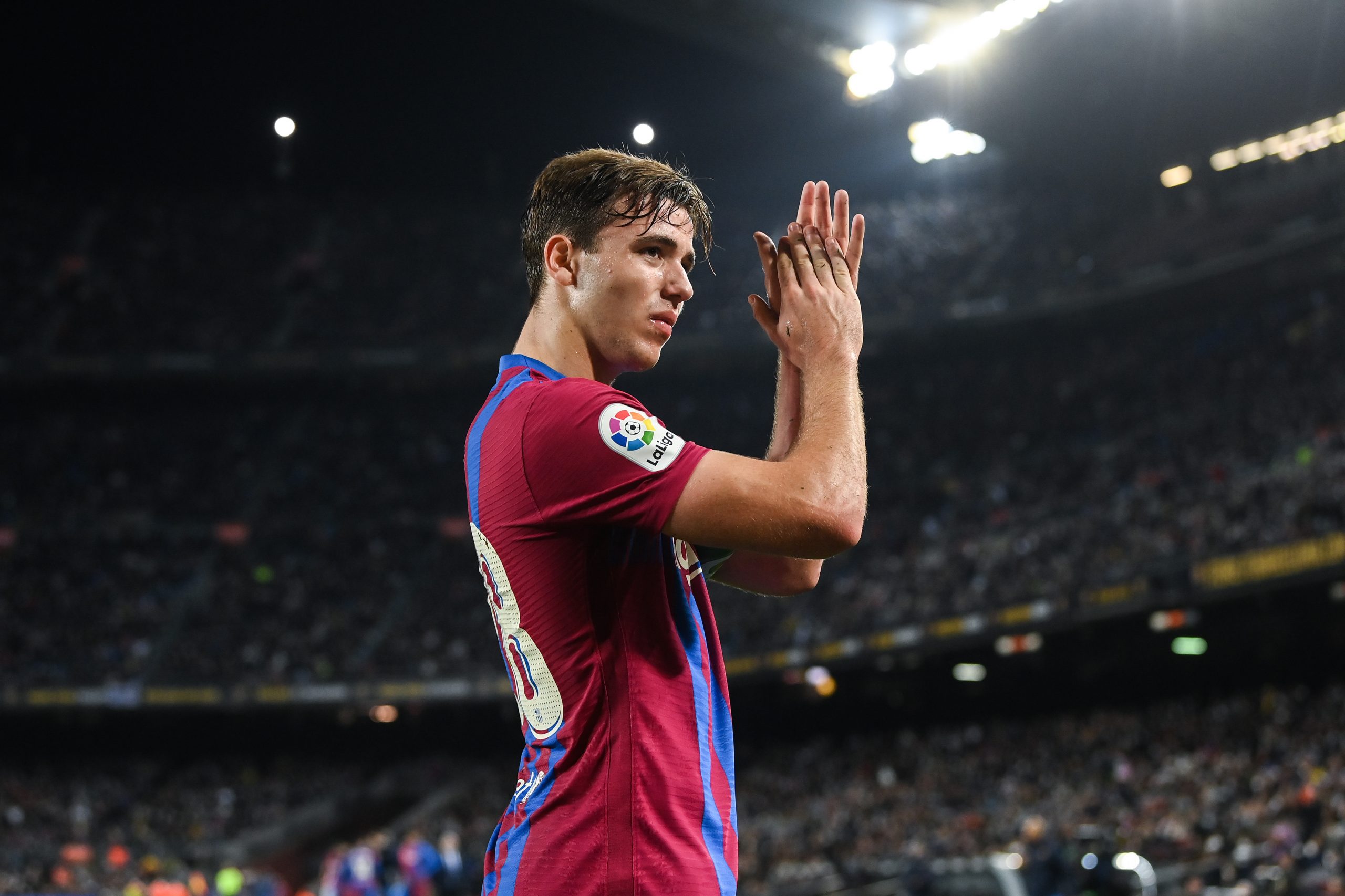 Nico Gonzalez’s Barcelona future is still uncertain. As reported by Mundo Deportivo, the young midfielder is currently prioritizing an exit in order to get the much-needed playing minutes next season. For that, a loan move is supposedly on the cards.

According to what MD has quoted, Nico’s agent, Jorge Mendes was in Barcelona last night where he met with the club president Joan Laporta.

The agenda of the meeting was to discuss Barça’s interest in Bernardo Silva of Manchester City while Francisco Trincao’s situation was chewed over too. At the same time, Nico’s name was brought up but there seems to be no certainty over how Xavi plans to use him next season.

As for the player, he has made peace with the fact that he is well below the pecking order and getting regular minutes will be highly unlikely. Hence, he is seriously considering leaving on loan.

At this moment, Barcelona are reluctant to let him leave on a permanent basis. In fact, now that he has just two more years left on his contract, the Blaugrana are looking to open extension talks which is possibly why they will allow him to leave on loan.

Nico is aware of Barcelona’s intention and he, too, believes he can have a career in the first team. But for now, there seems to be no place for him on the roster.

And since he is open to leaving, suitors are looking to pounce on the given opportunity. The aforementioned outlet says Ligue 1 side Olympique de Marseille are interested and joining the French side would mean the prospect of playing in the Champions League next season.

However, since Jorge Sampaoli’s departure, their interest has kind of cooled down. Furthermore, as far as La Liga sides are concerned, Real Betis, Valencia and Real Sociedad have been credited with an interest.