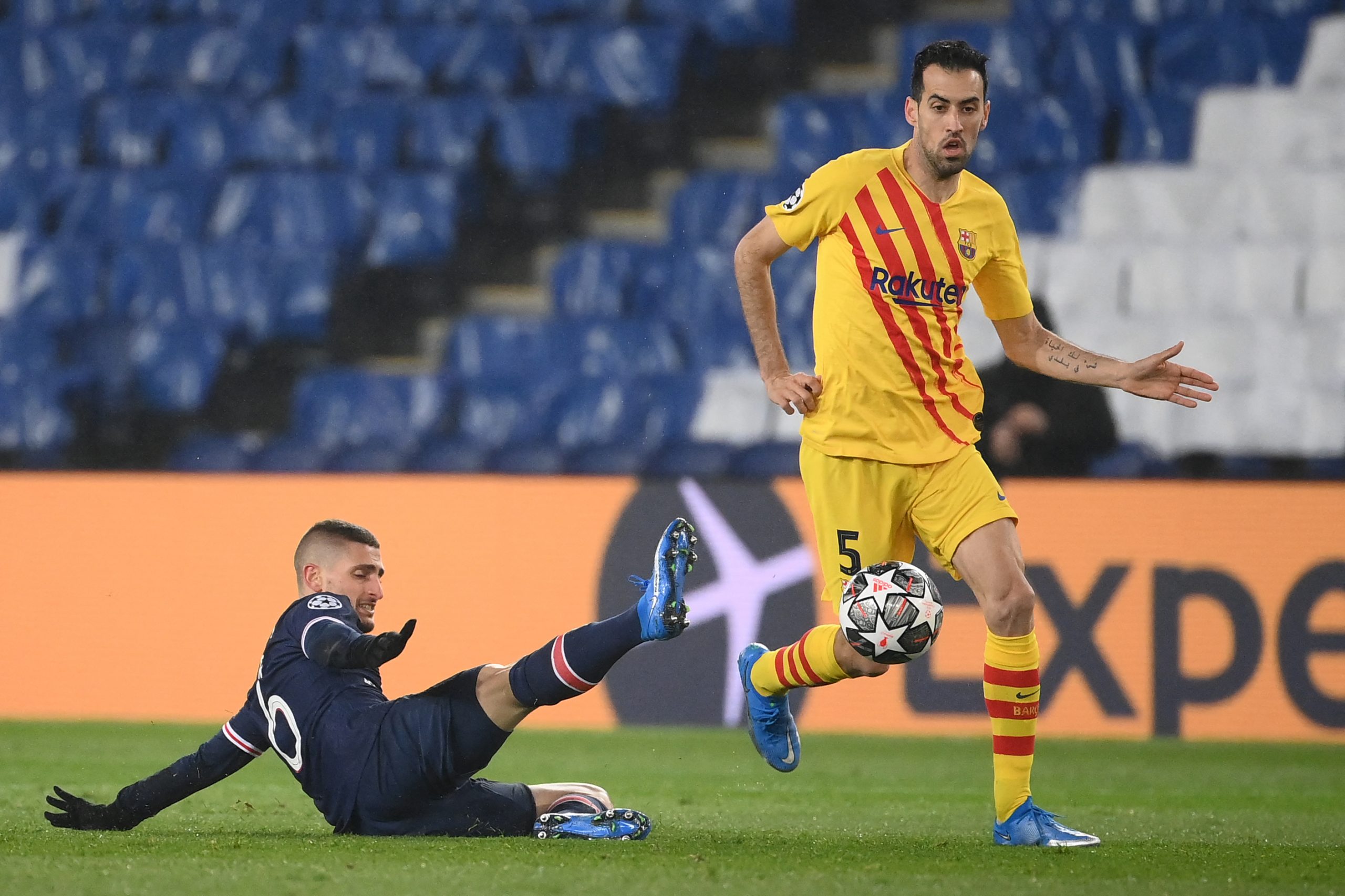 When it comes to technically gifted midfielders, not many in the world can boast of being better than Paris Saint-Germain’s Marco Verratti. The Italian has maintained a consistently high level of football for almost ten years, becoming an inspiration for upcoming midfielders.

Earlier this week, Verratti gave an exclusive interview to L’Equipe, speaking about a range of topics, including his evolution as a player, role in the team, and past and present opponents.

He was also asked about Sergio Busquets as a player who has dominated the game in a similar position for more than a decade. Unsurprisingly, Verratti only had praise for the Barcelona captain.

“Busquets is still one of the best players in his position, under pressure he keeps him calm,” he said.

Verratti was strongly linked to Barcelona at the end of the 2016/17 season but was denied a move by PSG, who ended up buying Neymar for €222 million.

Since Lionel Messi’s departure, Busquets has taken up the captain’s armband at Barça. With the likes of Xavi Hernandez, Gerard Pique, and Dani Alves around him, his job is simplified. The constant criticism directed at him by fans on social media does not help, though.

Barcelona do not have a direct replacement for the veteran midfielder in the current squad, with Frenkie de Jong and Nico Gonzalez developing into phenomenal players in different positions. That said, Boubacar Kamara has been rumoured as a potential replacement in the summer.

In 21 league starts for Barcelona this season, Busquets averages one key pass per game and has scored one goal. He is the most-involved player in the team’s buildup, with an average of 88 passes.