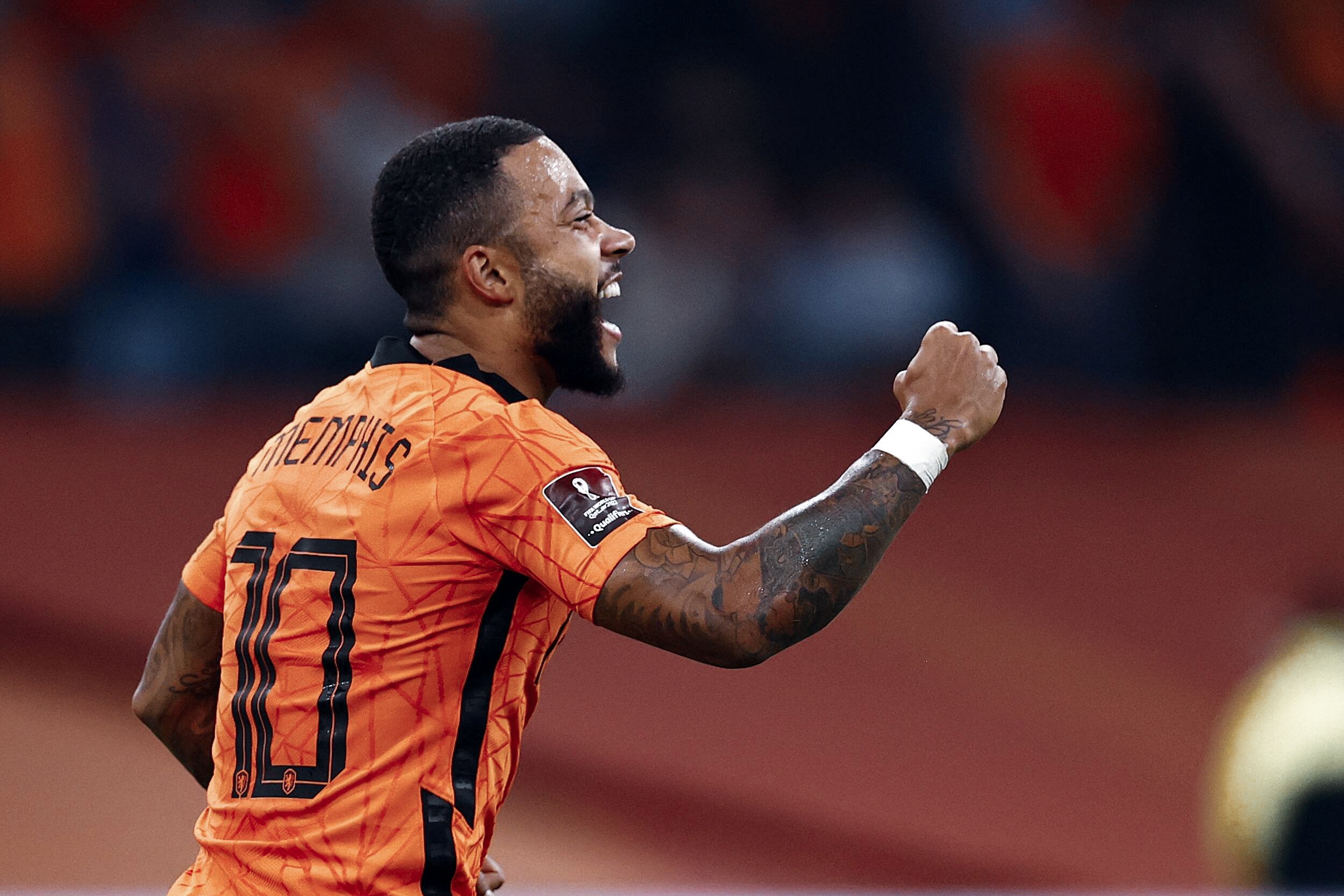 Memphis Depay continued his sensational form in 2021 as the Netherlands took on Turkey for the World Cup qualifiers round 6. The previous meeting between the two was quite eventful as Turkey hit four past the Oranje, conceding just two. Revenge is a dish best served cold, though.

Leading from the front, Memphis helped the Netherlands opened the scoring within one minute of kick-off combining brilliantly with Davy Klaassen inside the box. The midfielder made no mistake as he tucked the ball into the far post with the utmost swagger.

The two were in on it again, playing a sensational one-two outside the box. Memphis first chipped the ball to Klaassen, who flicked it over the Turkish backline, right into the striker’s path. Oozing confidence, Memphis was never going to miss from close range, and the score soon read 2-0.

Caglar Soyuncu gave away the penalty fouling Klaassen in the box, and who else but Memphis took over the job to put Louis van Gaal’s side 3-0 up with a sweet Panenka.

The score read 3-0 till around the 54th minute when the Dutch side started attacking again. Steven Bergwijn showed off his quick footwork, shuffling the ball to his right foot before delivering a menacing cross into the far post. Steven Berghuis got on the end of the same, putting it across the six-yard box, where Memphis dove in to seal his third of the game.

The Netherlands got their fifth through super-sub Guus Til, who was assisted by Teun Koopmeiners. The latter came on for Frenkie de Jong at half-time and slotted in as deepest midfielder.

Putting the final nail in the coffin, Donyell Malen scored the sixth goal, assisted by Devyne Rensch in the 90th minute. When all seemed done, Cengiz Under got one back for Turkey in the 92nd minute.

Memphis played the entire game and registered three goals, one assist, apart from creating four chances. He now has 38 goal contributions (goals + assists) in 2021, which puts him ahead of the likes of Cristiano Ronaldo, Romelu Lukaku, Harry Kane, Karim Benzema, and level with Kylian Mbappe.

A truly 10/10 performance for the Dutchman, who must now keep his numbers as Barça get ready to host Bayern Munich in the UEFA Champions League on Tuesday.