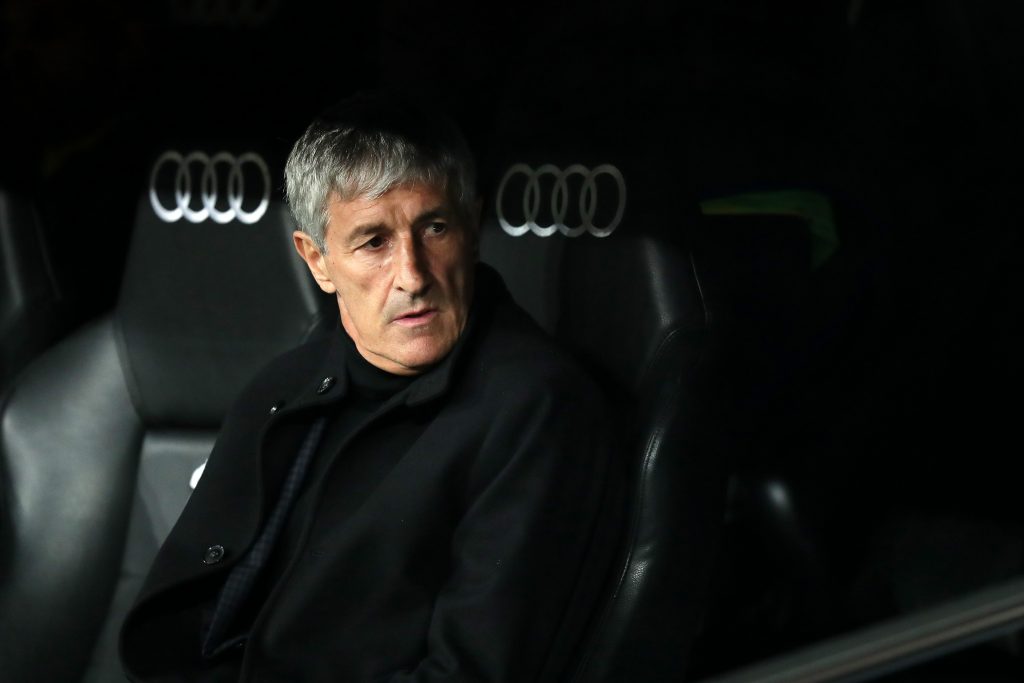 Coach Quique Setién spoke in the press conference after the 0-0 Sevilla draw away at the Ramos Sanchez Pizjuan stadium.

“I’m not satisfied, but one point is still more than nothing. We knew that it was going to be almost impossible to win all our remaining games.”

The Barcelona coach also commented on Piqué, who told that the league isn’t in their hands anymore and that he doesn’t see Madrid dropping points.

“I think it’s the frustration of the moment. Maybe he thinks differently tomorrow.”

Setién remains optimistic about the league and believes that both Madrid and Barça will possibly drop points.

“There are many games left. It will be very difficult for both Madrid and us to win all the points. You have to be optimistic, the reality is that we do not depend on ourselves but this is going to change, there are still many games left.”

“We started well, but as minutes passed, we gave them life. In the second half we didn’t play well, we got disorganised. It was difficult for us to find the right spaces today.”

“These are decisions that have to be made thinking about the match, the rival… We thought that Braithwaite’s choice, with his pace, was better.”

“Ansu Fati? We considered to sub him on. It may have been good to bring him on, but decisions have to be made. Sevilla are a complicated rival and accumulating offensive players weakens you.”